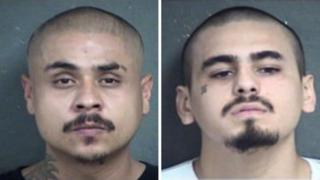 Kansas police have arrested one of two men suspected over a bar shooting that left four dead, while a manhunt continues for the second shooter.

The second suspect, Hugo Villanueva-Morales, remained at large and was “considered armed and dangerous”, police said.

Both men were charged with murder for allegedly shooting nine people after a dispute at a bar on Sunday.

Kansas City Missouri police took Mr Alatorre into custody on Sunday afternoon, with the assistance of agents from the FBI and federal bureau of Alcohol, Tobacco, Firearms and Explosives (ATF).

As the hunt for Mr Villanueva-Morales continued, police warned citizens to not approach him and instead call authorities with any information about his whereabouts.

So far this year, the US has seen more than 40 mass shootings, which are defined as incidents in which at least three people are shot dead.

What do we know about the shooting?

The shooting occurred just before 01:30 local time (06:30 GMT). The suspects fled the scene armed with handguns. Officials said the shooting followed an earlier dispute inside the bar.

Bartender Jose Valdez told local media that the first suspect got into an argument, threw a glass and was asked to leave, but later returned with the second suspect and opened fire.

“He just walked in and looked for who he was looking for and started shooting,” Mr Valdez said.

Police estimated that about 40 people were inside the bar at the time.

According to a CBS News report, the four individuals who died were Hispanic, though police said they did not believe the shooting was racially motivated. 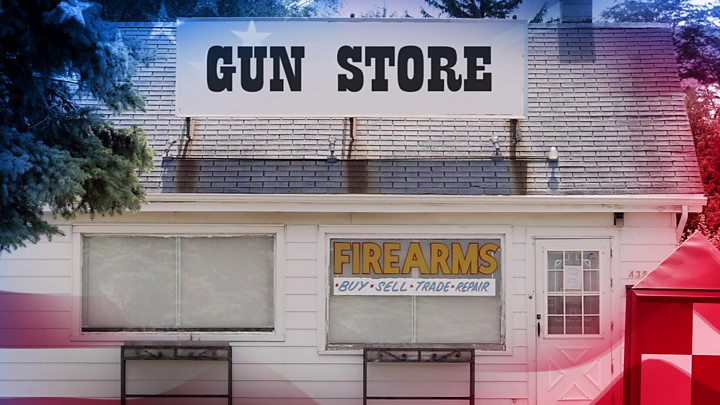 Some of the injured were released from hospital, while others were in a stable condition, police said. One of the injured victims, Michael Barajas, told CBS News that the experience was “horrifying”.

“Seeing bodies drop, and you know, it’s something you usually watch in the movies, you’re seeing in real life,” Mr Barajas said.

The bar typically has a security guard on Saturday evenings but he was not present that day, CBS news reported.

The Kansas City metropolitan area straddles the border between the states of Kansas and Missouri, with the main municipality being Kansas City, Missouri. The shooting occurred in the smaller Kansas City on the Kansas side.