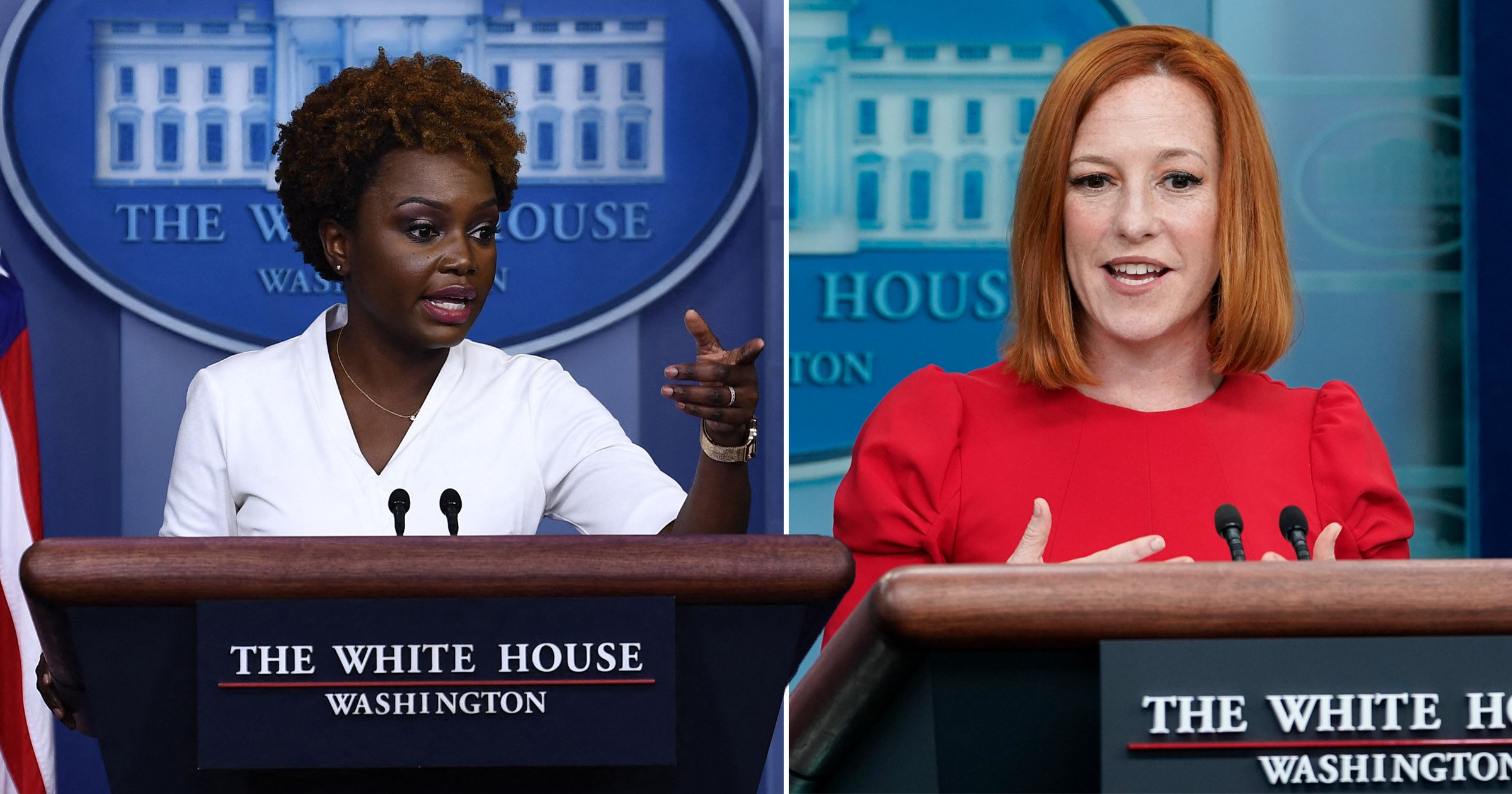 President Joe Biden has announced Karine Jean-Pierre as the new White House press secretary, replacing Jen Psaki who will leave the position on May 13.

Biden in a statement on Thursday said he was ‘proud’ to announce the promotion.

‘Karine not only brings the experience, talent and integrity needed for this difficult job, but she will continue to lead the way in communicating about the work of the Biden-Harris Administration on behalf of the American people,’ Biden stated.

‘Jill and I have known and respected Karine a long time and she will be a strong voice speaking for me and this Administration.’

Biden also thanked Psaki, who is expected to join MSNBC as a host on its Peacock streaming service this spring.

‘Jen Psaki has set the standard for returning decency, respect and decorum to the White House Briefing Room,’ Biden stated.

‘I want to say thank you to Jen for raising the bar, communicating directly and truthfully to the American people, and keeping her sense of humor while doing so. I thank Jen her service to the country, and wish her the very best as she moves forward.’

Psaki on Thursday afternoon tweeted that she is ‘grateful’ to the president and First Lady Jill Biden for trusting to her as press secretary.

‘But today is about @KJP46 (Jean-Pierre) so a few thoughts on this remarkable woman who will soon be behind the podium every day,’ Psaki wrote.

‘Representation matters and she will give a voice to many, but also make many dream big about what is truly possible,’ she said in a separate tweet.

She will be the first black woman and the first openly LGBTQ+ person to serve as the White House Press Secretary. Representation matters and she will give a voice to many, but also make many dream big about what is truly possible.

Jean-Pierre has served in senior communication and political positions within the Biden administration, Biden campaign and to then-Vice President Biden in the Obama administration.

Prior to working on the Biden campaign, Jean-Pierre was an NBC and MSNBC political analyst and chief public affairs officer for MoveOn.org.

The White House also announced that Anita Dunn will return as a senior adviser and assistant to the president.