The Minneapolis police chief testified against the former officer, a rare rebuke in law enforcement killings. 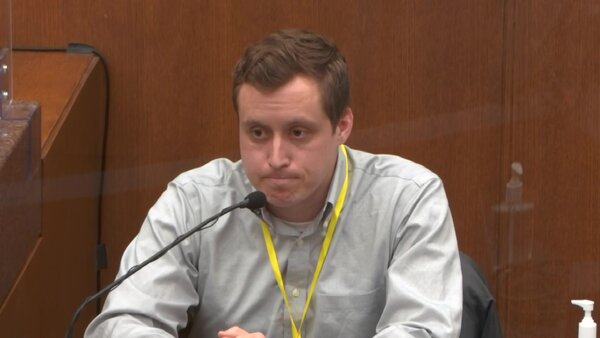 By Will Wright, Shaila Dewan, Nicholas Bogel-Burroughs and John Eligon

The chief of the Minneapolis Police Department and the doctor who pronounced George Floyd dead both testified in the trial of former officer Derek Chauvin on Monday, providing key support for prosecutors’ arguments that Mr. Chauvin’s actions last May killed Mr. Floyd.

Here are some key takeaways as the trial enters Day 7.

The doctor who pronounced George Floyd dead said that lack of oxygen was a likely cause.

Dr. Bradford T. Wankhede Langenfeld, who tried to save Mr. Floyd for 30 minutes before pronouncing him dead, said on Monday he believed that Mr. Floyd died from a lack of oxygen. The prosecution has maintained that “asphyxia,” or a deficiency of oxygen, caused Mr. Floyd’s death.

During a cross-examination, Dr. Wankhede Langenfeld told Eric J. Nelson, Mr. Chauvin’s lawyer, that asphyxia can be caused by a number of factors, including drug use. The defense wants to emphasize a toxicology report that found methamphetamine and fentanyl in Mr. Floyd’s system, but the doctor said he considered an overdose an unlikely cause of death.

Dr. Wankhede Langenfel also said that patients experiencing cardiac arrest have a 10 to 15 percent decrease in their chance of survival for every minute that CPR is not administered. Police officers did not administer CPR at the scene, even after Mr. Floyd lost consciousness.

The chief of the Minneapolis Police Department, Medaria Arradondo, testified on Monday that Mr. Chauvin “absolutely” violated the department’s policies when he knelt on Mr. Floyd for more than nine minutes. The statement was an unequivocal rebuke from the chief, and an unusual display of an acting chief testifying against a police officer.

“Once Mr. Floyd had stopped resisting, and certainly once he was in distress and trying to verbalize that, that should have stopped,” Chief Arradondo said.

Mr. Chauvin’s defense pushed back on the issue of any possible policy violations, asking Chief Arradondo whether police officers often have to evaluate many factors when applying force to a suspect, such as any possible threat from a nearby crowd.

An expert on use-of-force training said officers should not keep handcuffed suspects on their stomach.

The court on Monday also heard from Inspector Katie Blackwell, a veteran Minneapolis police officer who said she had known Mr. Chauvin for 20 years. Speaking about use-of-force training, Inspector Blackwell said officers should be careful when holding a handcuffed person on their stomach because the position can make it difficult to breathe. Asked when officers should remove people from this position, she said, “As soon as possible.” Mr. Floyd was kept on his stomach for more than nine minutes, pinned to the ground by Mr. Chauvin’s knee.