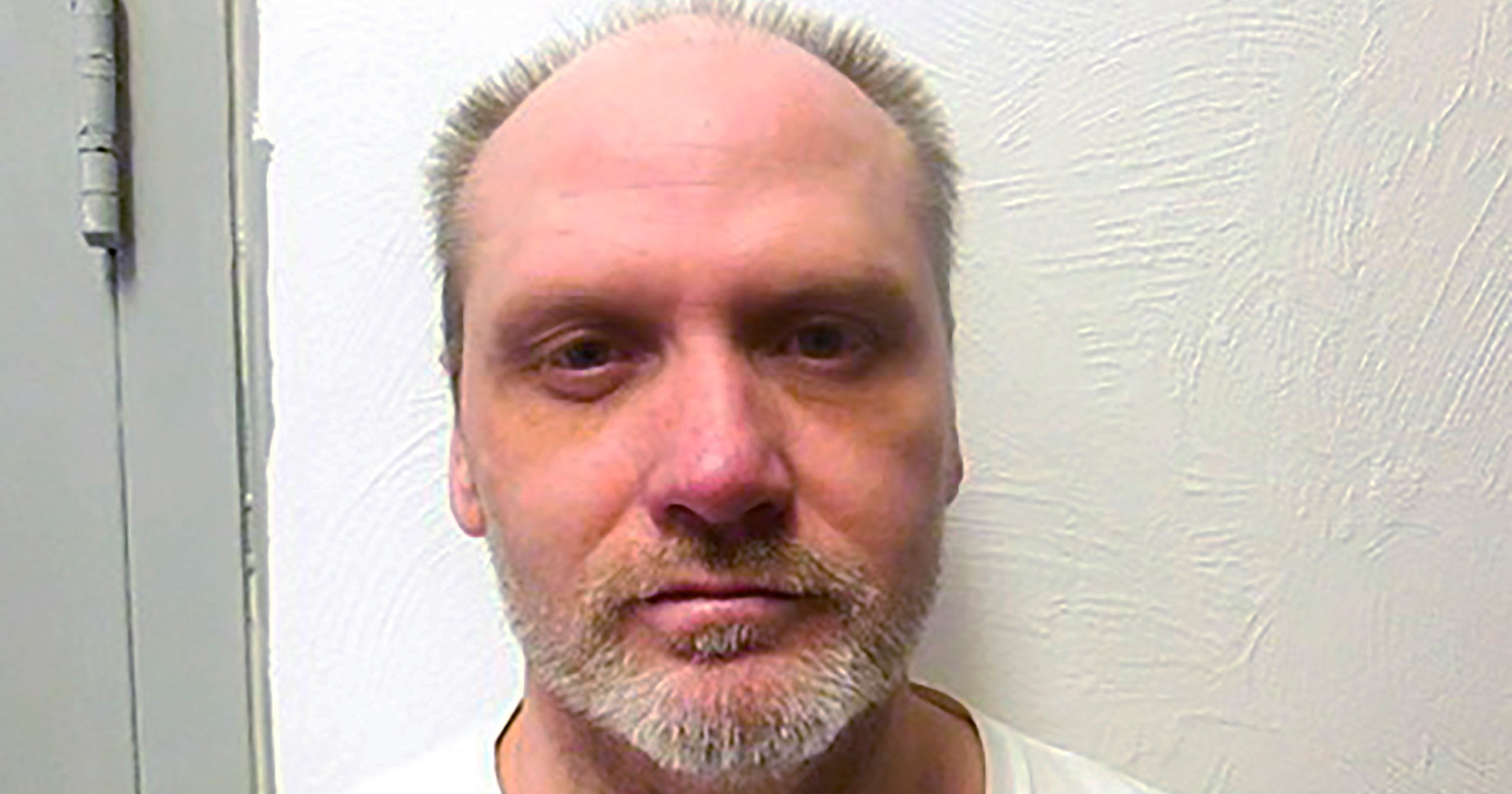 Coddington, 50, was received a lethal injection and was pronounced dead at 10.16am. He was sentenced to death for the murder of Albert Hale in 1997 amid his struggle with a crack cocaine addiction.

His attorneys and advocates had hoped his remorse for Hale’s murder, his extremely traumatic upbringing and rehabilitation while on death row would save him. But Governor Kevin Stitt couldn’t be convinced, and declined his request for clemency.

‘To all my family and friends, lawyers, everyone who’s been around me and loved me, thank you,’ Coddington said while strapped to a gurney inside the death chamber. ‘Gov. Stitt, I don’t blame you and I forgive you.’

He then flashed a thumbs up to his attorney, who could be seen crying in the witness room.

Coddington was placed on death row after he beat 73-year-old Albert Hale to death with a hammer in 1997. He was 24-years-old at the time and battling a severe drug and alcohol addiction.

The murdered man’s son, Mitchell Hale, signaled it was a new day for his family.

‘We can finally move on. It’s not going to heal anything, but it closes this chapter,’ Hale said, noting that Coddington did not express remorse for killing his father in his final words.

Coddington had asked for his sentence to be commuted to life in prison without the possibility of parole, with many people supporting him, including the state’s Pardon and Parole Board. Still, the governor denied him clemency after reviewing both side’s arguments.

Coddington is the first of 25 inmates the state of Oklahoma intends to put to death through 2024.