Kobe Bryant’s widow has revealed she first learned of his death through online tributes posted in the aftermath of the fatal helicopter crash.

Basketball legend Bryant died alongside his 13-year-old daughter Gianna and seven others on 26 January 2020.

Vanessa Bryant is suing the Los Angeles County Sheriff’s Department for negligence and invasion of privacy, claiming officers shared graphic photos of the crash scene – including images of Kobe and Gianni’s bodies. 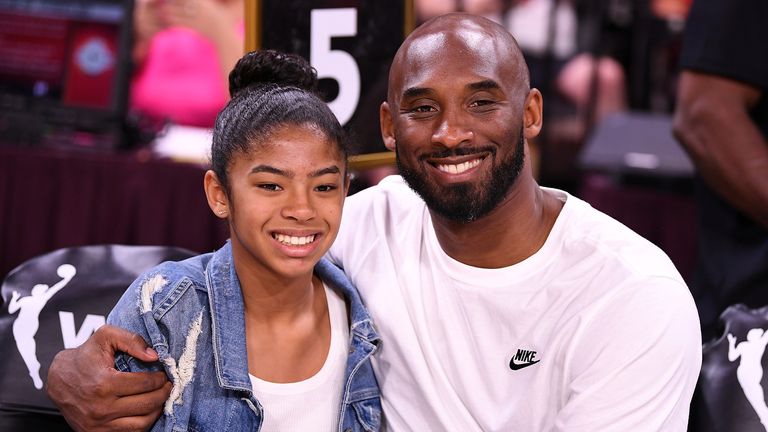 According to a transcript of a deposition obtained by USA TODAY Sports, a county attorney asked her when she had first learned her husband had died.

Ms Bryant said she had been calling her mother when notifications began appearing on her phone.

She then had to drive almost two hours to the sheriff’s station to find out what had happened.

After sheriff Alex Villanueva confirmed her husband and their teenage daughter were dead, he asked Mrs Bryant if he could do anything for her.

She replied: “If you can’t bring my husband and baby back, please make sure that no one takes photographs of them. Please secure the area.” 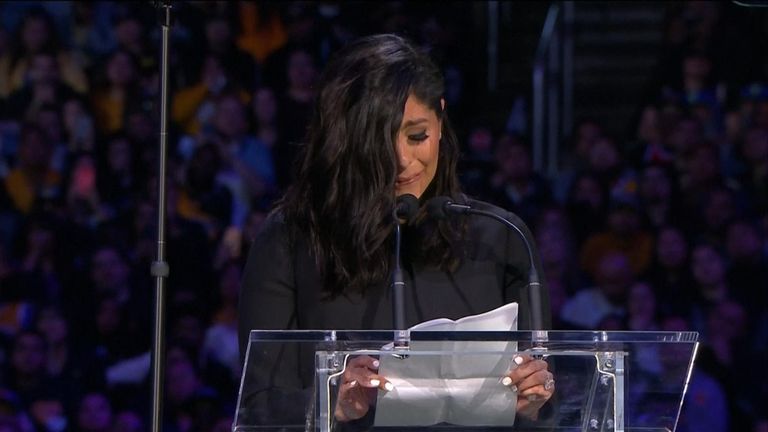 The deposition document alleges a young deputy trainee officer showed pictures of the crash site to a bartender, and a fire department official shared images on his phone at a banquet.

“I do not want my little girls or I to ever have to see their remains in that matter.

“Nor do I think it’s right that the photographs were taken in the first place because it’s already tough enough that I have to experience this heartache and this loss. But to live the rest of my life having to fear those photographs surfacing is something that I have to deal with every single day.”

Ms Bryant said that she kept the clothes her husband and daughter were wearing when they died. “And if their clothes represent the condition of their bodies, I cannot imagine how someone could be so callous and have no regard for them or our friends, and just share the images as if they were animals on a street,” she said.

Ms Bryant said she is “not asking for a dollar amount” in damages, but wanted accountability, calling the loss of her family “the worst thing imaginable”.

“My life will never be the same without my husband and daughter,” she said.