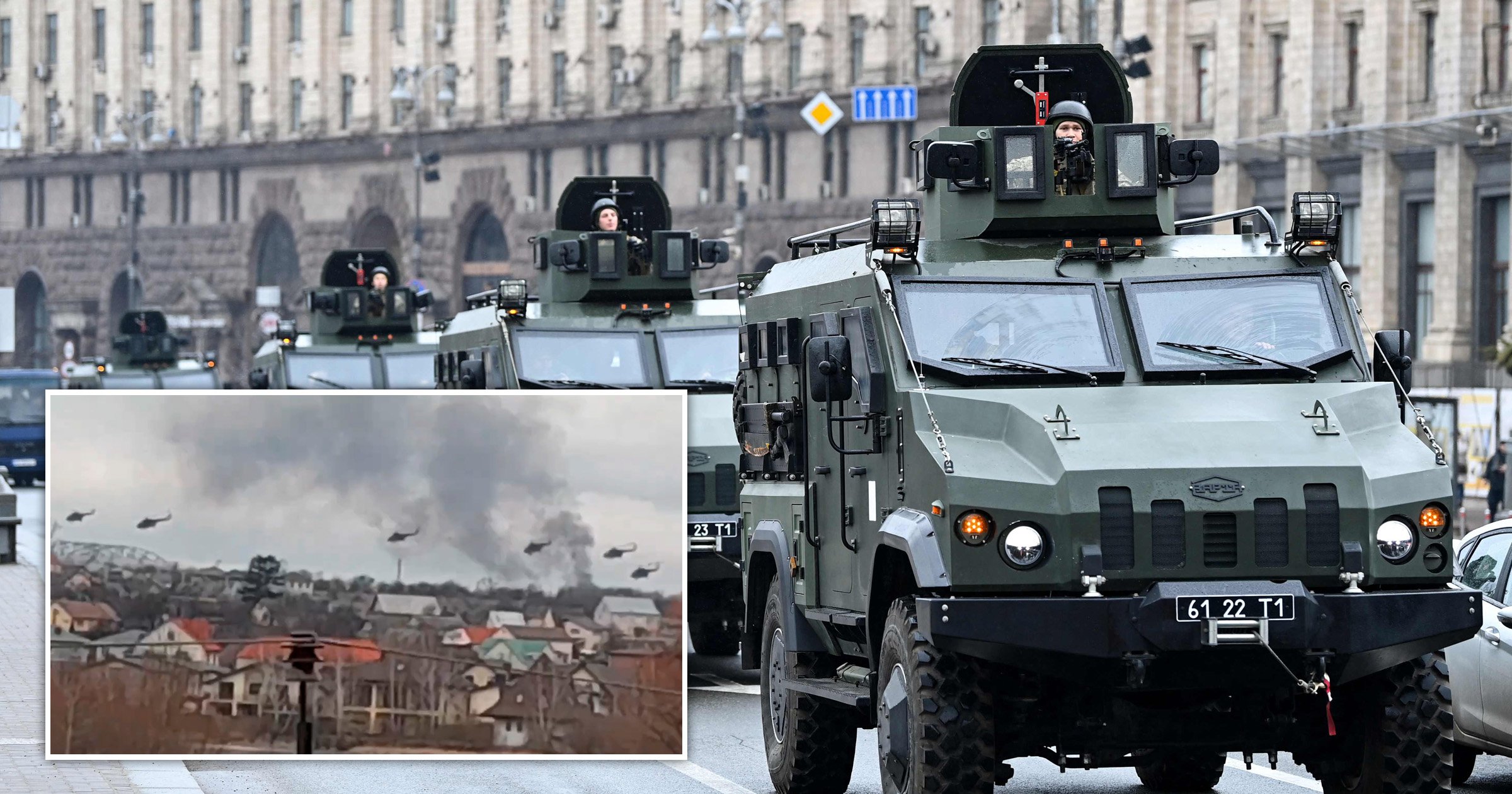 Ukraine has mobilised all its military forces to defend itself, as Russian forces encircled Kyiv and US officials reportedly believe Ukraine’s capital city will fall within several days.

Ukrainian President Zelensky’s general mobilisation order on Thursday means all all military reserves and civilians who can defend the country are called to duty.

Earlier on Thursday, three US officials told Newsweek they expect Kyiv will be taken by Russian President Vladimir Putin within 96 hours.

Russian President Vladimir Putin’s statement of a ‘special military operation’ to ‘demilitarize’ Ukraine reflect his intention to encircle Ukrainian forces and make them surrender or face being destroyed, the officials said. Ukraine’s leadership may be toppled in about a week, they added.

As Ukraine endured a Russian assault from the air and its north, east and south borders, its people fought back. Ukraine recaptured a crucial airfield in the northwest suburbs of Kyiv, a presidential adviser told Reuters late Thursday.

A former senior US intelligence officer with extensive experience on Russia echoed the assessment of the three US officials.

‘After the air and artillery end and the ground war really starts, I think Kyiv falls in just a few days,’ the former intelligence officer told Newsweek. ‘The military may last slightly longer, but this isn’t going to last long.’

Russia/Ukraine invasion: all you need to know

Russian forces have launched an attack on Ukraine, with swathes of the country – including capital city Kyiv, bring hit by rocket strikes.

Troops from Russia crossed the Crimea border into Ukraine in the early hours of February 24 after President Vladimir Putin gave the order for his invasion to begin.

Boris Johnson launched a scathing attack on the Russian leader as he unveiled a package of sanctions against the country, saying said Putin ‘will never be able to cleanse the blood of Ukraine from his hands’ and will be ‘condemned’ in the eyes of history.

He said President Vladimir Putin’s regime would be condemned to ‘pariah status’ after unleashing its ‘tidal wave of violence’ against its western neighbour.

Russia invades Ukraine live updates: Kyiv hit by second missile wave
Chernobyl nuclear power plant captured by Russian forces after violent fighting
Turkish ship hit by bomb off the coast of Ukraine
Russian invasion is ‘catastrophe for continent’ Boris Johnson warns
Live interactive map shows where Russia is attacking Ukraine
Boris Johnson in fierce attack against Vladimir Putin after invasion of Ukraine
Thousands of refugees pour into neighbouring countries after Ukraine invasion
Heavy fighting breaks out near Chernobyl waste storage
What would happen if Russia invaded a Nato country?
Does military conscription still exist in the UK?
What is martial law as it is declared in Ukraine?
What does ‘slava Ukraini’ mean?