A man who survived a triple shooting in Wisconsin last year has told a court he was wounded while trying to disarm the 17-year-old gunman.

Gaige Grosskreutz, 27, was the third person to be shot by Kyle Rittenhouse on 25 August 2020.

Mr Grosskreutz told the jury in Kenosha he thought he would be killed, too, becoming tearful as he told his story.

Rittenhouse shot him in the arm, “vaporizing” his right bicep, Mr Grosskreutz added.

He has lost some feeling from his bicep to his thumb and has difficulty lifting heavy objects, he said. 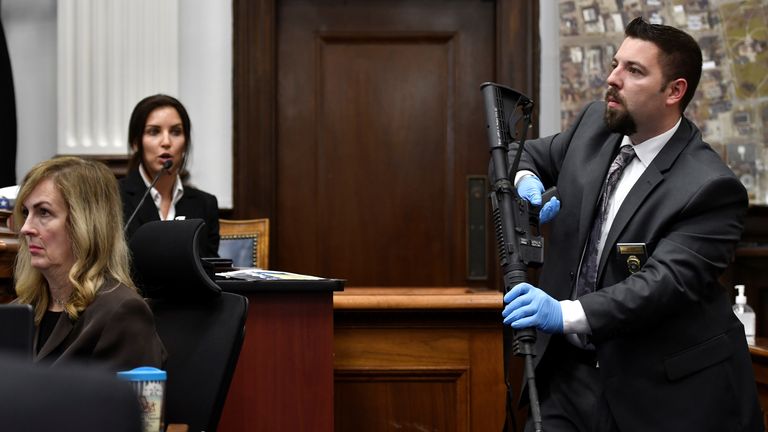 Rittenhouse, now 18, went to Kenosha last year with a rifle and a medical kit to protect property, his defence team has claimed.

Violent protests had broken out following the shooting of a black man, Jacob Blake, by a white police officer.

Prosecutors contend that Rittenhouse instigated the bloodshed and killed one of the victims with a bullet to the back.

His lawyers, however, claim he acted in self defence and had feared his weapon would be taken from him.

Mr Grosskreutz told the jury he drew his own pistol after the bloodshed started.

“I thought the defendant was an active shooter,” he said.

Asked what was going through his mind as he got close to Rittenhouse, he said: “That I was going to die.” 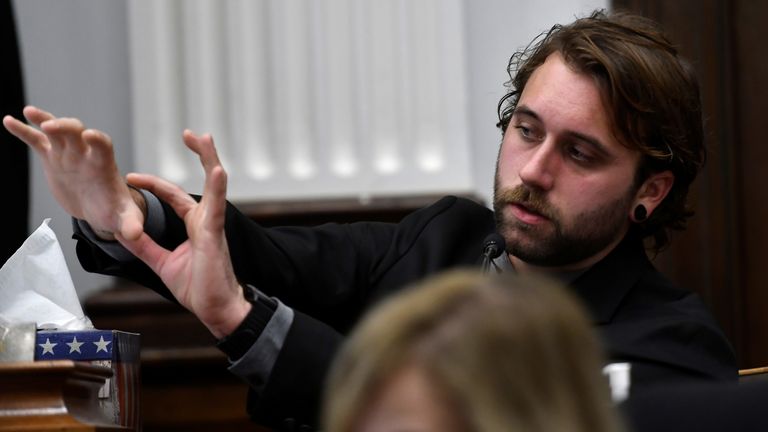 Explaining his presence, Mr Grosskreutz said he went to the protest to serve as a volunteer medic, wearing a hat labelled “paramedic” and carrying medical supplies in addition to a loaded pistol.

“I believe in the Second Amendment,” he said. “I’m for people’s right to carry and bear arms, and that night was no different than any other day. It’s keys, phone, wallet, gun.”

While being questioned by the prosecution, Mr Grosskreutz said he had his hands raised as he got close to Rittenhouse.

“That’s not the kind of person that I am,” he replied. “That’s not why I was out there. It’s not who I am. And definitely not somebody I would want to become.”

He added that he began to take action after seeing Rittenhouse kill another man just feet away.

Defence attorney Corey Chirafisi asked: “It wasn’t until you pointed your gun at him, advanced on him … that he fired, right?” Mr Grosskreutz denied chasing Rittenhouse and said he was concerned about Rittenhouse’s safety after seeing others chase him and someone try to kick him.

Mr Chirafisi mentioned a lawsuit Mr Grosskreutz has brought against the city of Kenosha, in which he alleges police enabled the violence by allowing an armed militia to have the run of the streets during the demonstration.

“If Mr Rittenhouse is convicted, your chance of getting 10 million bucks is better, right?” Mr Chirafisi said.

Witnesses have testified that the first man shot and killed, Mr Rosenbaum, was “hyperaggressive” and “acting belligerently” and had threatened to kill Rittenhouse at one point.

It is thought he may take the stand to explain his actions.