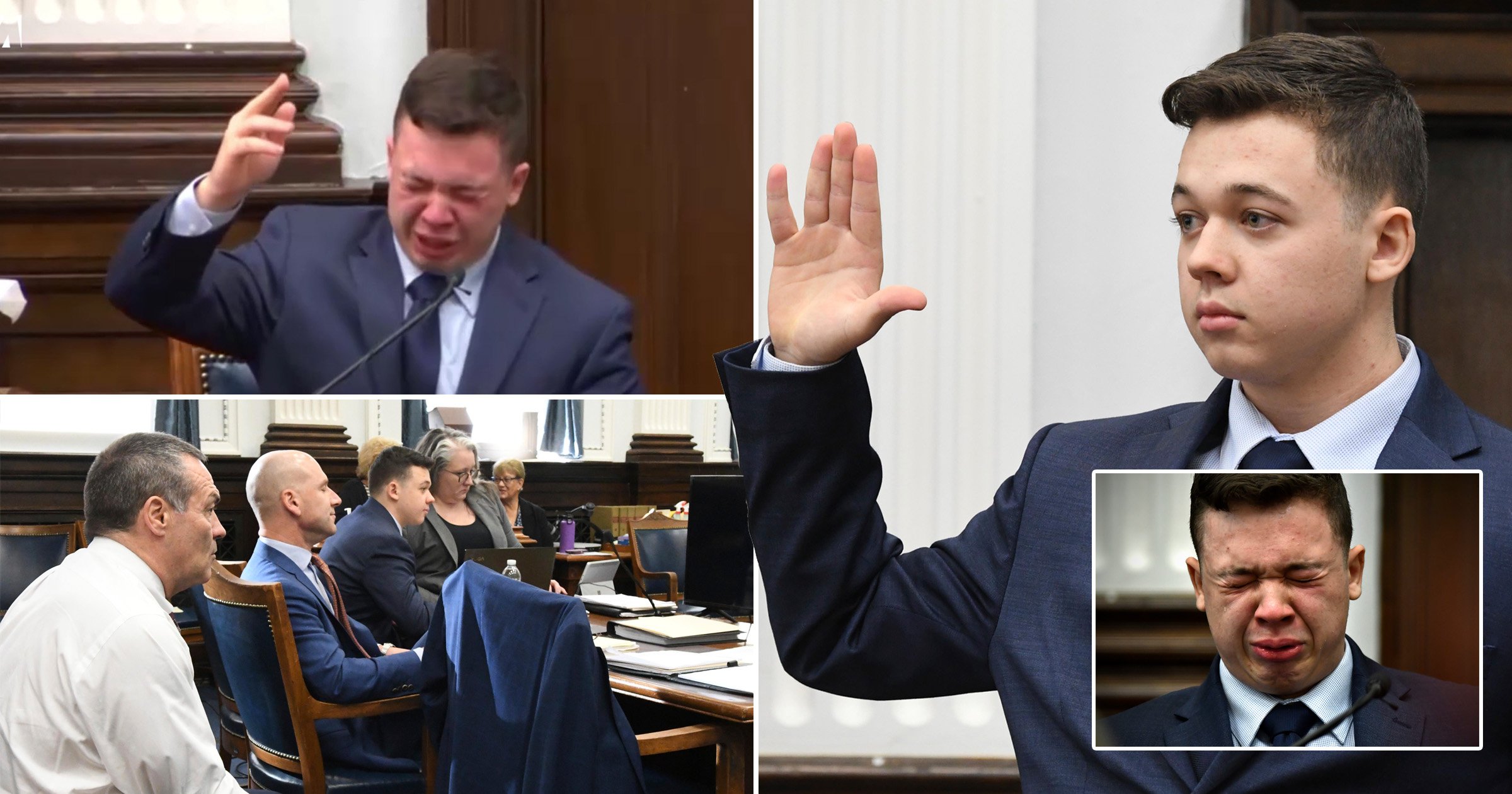 Kyle Rittenhouse took the stand Wednesday in his homicide trial for the shootings during last year’s riots in Kenosha, Wisconsin, which killed two men and injured a third.

The 18-year-old was called by his defense team to testify about the shootings that killed Joseph Rosenbaum, 36, and Anthony Huber, 26, and wounded Gaige Grosskreutz, 27.

Questioning Wednesday turned to the details of Rittenhouse’s encounter with Rosenbaum, the first person he shot and killed. During his recount of the events, Rittenhouse said Rosenbaum was carrying a chain, screaming, shouting racial epithets and threatening his life.

While on the stand Rittenhouse was brought to tears and began sobbing while describing how he was ‘cornered’ by Rosenbaum.

‘That’s when I run,’ he said before becoming too emotional to continue. The judge was then prompted to call a brief recess.

Rittenhouse testified that Rosenbaum had threatened to kill him twice that night.

‘He screamed, if I catch any of you alone, I’m going to f-ing kill you,’ Rittenhouse said.

When asked why he immediately tried to turn himself in to the police, Rittenhouse replied, ‘I didn’t do anything wrong. I defended myself.’

The former police youth cadet was 17-years-old when he went to Kenosha with an AR-style semi-automatic rifle and a medical kit in what he maintains was an effort to safeguard property. At the time, protestors flooded the streets of Kenosha following the police shooting of black man Jacob Blake, who was left paralyzed from the waist down.

Rittenhouse faces six criminal charges, including intentional homicide for the fatal shootings, which he says he did out of self defense.

As soon as he was called to the stand, Rittenhouse was asked ‘Did you come into downtown Kenosha looking for trouble?’

Rittenhouse also contested a claim made by the third person shot Gaige Grosskreutz, who had told the jury Rittenhouse had ‘re-racked’ his weapon.