The coronavirus is spreading faster in Manitoba than in any other province or state in Canada, the United States or Mexico, though the premier has resisted new restrictions. 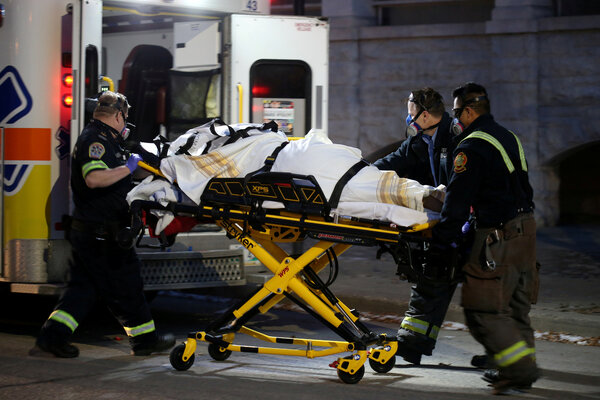 By Ian Austen and Dan Bilefsky

OTTAWA — Last year the Canadian province of Manitoba seemed to be a model of how to handle a pandemic: Its case numbers were low compared to Europe and the United States, and deaths were rare.

But now the coronavirus is spreading faster in Manitoba than in any other province or state in Canada, the United States or Mexico, with Indigenous people and people of color hit disproportionately hard.

At a time when Canada’s vaccination program is hitting its stride after a slow rollout, with many provincial governments laying out plans for gradual reopenings into the fall, Manitoba is in crisis mode.

Over the past two weeks, the province has reported a daily average of 35 new cases per 100,000 people, far exceeding Canada as a whole, which is averaging about 10. Manitoba has more than twice as many new cases per day than the next-highest state or province.

The situation is a remarkable reversal. Manitoba once stood out as an example of the effectiveness of tight restrictions, like closing its borders to the rest of Canada, to curb the spread of the virus.

Manitoba later eased or lifted many of those restrictions. But as a third wave of infections struck, its premier, Brian Pallister, resisted the restoration of many of them.

“We’ve gone from being almost the best-case scenario — the way to do it right with almost no cases — to now the worst in North America,” said Mary Agnes Welch, a principal in Probe Research, a polling firm in the provincial capital, Winnipeg. “How did we get here? There’s a sense of sort-of bafflement about that among Manitobans.”

The typical Covid symptoms are changing as the Delta variant takes hold across Britain. According to research, a headache, sore throat and a runny nose…

Prince Harry's hair loss has accelerated since he moved to the United States with his wife Meghan last year, according to a leading UK cosmetic…