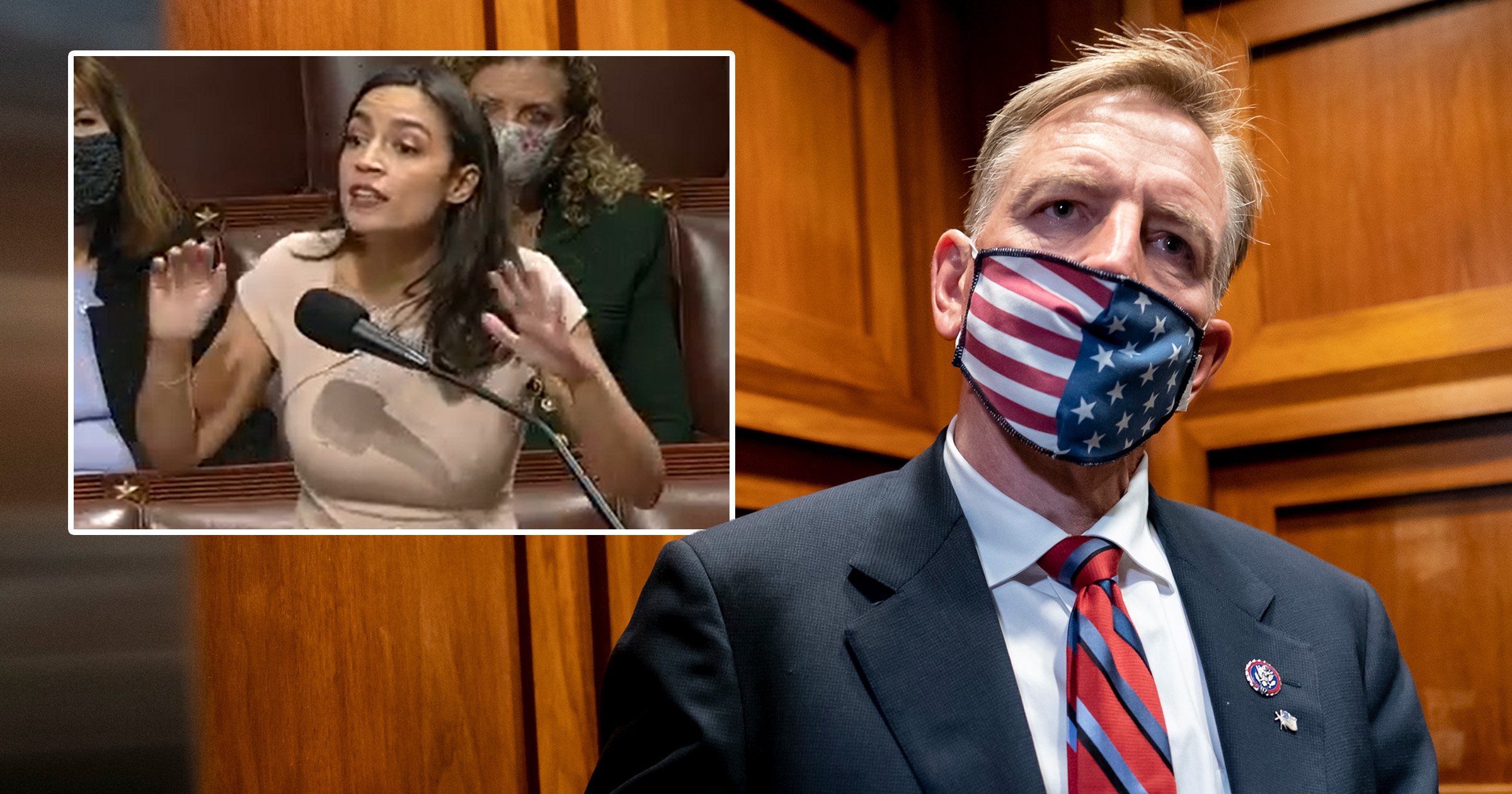 The House has voted to censure a Republican lawmaker who posted an animated video that depicted himself killing Democratic Representative Alexandria Ocasio-Cortez with a sword and attacking President Joe Biden.

Democrats said that the video, posted by Arizona Representative Paul Gosar, was a clear threat to the lawmaker’s life. They argued that such behavior would not be tolerated in any other workplace – and shouldn’t be in Congress.

The vote to censure Gosar, and also strip him of his committee assignments, was approved on Wednesday by a 223-207 vote, almost entirely along party lines.

Republican Minority Leader Kevin McCarthy called the vote an ‘abuse of power’ by Democrats to distract from national problems.

Censuring Gosar is one of the strongest punishments the House can give out, and is just the latest example of the tension that has filled Congress since the 2020 election and violent attack on the Capitol that followed.

Following the censure, McCarthy said a ‘new standard will continue to be applied in the future’, a signal of potential ramifications for Democratic members in future Congresses.

Democrats countered that there was nothing political about the action.

‘These actions demand a response. We cannot have members joking about murdering each other,’ said House Speaker Nancy Pelosi. ‘This is both an endangerment of our elected officials and an insult to the institution.’

Ocasio-Cortez responded in an emotional speech on the House floor.

‘Our work here matters. Our example matters. There is meaning in our service. And as leaders, in this country, when we incite violence with depictions against our colleagues that trickles down to violence in this country. And that is where we must draw the line,’ the New York Democrat said.

The Republican lawmaker firmly rejected what he called the ‘mischaracterization’ that the cartoon was ‘dangerous or threatening.’

‘I do not espouse violence toward anyone. I never have. It was not my purpose to make anyone upset,’ Gosar said.

He then compared himself to Alexander Hamilton, the first Treasury secretary, whose censure vote in the House was defeated.

‘If I must join Alexander Hamilton, the first person attempted to be censured by this House, so be it, it is done,’ Gosar said.

Gosar is the fourth member of Congress to be censured in nearly 40 years.