[What you need to know to start your day: Get New York Today in your inbox.]

Suspicion has swirled around the brother of a New Jersey man killed with his wife and two children on Tuesday at their home, which erupted in a large, suspicious fire.

But a lawyer for the man, Paul J. Caneiro, defended his client on Thursday, and said he was at home when his brother was killed and his house sent up in flames.

“He loved him,” the lawyer, Robert A. Honecker Jr., said in an interview. “And he would not do his brother any harm.”

Mr. Caneiro was charged with setting two predawn fires on Tuesday at his Ocean Township home while his wife and daughters were inside. No one was injured in those blazes.

But firefighters responding to a fire about seven hours later in Colts Neck, N.J., 12 miles away, made a gruesome discovery: the bodies of Keith Caneiro, 50; his wife, Jennifer Karidis Caneiro, 45; and their two children, James, 11, and Sophia, 8.

Keith Caneiro was found shot to death outside; his wife and children were inside the burning house.

Paul Caneiro remained in jail on aggravated arson charges for the fires at his home, and he has not been charged with the attack on his brother’s family.

But as investigators continued searching for a suspect and a motive in the slayings on Thursday, Mr. Honecker said his client had not committed the crimes.

“He maintains his innocence on the current charge and the potential charges,” Mr. Honecker said. “His family fully supports him as he moves forward with his defense and he expects to be fully exonerated as this case is resolved.” 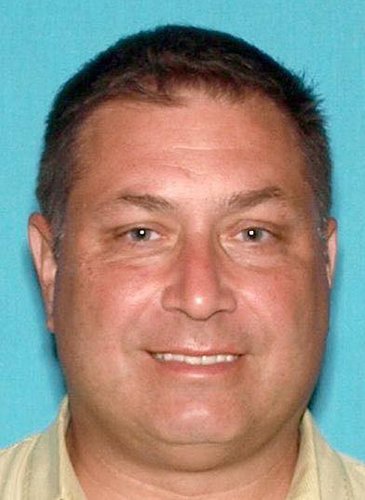 Mr. Honecker called the Caneiro brothers “best friends” and said there was no reason to believe there had been any serious conflict brewing between them. The men were also business partners in two companies, Square One, a technology consulting firm, and EcoStar Pest Management, a pest control firm, both in the same building on Cookman Avenue in Asbury Park.

Mr. Caneiro is set to make his first court appearance next week, when prosecutors are expected to expound on what investigators believe transpired at the brothers’ homes. He is scheduled to appear on Wednesday in Monmouth County Superior Court before Judge James J. McGann, who will decide whether to release him or keep him in custody.

Monmouth County officials were not available to comment on Thursday. Government offices were closed because of the Thanksgiving holiday.

The home of Keith Caneiro’s family in Colts Neck remained a crime scene on Thursday as investigators came and went from the house just beyond a police barricade.

Officials have not said how Ms. Caneiro and the children died, and it was not clear whether their autopsies had been completed.

Around 5 a.m. on Tuesday, police and fire agencies had rushed to Paul Caneiro’s home at 27 Tilton Drive, where they put out a fire at the back of the home and a smaller blaze on the attached garage door, according to the Monmouth County District Attorney’s Office.

Mr. Caneiro’s wife had been sleeping in a second-floor bedroom when the fires started, officials said, but she, her husband and their two children met the emergency workers outside and were not harmed.

At the court hearing on Wednesday, Monmouth County prosecutors are expected to argue that Mr. Caneiro should be held in jail because he is a flight risk or a danger to public safety, or both, his lawyer said.

“We’re going to challenge both their probable cause to charge him as well as the two-pronged reason for detaining him,” Mr. Honecker said. If convicted of arson, Mr. Caneiro faces a sentence of five to 10 years in prison.

His family believes he is innocent, the lawyer said.

“They are the alleged victims in this case,” he continued. “They love and fully support him.”