A machine that acted as an artificial lung kept her eligible for a transplant as she dealt with cystic fibrosis. She went on to compete again in marathons. 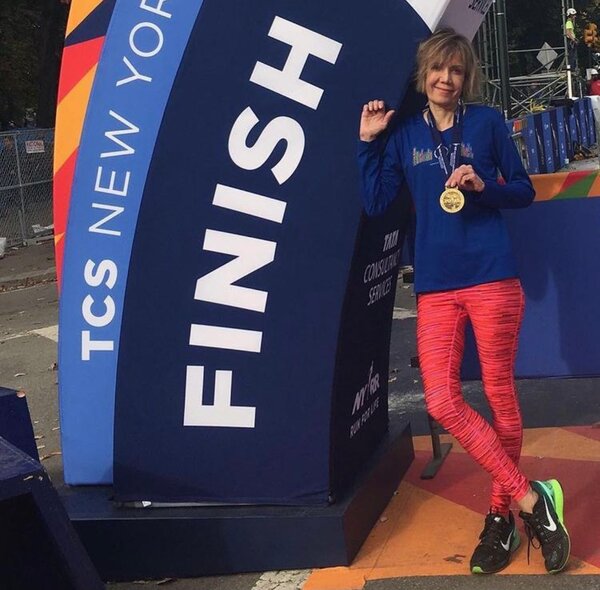 Liesbeth Stoeffler’s doctors had a bold decision to make in 2009. Ms. Stoeffler was on a ventilator and deeply sedated after cystic fibrosis had destroyed the lungs that had once given her the ability to run and hike.

She needed a double-lung transplant, but doctors worried that prolonged time on the respirator might render her too weak or malnourished to stay eligible for one.

So doctors at Columbia University Irving Medical Center took her off the ventilator after about a day and hooked her to an extracorporeal membrane oxygenation machine, or ECMO, which pumped blood from her body, removed carbon dioxide from it and sent oxygen-rich blood flowing back into her. In effect, it acted as an artificial lung.

It was a rarely known and risky deployment of the machine, but not only did it allow Ms. Stoeffler to awaken from sedation; it also allowed her to eat, speak on her smartphone, exercise in bed and walk in place while she was connected to it — for an unusually long 18 days, until the transplant took place.

“The ECMO was the bridge between my respiratory failure and the transplant,” Ms. Stoeffler told USA Today in 2009.

ECMO — a treatment for lung-damaging viruses — has proved extremely helpful in the past with cases of H1N1 flu (or swine flu) and is now being widely used at major medical centers in the Covid-19 pandemic, according to data from Columbia and other ECMO centers around the world. A study published in the medical journal The Lancet last September showed that 62.6 percent of 1,035 severely ill Covid-19 patients survived after receiving ECMO treatments.