Revisiting an influential book and the notion that demographics are destiny. 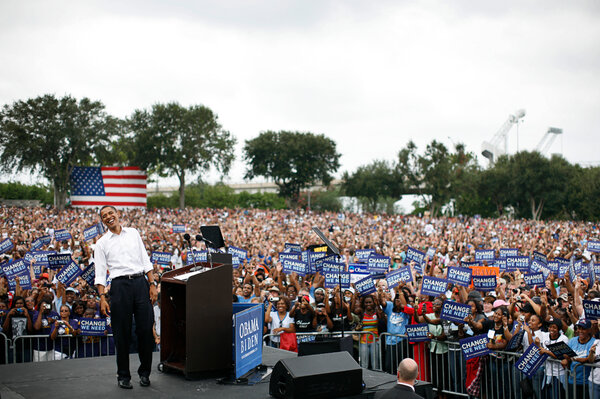 Today we wish a belated and maybe not-so-Happy 20th Birthday to “The Emerging Democratic Majority,” the book that famously argued Democrats would gain an enduring advantage in a multiracial, postindustrial America.

There are countless explanations for the rise of Donald Trump and the growing dysfunction of American political life. This book does not necessarily rank at the top of that list. But when historians look back on this era, the book’s effect on American politics might be worth a mention.

The thesis that Democrats were on the cusp of a lasting advantage in national politics helped shape the hopes, fears and, ultimately, the conduct of the two major parties — especially once the Obama presidency appeared to confirm the book’s prophecy.

It transformed modest Democratic wins into harbingers of perpetual liberal rule. It fueled conservative anxiety about America’s growing racial diversity, even as it encouraged the Republican establishment to reach out to Hispanic voters and pursue immigration reform. The increasingly popular notion that “demographics are destiny” made it easier for the progressive base to argue against moderation and in favor of mobilizing a new coalition of young and nonwhite voters. All of this helped set the stage for the rise of Mr. Trump.

This is a lot to attribute to a single book, especially since the book does not really resemble the Obama-era caricature advanced by its supporters. The book does not put forward what became a commonly held view that racial demographic shifts would allow Democrats to win through mobilization, a more leftist politics or without the support of white working-class voters.

Instead, the book argued — not persuasively, as we’ll see — that Democrats could build a majority with a (still ill-defined) “centrist” politics of the Clinton-Gore variety, so long as they got “close to an even split” of white working-class voters.

“We were clearly overly optimistic about that prospect, to say the least,” said John Judis, one of the authors of the book, of the prospect of such high levels of Democratic support.

One easy way to see the divergence between reality and the expectations promoted by the book is to look at its projections for the Electoral College, compared with how the nation actually voted over the next 20 years: