US top diplomat attends ceremony days after Caribbean nation was the only to back US bid to extend Iran arms embargo. 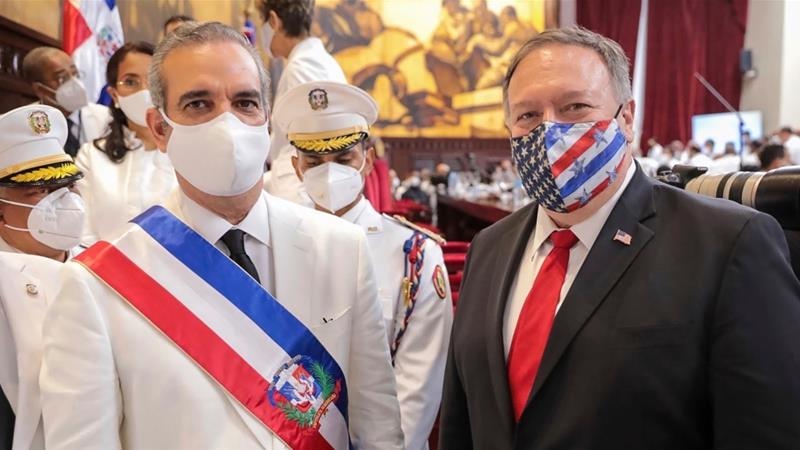 Luis Rodolfo Abinader has been sworn in as president of the Dominican Republic following his election win last month.

The 53-year-old businessman, who had never held elected office, won a four-year term on July 5, ending a 16-year run in power by a centre-left party.

He had finished second in the 2016 presidential election.

US Secretary of State Mike Pompeo was among the attendees at Sunday’s swearing-in ceremony in Santo Domingo.

His trip came two days after the Dominican Republic was the only country on the 15-member UN security council to support a US resolution to indefinitely extend an arms embargo against Iran.