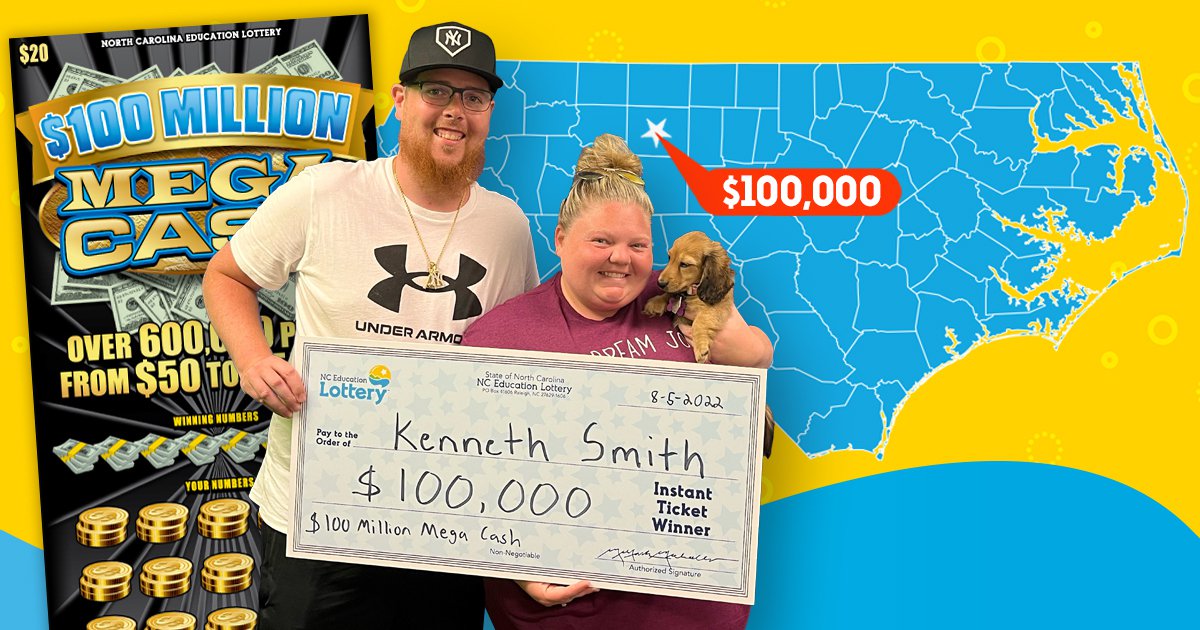 A couple received an unexpected gift while celebrating their second wedding anniversary last week ⁠— an extra $100,000 won through a lottery game.

Kenneth Smith, a 33-year-old real estate worker from Greensboro, North Carolina only stopped at a gas station while on vacation to buy a lottery ticket after a friend recommended he test his luck.

‘We wouldn’t have known about it if it hadn’t been for him,’ Smith told NC Education Lottery.

Smith and his wife had been in Calabash, a small fishing town, to celebrate their anniversary with some friends when he found out he won the $100,000 prize from his $100 Million Mega scratch-off ticket.

To celebrate his massive win, Smith took the friends and family who joined him and his wife on their beach trip out to breakfast.

‘I’ve always fantasized about winning a big prize in the lottery,’ he said.

After tax withholdings, Smith took home a little over $71,000 on August 5, after stopping by the lottery headquarters in Raleigh to claim his prize.

Smith told the lottery organization that he plans to utilize his winnings for some home renovation projects, including building a fence in the yard for the couple’s new dachshund puppy named Stella.

In a press release, the NC Education Lottery said that two $2 million prizes and four $100,000 prizes remain to be claimed from the same $100 Million Mega Cash game.

Smith’s win comes after the Mega Millions jackpot topped $1billion for the third time in the game’s history, prompting many Americans to take their chances in buying a ticket.

The historic winning ticket was purchased in Illinois and had the winning numbers of 13-36-25-57-67 and the Mega Ball number 14.

The jackpot had grown to be so massive after no one matched the game’s six selected numbers since April, accumulating a total of 29 consecutive draws without a winner.

According to the Illinois Lottery, the Speedway gas station in Des Plaines, Chicago, that sold the ticket will also receive half a million dollars just for selling the lucky ticket.