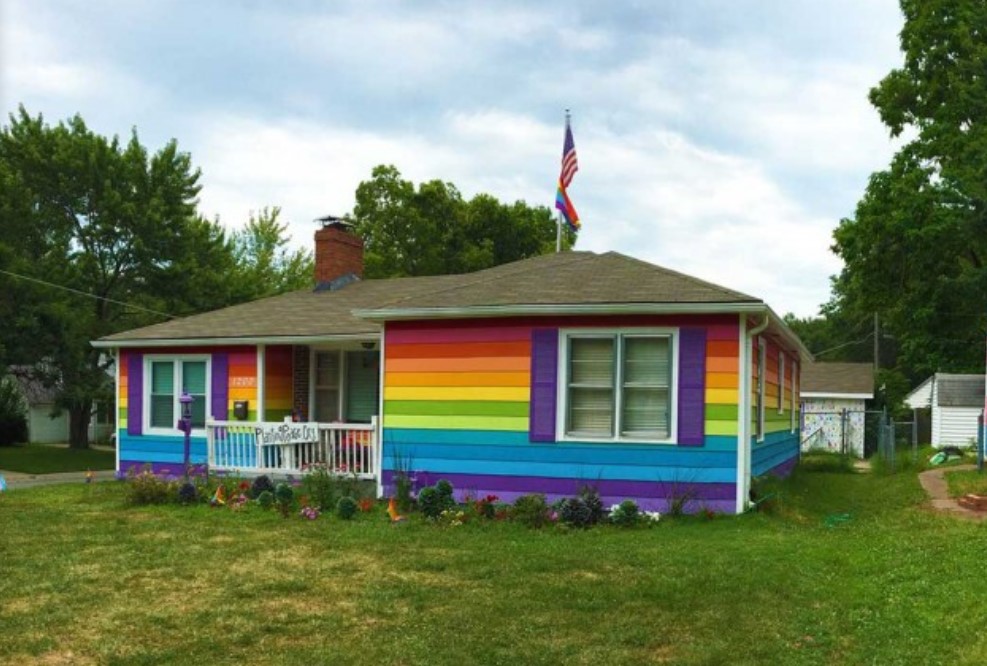 A man bought a house across the street from a homophobic church and painted it the rainbow colors of the Pride flag. Aaron Jackson made the statement back in 2013 thinking to sell the home in a few months, but it has instead become the headquarters for his LGBTQ advocacy organization Planting Peace.

Jackson, the founder of Planting Peace, purchased the home opposite the Westboro Baptist Church in Topeka, Kansas, in October 2012 and moved in with a colleague, according to Insider. The church’s website states that its members consider homosexuality a sin, and the Southern Poverty Law Center categorizes it as an anti-gay religious and extremist group.

In March 2013, Jackson and his colleague painted their home the colors of the Pride flag, creating the ‘Equality House’. At the time, Jackson told The Topeka-Capital Journal that the objective was not ‘us trying to start a war with them or anything of that nature’ but rather ‘they believe one thing and we believe another’ and ‘we’re opposing their view’.

The church at the time stated to the Los Angeles Times that it was the ‘Sodomite Rainbow House’. The church recently stated to Insider that the house is ‘a monument to glorify sin’ and that its founders ‘mock, rebel against, and show their hatred for the Lord Jesus Christ’.

Since it was painted, the house has continued to draw visitors. It has seen about 150 visitors daily, but dropped down to 20 to 40 people during the coronavirus pandemic, Jackson said. It may see more visitors with Pride month in June and the easing of Covid-19 restrictions and travel.

The Equality House stands as the headquarters for Planting Peace, which also pushes for environmental conservation. The house is ‘a visual reminder of our commitment, as global citizens, to equality for all’, according to the organization’s website. The site states: ‘Feel free to walk on the property, take photos, and show your pride’.

Scientists are investigating a new sub-strain of the Omicron variant that may be more transmissible. A sister variant of the usual BA.1 type of Omicron…