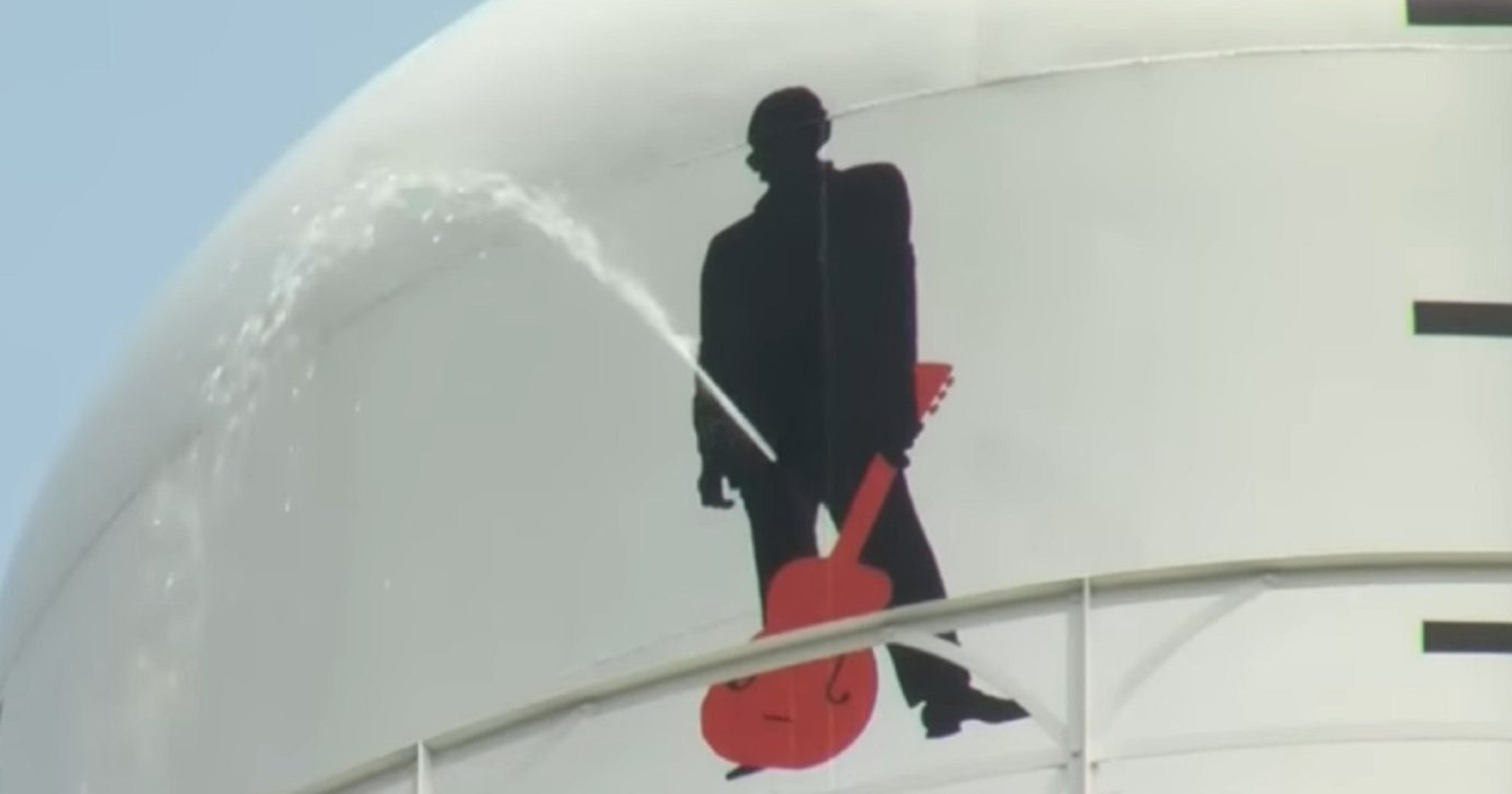 A man has been arrested for allegedly shooting a Johnny Cash tribute on a water tower to make it appear that the late American singer is taking a piss.

Cops on Monday took Timothy Sled into custody, as he’s accused of shooting a 50,000-gallon water tank in Kingsland, Arkansas, with a silhouette of Cash holding a guitar, TMZ reported. The suspect fired a hole in the crotch area of Cash’s image so that the sprouting water made it appear he was peeing.

‘It looks like he’s peeing off a water tower – man, people are going wild with it,’ Kingsland Mayor Luke Neal told the Washington Post.

The water tank was ‘peeing’ for more than a week, Fox 16 News reported. The damage caused discolored water and low pressure for the town’s 347 residents, according to journalist Caitrin Assaf.

Every day of the leak cost the small town about $200 and Neal estimated that the repair itself will total an additional $5,000. The tank lost an estimated 30,000 gallons of water each day.

Cash was born in 1932 in Kingsland ‘into a family of Arkansas sharecroppers in the middle of the Great Depression, and that hardscrabble life instilled in him a reverence for family, the earth, God and truth’, according to a biography on his website.

When Cash was three years old, his family moved to Dyess. He returned to his hometown in 1994, the same year that a post office was named after him.

Cash is one of the all-time best-selling musical artists, with more than 90million records purchased worldwide. He was inducted into halls of fame in the country, rock and roll and gospel genres. He died in September 2003 in Nashville, Tennessee at the age of 71.

The 2005 film Walk the Line honors his career.