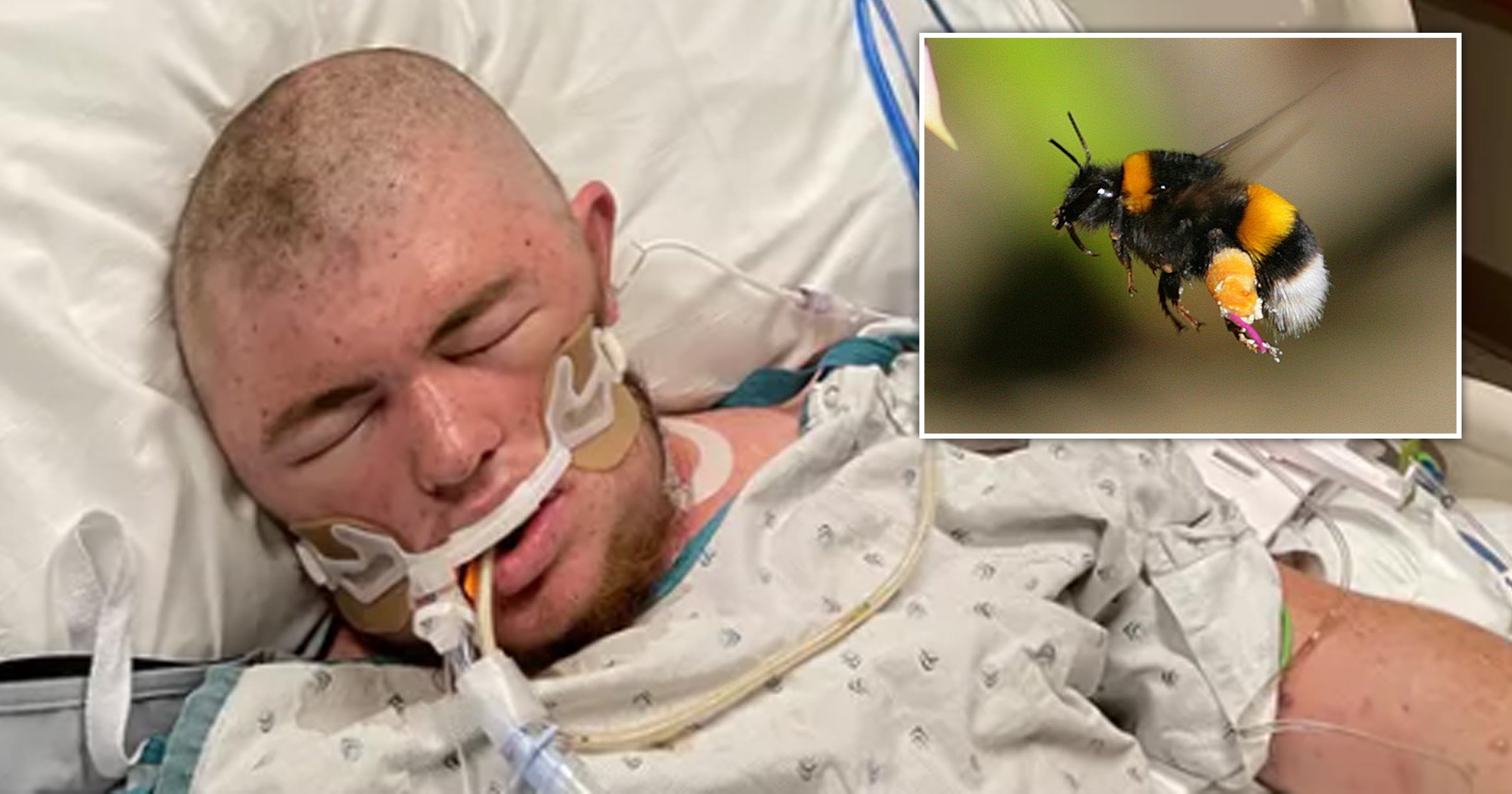 A man was stung about 20,000 times by bees including 30 that he ingested while trimming tree branches.

Austin Bellamy, 20, was helping a friend on Saturday when he had the terrifying encounter.

‘He was doing tree work for a friend and cut a lemon cut right into a nest of African killer bees and was stung over 20,000 times and is in the hospital currently on a ventilator and fighting for his life,’ his mother Shawna Carter wrote in a GoFundMe page created earlier this week.

In an update on Thursday, Carter wrote that her son is still hospitalized with breathing problems.

‘His oxygen keeps dropping and he still can’t walk very well still very wobbly but a lot of the swelling has gone down a whole heck of a lot,’ she said.

Carter said she passed out when she found out what had happened to her son.

‘It was just too much for me to take,’ she said. ‘It looked like he had a black blanket on his head down to his neck, down to his arms. He had bees inside of him, and they suctioned bees out of him until Sunday morning.’

Bellamy is expected to recover despite the tens of thousands of stings.

‘I was going to try and climb the ladder to get to Austin. But I couldn’t get to him because I was surrounded in bees,’ Phyllis told WXIX.

‘He tried to anchor himself down, and he couldn’t. He was hollering, “Help! Help me! Help!” And nobody would help him.’

A member of the Ripley Fire Department rescued Bellamy and he was rushed to a hospital. He woke up form a medically-induced coma on Wednesday night, according to WXIX.

The GoFundMe page had raised more than $14,000 as of Thursday night.