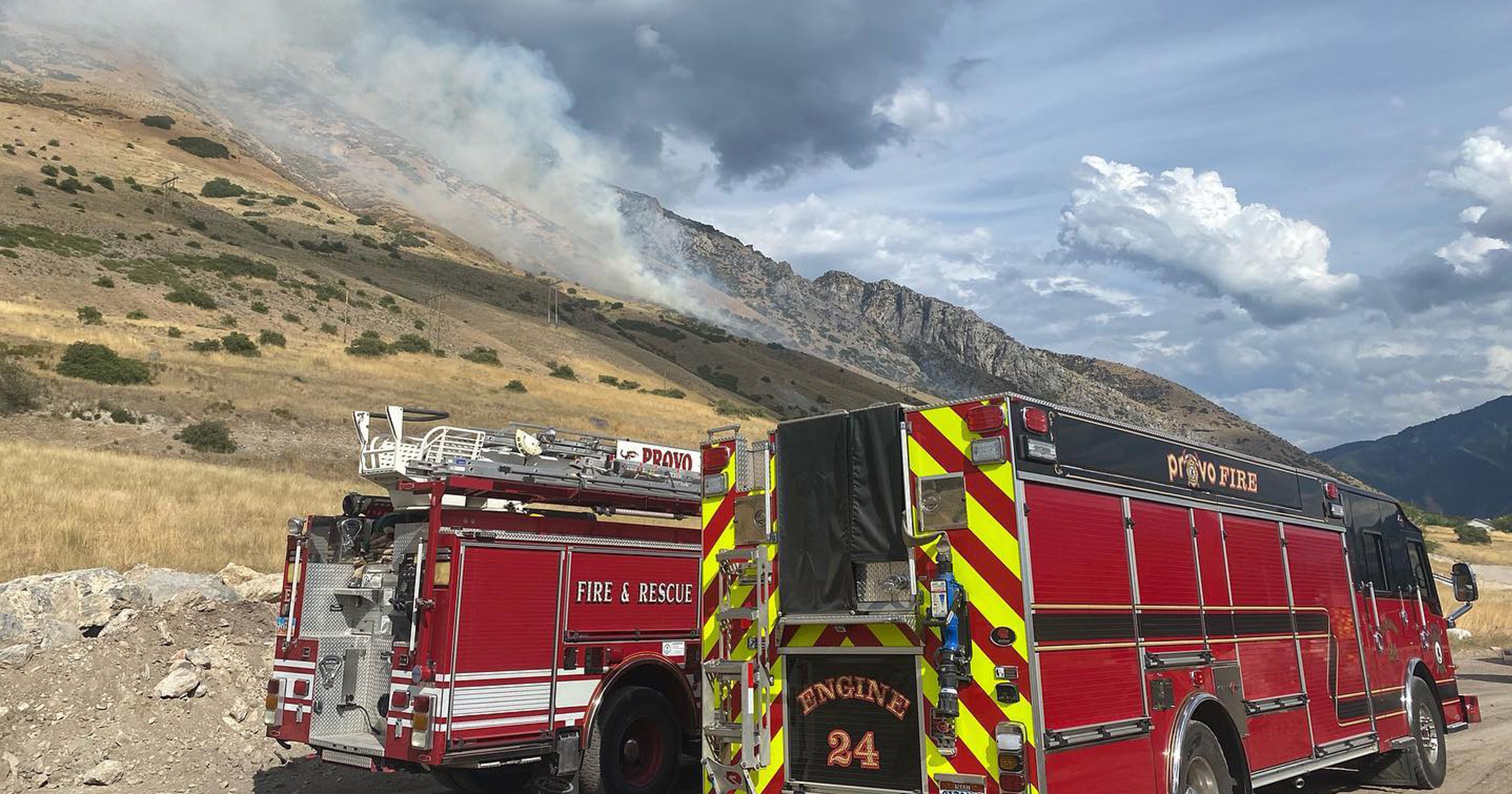 A man suspected of starting a wildfire in Utah told authorities that he was using a lighter to try to burn a spider.

After he was arrested, the Utah County Sheriff’s Office found drugs and paraphernalia in his backpack. He was booked in jail.

The wildfire, which has burned 40 acres, began around 5pm, according to Utah Fire Info.

The fire was started near a trailhead along the border of the towns of Provo and Springville.

Flames and plumes of smoke could be seen in town from a nearby mountainside, which were captured by a local reporter for KUTV2 News.

First responders were able to use a helicopter to keep the away from homes in the area. Footage of the helicopter operations were captured and posted by Utah Fire Info on Twitter.

Around 1am, rain moved through the area, cooling the fire’s temperature. Night crews remained on hand to monitor several hot spots.

Springville Fire & Rescue told Metro.co.uk that the weather extinguished most of the fire.

By 12pm, the fire was mostly contained. Two crews and one engine were deployed to monitor the boundaries of the fire.

Firefighters were still monitoring the fire as of Tuesday afternoon, according to Springville Fire & Rescue.

There were no major injuries reported, and no residents were evacuated.

‘Um, don’t do drugs kids (and don’t start spiders on fire during a drought),’ he joked on Twitter.

Wildfires have been plaguing both the US and Europe this year. In California, nearly 6,000 people were evacuated when a blaze was ignited in Mariposa County.

In Europe, devastating wildfires have engulfed the continent from Portugal to Turkey. In France, nearly 14,000 people were evacuated as the country deployed hundreds of firefighters to the southern Aquitaine region.