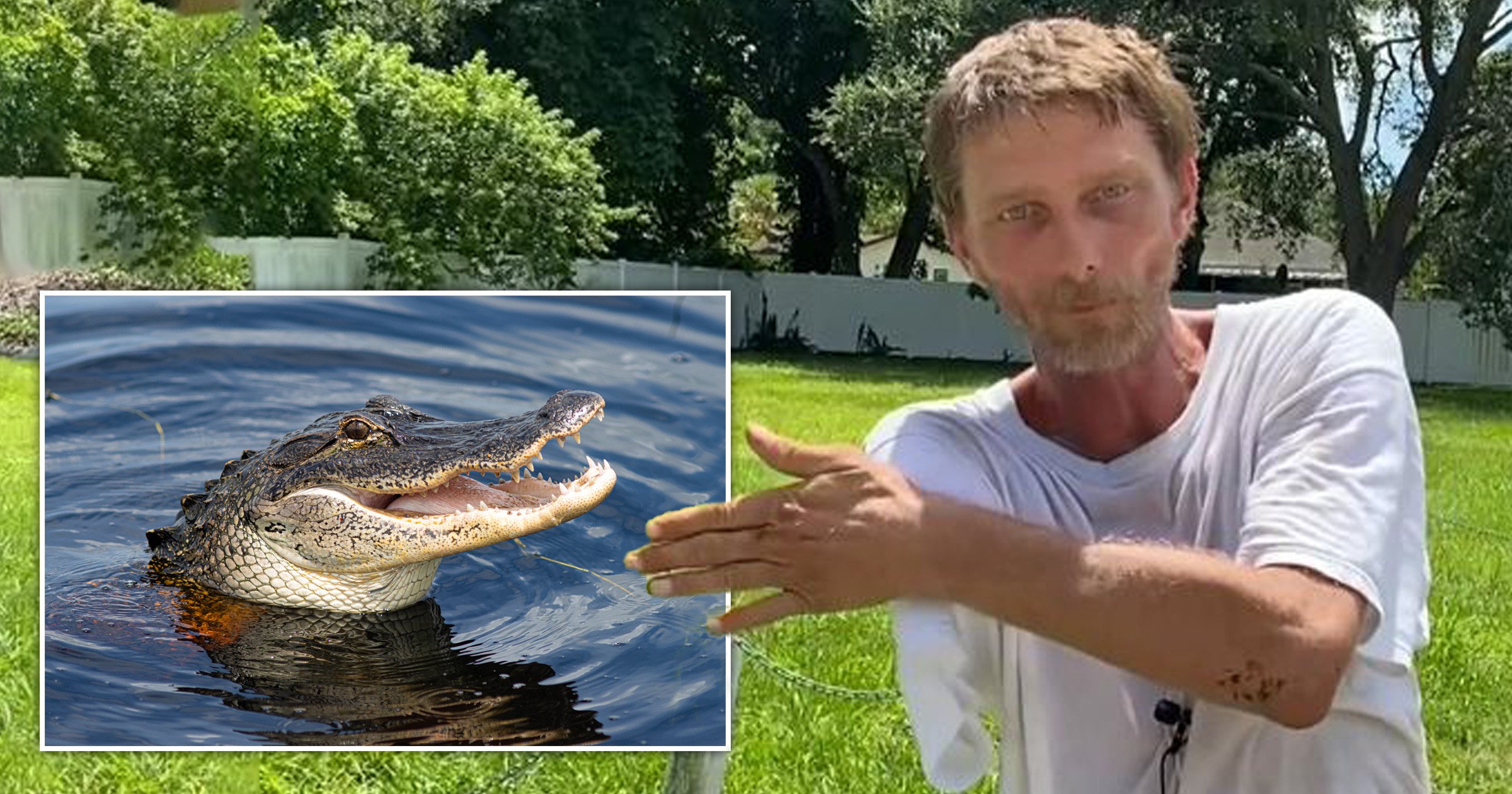 A man survived for three days while lost in the woods after an alligator attacked him and bit his arm off.

Eric Merda was attacked by the gator on July 20 in Myakka City, Florida.

Merda, 43, said he got lost at the Lake Manatee Fish Camp, and decided to swim across the lake rather than find his way back on foot.

‘Not the smartest decision a Florida boy could make,’ Merda told WTSP 10. ‘I looked over and there’s a gator on my right hand side.’

According to Merda, the reptile grabbed his right arm in its jaw, snapping his limb backwards.

‘She drug me under three times,’ he said. ‘She’s already got my arm, so when we came up the third time, she finally did her death roll and took off with my arm.’

Merda said his muscles and bones were ‘poking out’ of where the alligator attacked him.

‘You can’t see anything,’ Merda said. ‘Sometimes I feel like I was walking in circles.’

Merda was eventually able to find his way out of the woods by following the sun and power lines.

According to Merda, he eventually ran into a man standing on the other side of a fence. He said: ‘Hey man I need some help! A gator got my arm!’

Merda was then rushed to the hospital.

A nuisance trapper was called to the area, but had no luck finding the alligator that got away with Merda’s arm.

The Fish and Wildlife Commission (FWC) warns people to keep a safe distance from alligators, keep all pets on leashes, only swim in designated areas during daylight hours, and never feed one.

‘When fed, alligators can lose their natural wariness and instead learn to associate people with the availability of food,’ the FWC said.

Merda agrees with the FWC.

‘Do not feed the gators!’ Merda said. ‘Leave them gators alone.’