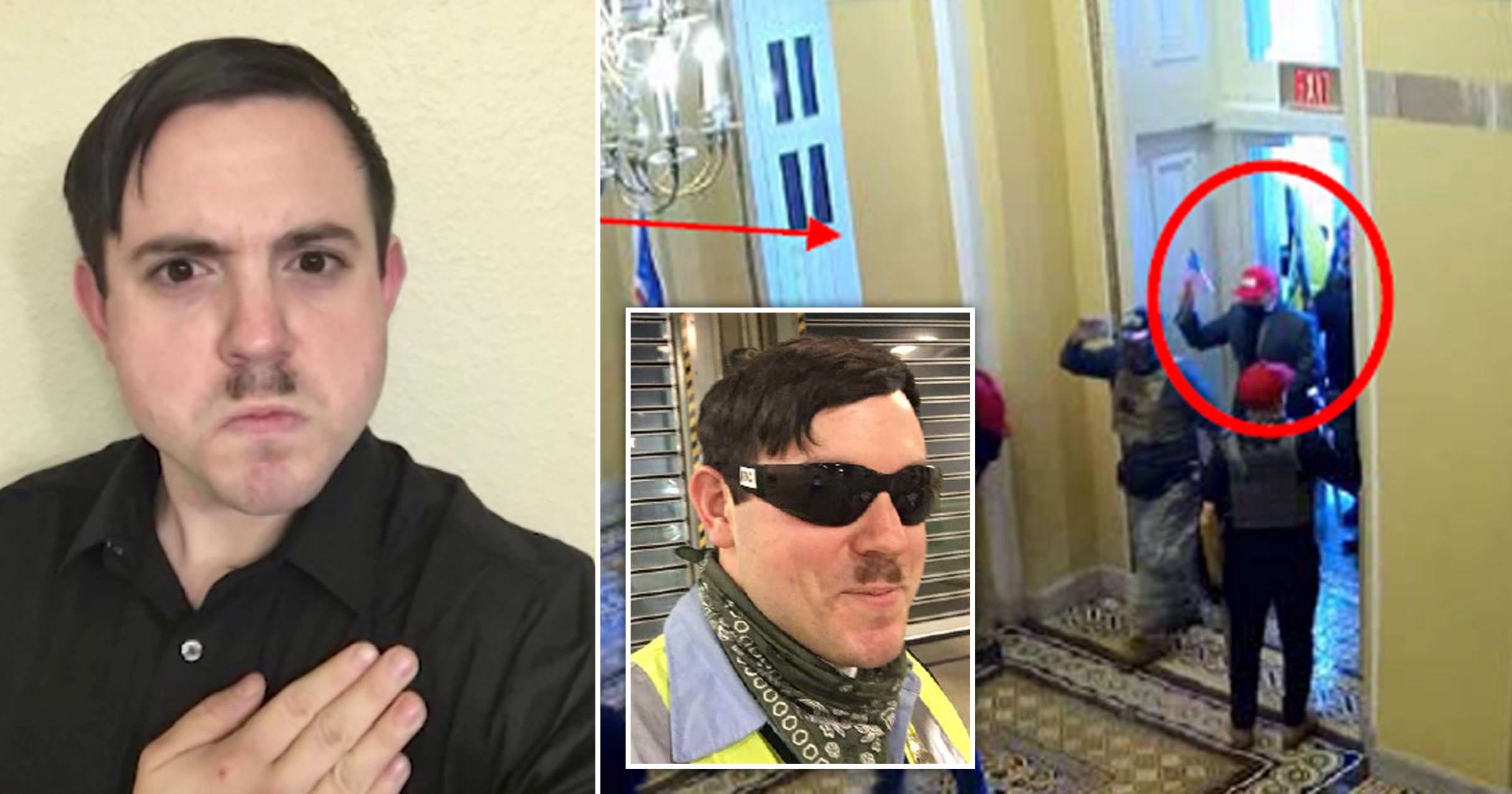 A former army reservist and alleged white supremacist has been sentenced to four years in jail for storming the US Capitol.

Timothy Hale-Cusanelli, 32, is one of 900 people who have been charged over their involvement in the riot.

He was sentenced yesterday after being convicted on five counts for storming Congress on January 6 2021 and also one count of obstructing an official proceeding.

The former Navy contractor was on active duty in the military when he joined the raid and held a government security clearance.

Prosecutors argued that the 32-year-old openly held white supremacist and anti-Semitic views, including styling an Adolf Hitler moustache at work, and told people he hoped for a second US civil war.

He is the seventh rioter to go on trial.

According to his colleagues, Hale-Cusanelli held ‘extremist or radical views pertaining to the Jewish people, minorities and women’.

Prosecutors added that he was even heard saying: ‘Hitler should have finished the job.’

The accused, arguing in his own defence, that he ‘didn’t know there was a actual building that was called the Capitol’.

However Judge Trevor McFadden – who is a President Trump nominee – described this argument as a ‘risible lie’.

It was pointed out that Hale-Cusanelli told his roommate he felt ‘exhilarated’ after the riot.

Lawyers said: ‘Hale-Cusanelli is, at best, extremely tolerant of violence and death.

‘What Hale-Cusanelli was doing on January 6 was not activism, it was the preamble to his civil war.’

At the sentencing, Judge McFadden said the defendant’s arguments were an ‘obvious attempt’ to avoid accountability, and his ‘racist and anti-Semitic motivation’ set him apart from other rioters.

During the riot, thousands of Trump supporters stormed the Capitol building in Washington DC to ‘verify’ the results of the 2020 US presidential election.

As a result of the insurrection, five people died and 140 law enforcement officers were injured.