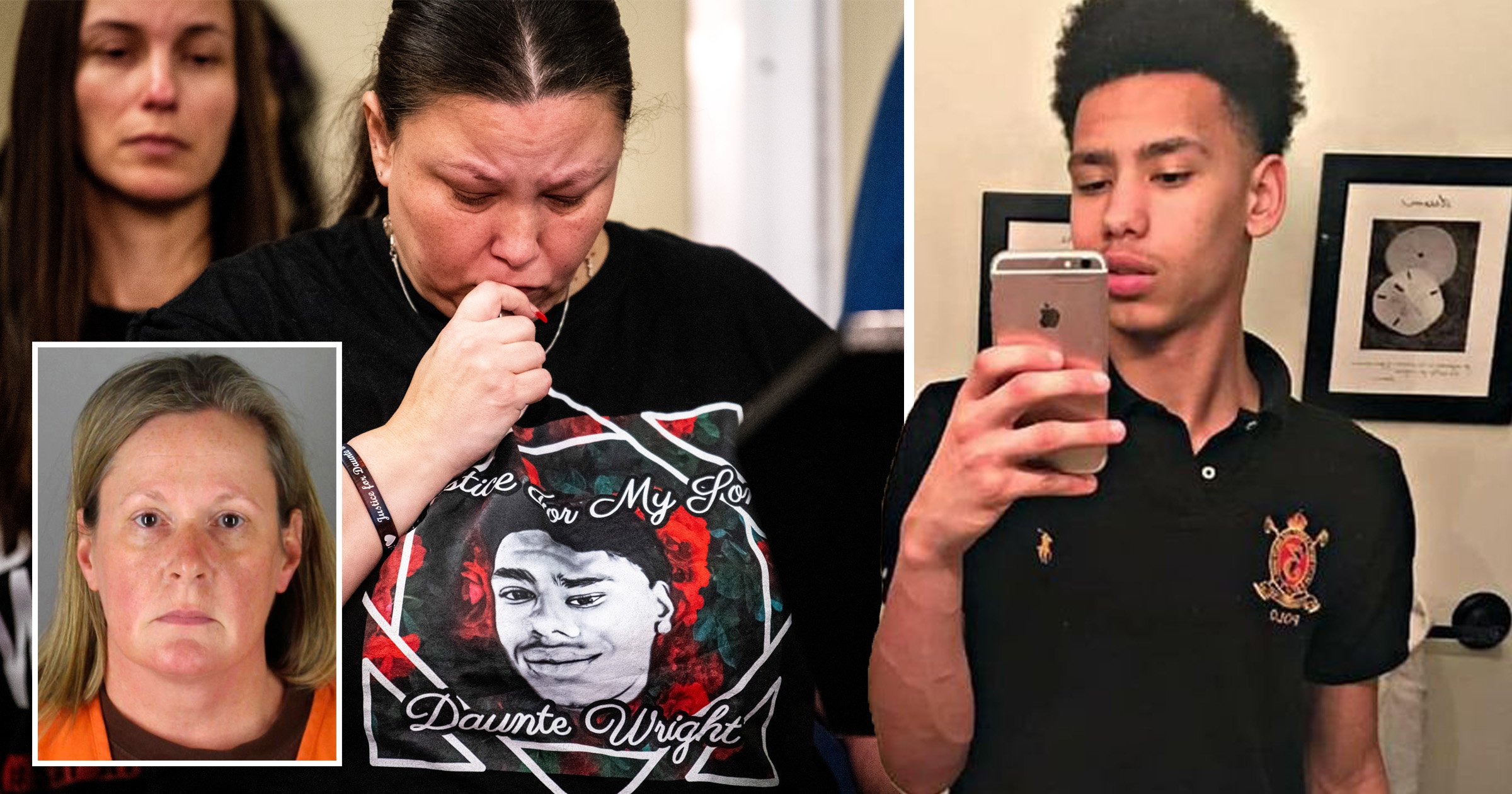 Twelve jurors and two alternates will not have to decide whether Potter, a 49-year-old white woman, fired her gun and killed Wright, a young, black man.

Instead, they will hear arguments over whether what she did was reckless as a veteran officer who has undergone extensive police training — or a complete accident.

‘We trust them (police) to know wrong from right, and left from right,’ Eldridge said. ‘This case is about an officer who knew not to get it dead wrong, but she failed to get it right.’

Potter’s defense team is expected to soon claim she made an innocent mistake pulling her handgun instead of her Taser.

The Taser was holstered on her left side, and her handgun on her right. Prosecutors argue that she was trained explicitly about the danger of avoiding deadly mix-ups.

The jury, made up of six men and six women, whose ages range from 20s to 60s, will remain anonymous until the conclusion of the trial. Nine of the jurors are white, two are Asian and one is black. The alternates are both white.

Potter is charged with first-degree and second-degree manslaughter in the April 11 death in Brooklyn Center, a city in Minnesota.

Potter, a 26-year veteran in the field, resigned two days after the shooting. She has said she meant to use her Taser on Wright after he tried to drive away during a traffic stop as officers tried to arrest him, but that she grabbed her handgun instead.

Body camera footage recorded the shooting, which occurred while Potter was training a new officer.

The two police had pulled Wright over for having expired license plate tags and an air freshener hanging from the rearview mirror, according to the complaint.

They then found that Wright had an outstanding arrest warrant, and tried to arrest him but he got back into his car instead of cooperating.

Potter’s body cam footage recorded her yelling ‘Taser, Taser, Taser’ and ‘I’ll tase you’ before she grabbed and fired her handgun once. Following the shooting she is heard saying ‘I grabbed the wrong (expletive) gun.’

For the prosecution, Eldridge pointed out to the jury that Potter’s Taser was bright yellow, while her gun was black. The gun weighed ‘more than twice as much’ when loaded, than the Taser.

The fatal shooting of Wright brought increased tension to the Minneapolis suburb of Brooklyn Center, where former Minneapolis Police Officer Derek Chauvin was on Trial for George Floyd’s death.

This trial marks the second time in Minnesota state history that opening statements in a criminal trial will be livestreamed. The first time was earlier this year for the trial of Derek Chauvin, who was convicted of murdering Floyd.