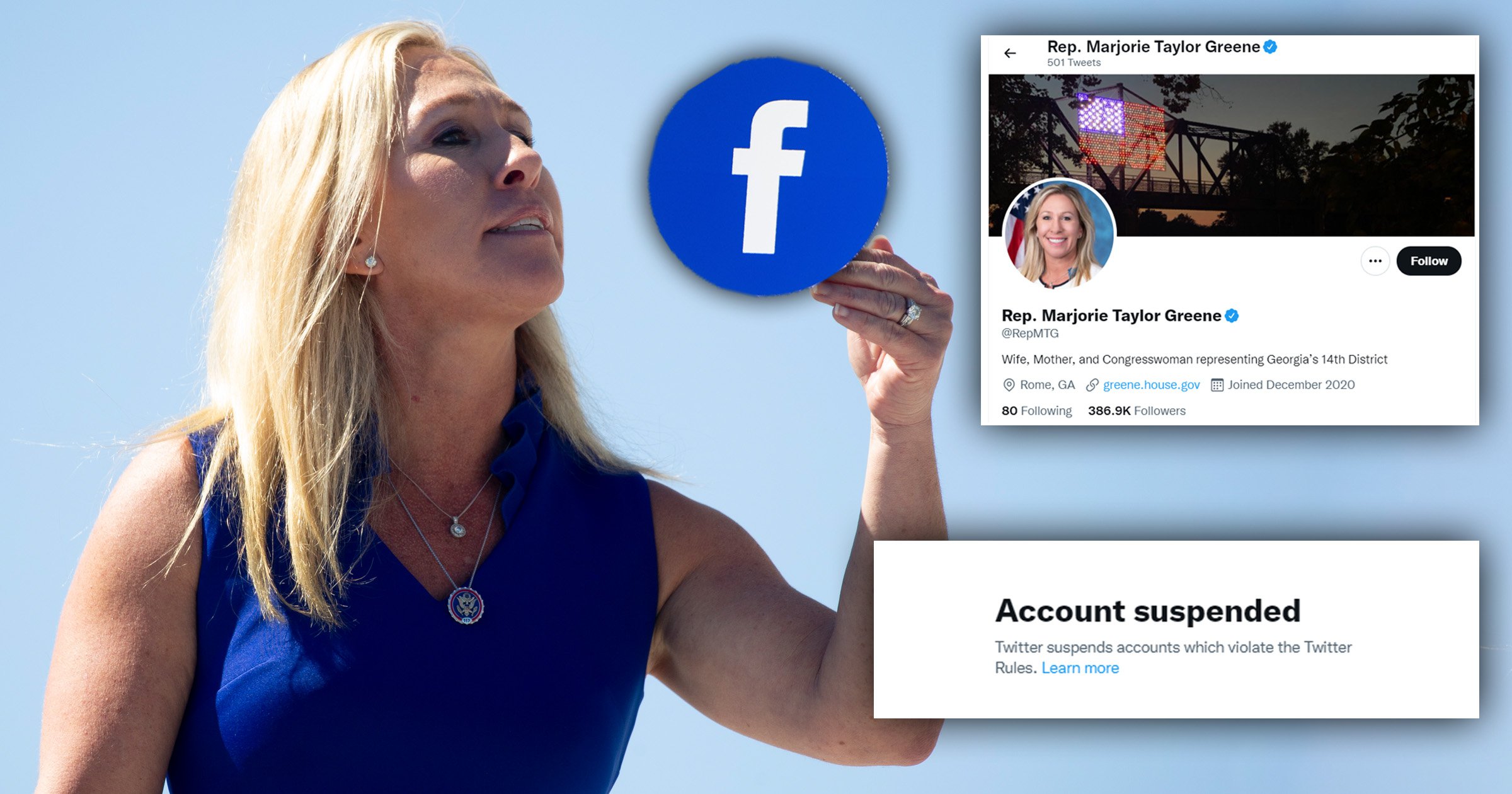 ‘Facebook has joined Twitter in censoring me,’ Greene wrote Monday on the conservative social media platform Gettr. ‘This is beyond censorship of speech.’

Greene, an ally of former President Donald Trump, included a screenshot of a Facebook notice saying, ‘You can’t post or comment for 24 hours’. It stated there had been a violation of Facebook’s community standards. She disputed that she violated Facebook’s policy against misinformation.

‘Who appointed Twitter and Facebook to be the authorities of information and misinformation?’ Greene wrote. ‘When Big Tech decides what political speech of elected Members is accepted and what’s not then they are working against our government and against the interest of our people.’

The Congresswomen from Georgia on Saturday had falsely written about ‘extremely high amounts of Covid vaccine deaths’. Her post addressed life in the US ‘before Covid’ and ‘after Covid’ and questioned public health measures including vaccine mandates, testing and wearing masks.

‘A post violated our policies and we have removed it, but removing her account for this violation is beyond the scope of our policies,’ Facebook spokesman Aaron Simpson stated, according to The New York Times.