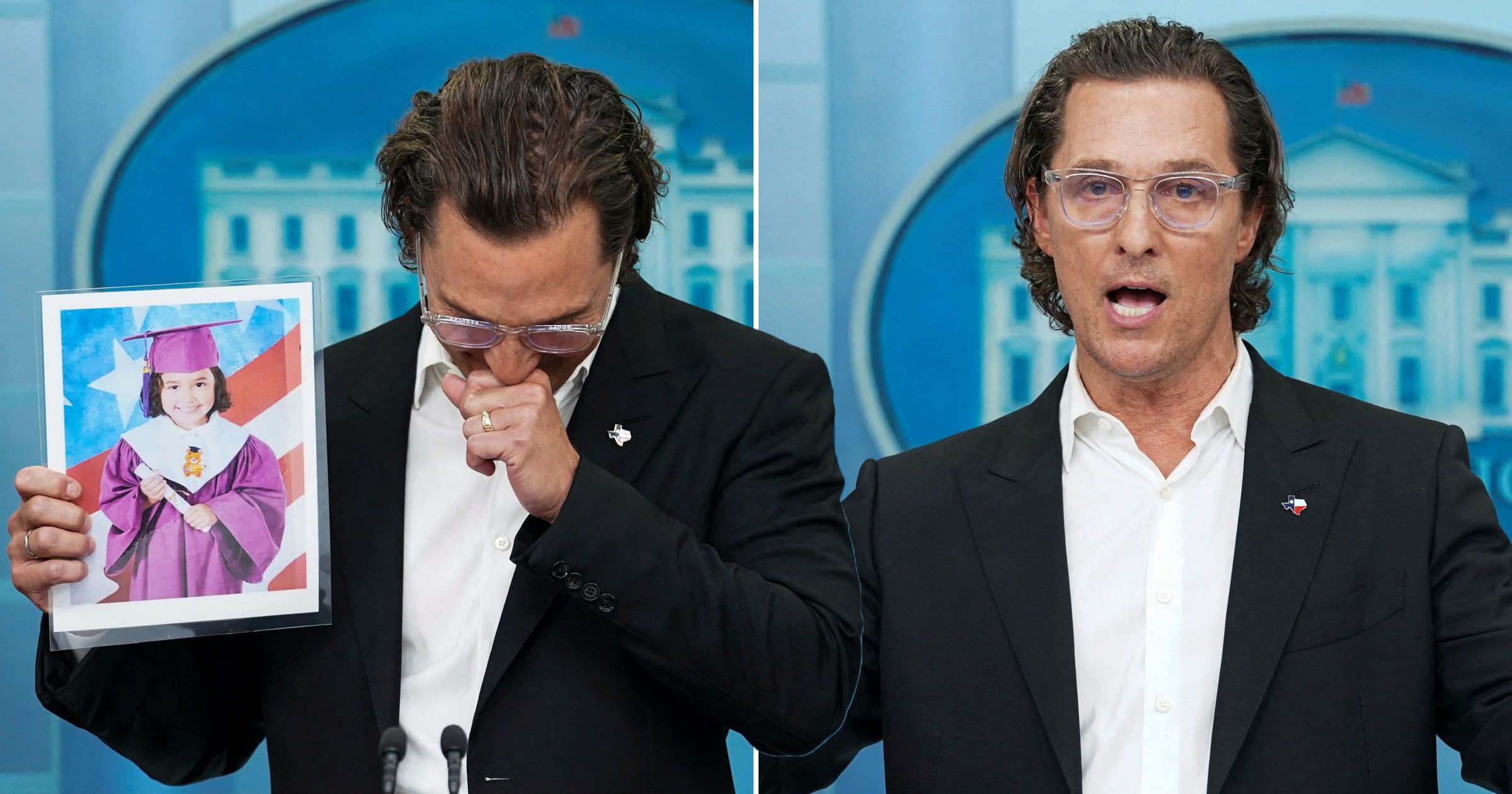 Actor Matthew McConaughey, a native of Uvalde, teared up at the White House while recounting the stories of children and victims killed in the Texas school shooting.

Speaking during the White House press briefing on Tuesday afternoon, McConaughey said he and his wife Camila met victims’ families after the May 24 massacre at Robb Elementary School.

McConaughey choked back tears as he spoke about 10-year-old Maite Rodriguez, who aspired to be a marine biologist. The actor pointed to his wife, who sat in the audience holding bright green Converse shoes with a heart drawn on the toe.

‘Maitie wore these every day. Green converse with a heart on the right toe. These are the same green converse on her feet that turned out to be the only clear evidence that could identify her at the shooting,’ an emotional McConaughey said. ‘How about that?

In the course of his 20-minute remarks, McConaughey also displayed anger at the loss of lives.

McConaughey, a gun owner who learned to shoot as a child, called for ‘responsible gun ownership’ and policies around gun control.

‘We need background checks. We need to raise the minimum age to purchase an AR-15 rifle to 21. We need a waiting period for those rifles. We need red flag laws and consequences for those who abuse them,’ he said.

As Democratic and Republican senators work on bipartisan legislation on background checks and the age that Americans can buy assault weapons, McConaughey said ‘something is different’ in the current effort.

‘There is a sense that perhaps there’s a viable path forward,’ he said. ‘Responsible parties in this debate seem to at least be committed to sitting down and having a real conversation about a new and improved path forward.’