Weather: Mix of rain and snow in the morning; cloudy later, with a high in the low 40s. Saturday: Sunny, high around 40. Sunday: Occasional snow, high in the mid-30s.

What’s the best way to show that you’re a New Yorker? Perhaps it’s your bagel order. Or your accent. Or your determination to avoid to Times Square.

The more than 30 candidates who have thrown their hat in the ring to become the city’s next mayor will inevitably face questions about their New Yorkiness.

“The candidates are starting to go after each other a bit more and distinguish themselves over policy proposals and personal narratives,” said my colleague Emma Fitzsimmons, the City Hall bureau chief.

[The race to become New York City’s next mayor may be one of the most consequential political contests in a generation. Here are some of the leading candidates.]

“I think there are five front-runners among Democrats at this point: Eric Adams, Ray McGuire, Scott Stringer, Maya Wiley and Andrew Yang,” Ms. Fitzsimmons said, naming them in alphabetical order.

My colleague Corey Kilgannon recently talked with these front-runners and several other candidates about their New York pedigrees, specifically asking them about their favorite city moments. Here are a few of their responses, accompanied by illustrations from our Metropolitan Diary artist, Agnes Lee.

You can also read all 11 responses here. 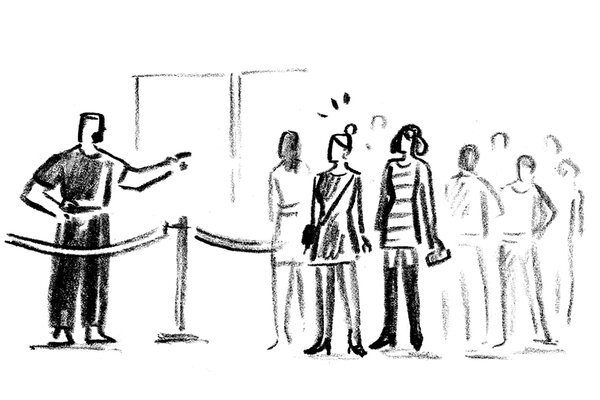 Ms. Garcia was 14 when she and her friends decided to dress up and take the subway from Brooklyn into Manhattan to try getting into Studio 54.

“Going into Manhattan was considered cool, and I loved to dance,” she said. She wore “candy red high heels” and stood outside the club, which, in 1984, was past its heyday but still highly selective.

“When you’re hugging people you never met before, you know something great has happened,” said Mr. Donovan, remembering how he cheered from a grandstand seat at Yankee Stadium the day Reggie Jackson hit three home runs to beat the Los Angeles Dodgers in the 1977 World Series.

Three years after moving to New York from Texas, Mr. Menchaca was riding the F train to his Brooklyn apartment after having some beers with friends. He fell asleep and missed his stop. A subway worker woke him at the end of the line in Coney Island.

Taking the train back, he fell asleep and missed his stop again. He got home at dawn.

The Misogynistic ‘Dating Coach’ Who Was Charged in the Capitol Riot

An anonymous note sent to some Long Island residents said, “Take your Christmas lights down! Its Valentines Day!!!!!!” — but one recipient had been busy with funeral arrangements. [NBC New York]

And finally: Your virtual social weekend

Although many performance spaces, museums and community centers are closed, people are finding creative ways to connect through virtual events and programs. Here are suggestions for maintaining a New York social life this weekend while keeping a safe distance from other people.

John Lewis: A Pioneer for Justice

On Friday at 7 p.m., listen to the actor Alton Fitzgerald White recite one of John Lewis’s speeches as part of Flushing Town Hall’s Black History Trilogy series. A discussion and Q. and A. will follow.

R.S.V.P. for the free livestream on the event page.

Join the La MaMa Experimental Theatre Club on Friday at 7 p.m. to honor the life of the celebrated photographer Corky Lee.

Register for the free livestream on the event page.

On Saturday at noon, the authors Mira Jacob and Nikesh Shukla will discuss Mr. Shukla’s new memoir “Brown Baby: A Memoir of Race, Family and Home.”

R.S.V.P. for the free event on Zoom or watch the livestream on YouTube.

I was prone to forgetting at least one important thing — wallet, phone, keys — when I went out, but I always remembered to bring along a notebook and pen.

On days when my headphones were what I had left behind, I shortened my long commute to my job as a nanny on the Upper West Side by sneakily sketching my fellow train passengers.

Those who were asleep were ideal subjects; those who were awake would inevitably ruin the pose as soon as they become aware of what I was doing.

Once, a few years ago, I was on the D train a when I noticed a young man who was sketching an older woman across from him as she snored.

Having a clear view of his profile, I took out my supplies and started to draw the artist as he drew. I felt strangely guilty, as if I were violating his invisibility as a fellow train sketcher. Still, I couldn’t resist.

With the train pulling into 34th Street, I scrambled to finish sketching his hair while he gathered his things before getting off. As he stepped out onto the platform, I tapped his shoulder and handed him the sketch.

There was just enough time to watch him process what he was looking at: the frown from being touched by a stranger to the embarrassed laugh as he saw his face on the page.

Then the doors closed, and we pulled away.