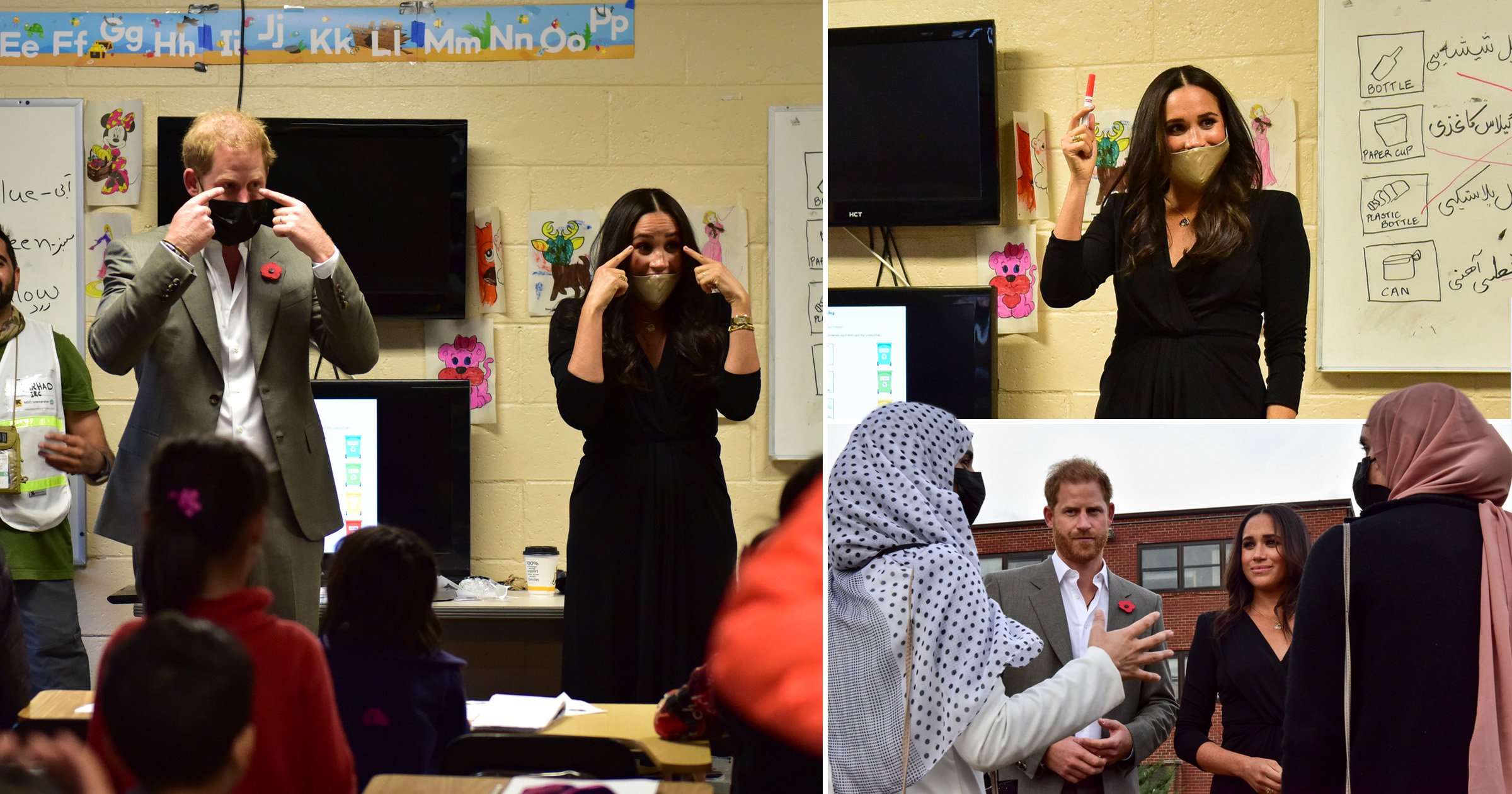 Prince Harry and Meghan Markle revealed one of their two-year-old son Archie’s favourite songs as they met young Afghan refugees at a US military base.

The Duke and Duchess of Sussex were pictured singing Head, Shoulders, Knees And Toes during a trip to Joint Base McGuire-Dix-Lakehurst in New Jersey.

More than 10,000 people who fled Afghanistan when the Taliban took over are being temporarily accommodated at a compound in the base as part of Task Force Liberty.

The royal couple, who are also parents to baby Lilbet, practised English phrases like ‘nice to meet you’ with the children on Saturday.

Former actress Meghan was pictured holding up a red pen as she helped the class learn their colours.

The pair thanked everyone they spoke to by using the Dari term ‘tashakur’ after requesting teachers give them phrases.

They reminded teachers to look after their mental health before chatting with Afghan women who had recently arrived in America.

Under the Task Force Liberty programme, people evacuated from Afghanistan are provided with transportation, medical services and temporary housing

But they will eventually be moved to their own homes as they begin their new lives.

It comes after Harry and Meghan visited Joint Base McGuire-Dix-Lakehurst to honour service members on Remembrance Day.

Former British Army officer Harry and Meghan have ‘committed themselves to remembering, reflecting and honouring service members, veterans, and military families from around the world’, a spokesman for their Archwell charity said.

The duke and duchess also hosted a lunch with service members from all six branches of the military.

Harry’s family marked Remembrance Sunday in a service in London this morning – although the Queen was forced to cancel after spraining her back.

Future king Charles looked emotional as he laid a wreath on behalf of his mother to honour those who laid down their lives to protect others.

Prince William and Kate Middleton were also present alongside the Earl of Wessex and Princess Anne.

The Queen’s injury is understood to be a recent sprain that sparked concerns over the impact of a car journey and a period of standing.

Concerns were raised for her health as she stayed in hospital overnight for the first time in eight years and cancelled two trips in October.