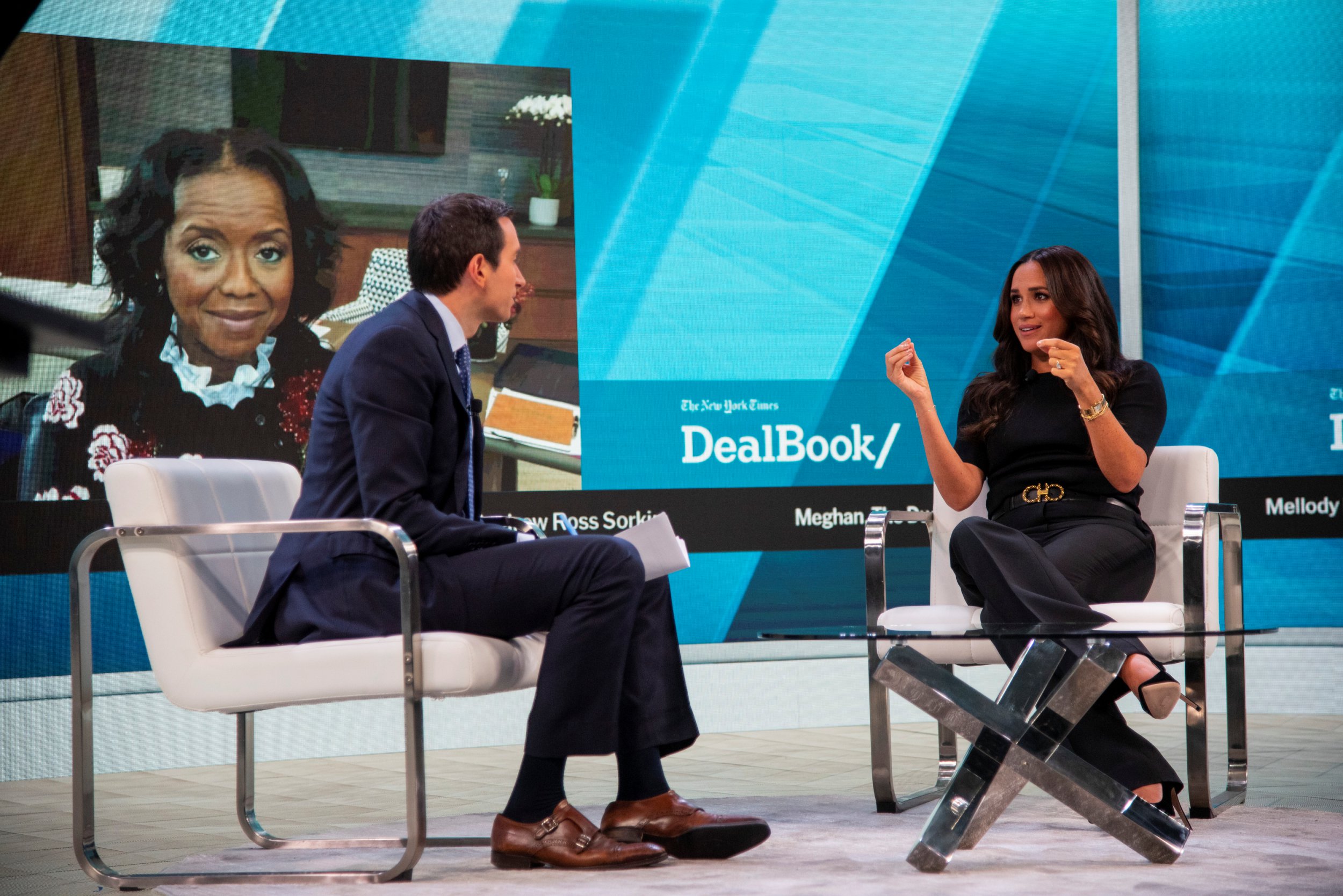 The Duchess of Sussex has defended cold calling Republican Senators over paid paternity leave, saying she did not see it as a political issue ‘but a humanitarian one’.

Buckingham Palace courtiers have reportedly expressed unease after it emerged that Meghan phoned US lawmakers, using her royal title, to petition them about the policy.

The former actress acknowledged there is a precedent in the royal family of ‘not having any involvement in politics’ when she was quizzed about the campaign during an interview in New York.

But she said she was simply ‘standing up for what’s right’.

‘I don’t see this as a political issue frankly,’ Meghan said.

‘Look, there is certainly a precedent amongst my husband’s family and the royal family of not having any involvement in politics, but I think this is… I mean, paid leave, from my standpoint, is just a humanitarian issue.’

The Republican senators revealed Meghan called them on a withheld number and introduced herself as the Duchess of Sussex earlier this month.

Meghan has also written to members of the United States Congress and Senate calling for paid leave for new parents.

It has led to criticism that she is using her royal title to interfere in American politics, when the royal family are traditionally neutral.

Long-time critic Piers Morgan said her actions were outrageous’ and could damage the Queen’s reputation.

And palace courtiers have accused her of using her title ‘out of context’ and branded her actions ‘outrageous’, according to The Times.

But Meghan said that even before she had ‘any sort of privilege’ in her life ‘I always just stood for what is right’.

She told host Andrew Ross Sorkin: ‘My husband has always said, “With great privilege comes great responsibility” but even before I had any sort of privilege in my life, when my life and my lifestyle were very different, I always just stood up for what’s right.’

The duchess highlighted that the US is one of only six nations that does not offer paid leave and said advocating for change was ‘the obvious thing to do’.

‘When I was 11 and I saw something wrong on TV, I put pen to paper and wrote a letter about it,’ she said.

‘So on this, I thought, well, let me write a letter and let me pick up the phone and make some calls and see if I can help.

‘It seems like a really obvious and logical thing for me to do, and I’m happy to support it.

‘We can all agree that people need support, certainly when they’ve just had a child.’

Meghan was speaking at the New York Times (NYT) DealBook Online Summit for a conversation focused on how women can reach economic and professional parity.

She addressed a wide range of issues during the ‘Minding the Gap’ talk, from being a woman of colour to the impact of online trolling.

Sorkin, a New York Times columnist, asked Meghan about ‘being a boss’, saying: ‘I’ve read great things about you as a boss, and if you read the tabloids you can read all sorts of crazy things about being a boss.’

Meghan replied: ‘Well firstly, I would urge you not to read tabloids, because I don’t think that’s healthy for anyone.

‘Hopefully one day they will come with a warning label like cigarettes do like “this is toxic for your mental health”.’