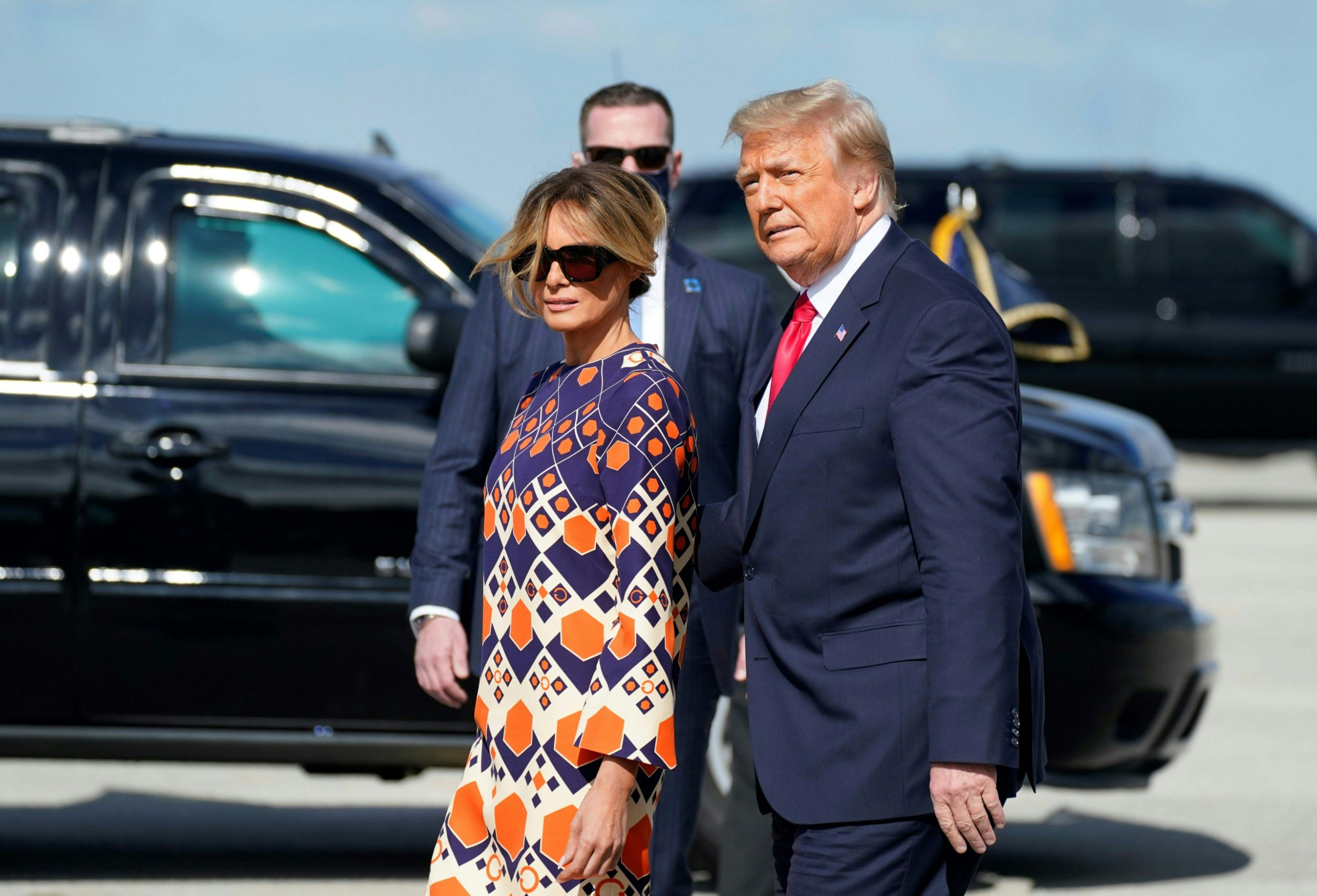 Melania Trump is ‘bitter and chilly’ with her husband Donald over their White House exit, and now spends her days having spa treatments, pals claim.

The former First Lady of the United States is said to be angered by the way she left Washington DC under a cloud last month in the wake of the US Capitol riots her spouse is now being tried for inciting.

Melania is reportedly furious that her image was also tarnished by Donald’s appearance at a ‘Stop the Steal’ rally, which saw thousands of his supporters descend on the US Capitol shortly after, with five killed in the ensuing chaos.

Explaining Melania’s controversial silence in the wake of the riots, a former aide said: ‘She could see how it was going to go for her. Once (the insurrection) happened, she knew there was nothing to gain for her by speaking out or doing something – so she didn’t do anything.’

She opts for light, fish-focused meals on its terrace, spends time with her parents, and also sees Donald for dinner.

Melania’s routine is said to be very similar to how she spent her days while working as first lady. She is said to have been angered at the media attention given to her successor Jill Biden, although aides say Melania turned down interview requests with many of the publications that have already featured Jill.

Melania left a note for Jill, but has not spoken to her, and did not invite her for the traditional tour of the White House before leaving.

She had expected to attend Biden’s inauguration, and only discovered she would be snubbing it after Donald announced he would not be going in the wake of the riots.

Melania – who is the former president’s third wife – has not been seen in public since she disembarked Air Force One in Palm Beach on January 20.

Some aides claim the clock is ticking until she files from divorce for Donald, although other friends insist the couple are happy – and that both have relaxed since leaving the White House.

The former president’s legal team will present their arguments to his impeachment trial on Friday afternoon.