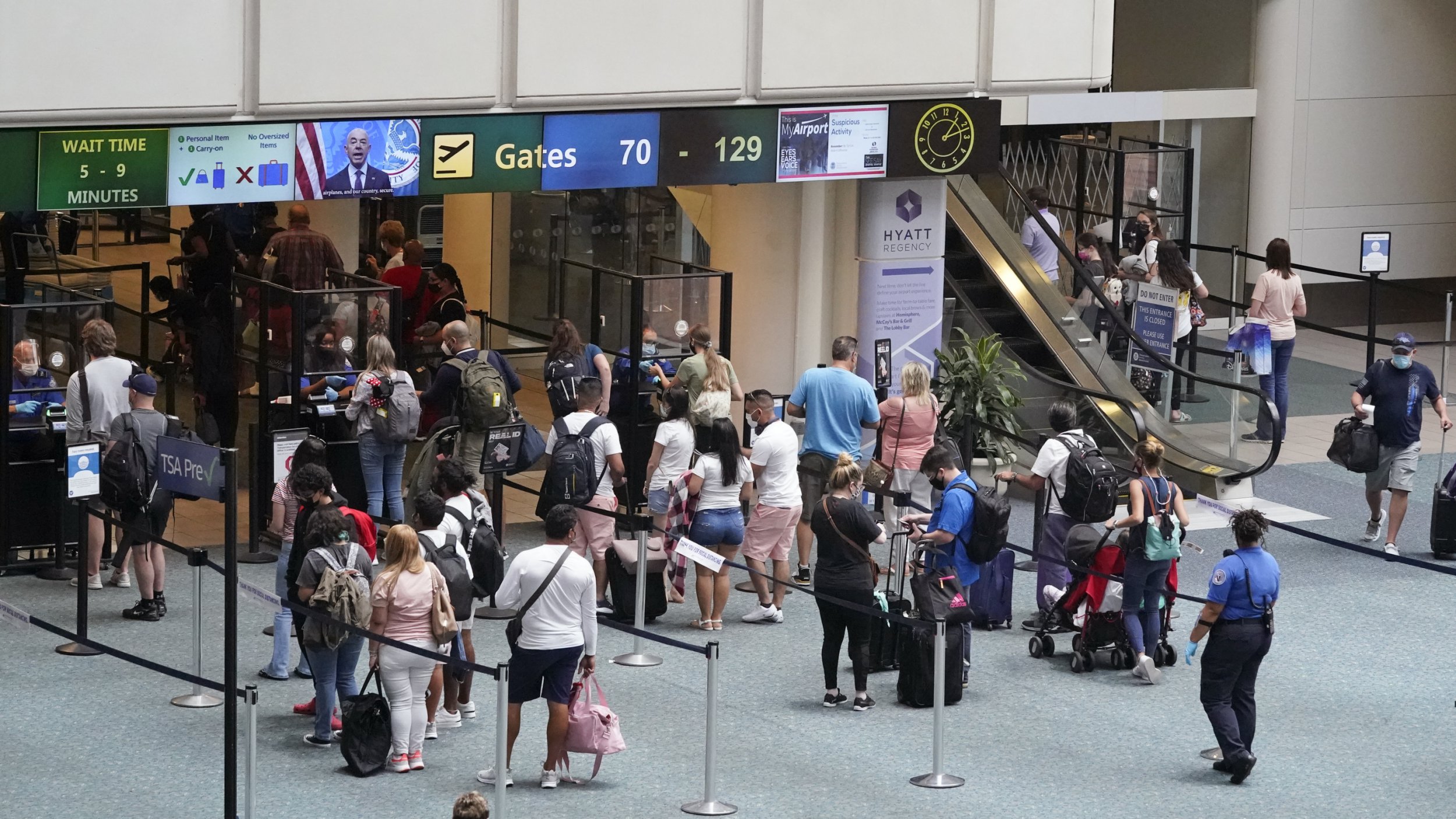 Memorial Day weekend, marking the unofficial start of summer, is traditionally one of the busiest times for travel all year. After a lull from Covid-19 in 2020, Transportation Security Administration (TSA) officials have screened a record number of people this holiday weekend.

TSA officials checked more than 1.9million travelers nationwide at airport security on Friday, which was the highest daily figure since the beginning of the pandemic, according to WPRI.

The daily screening number was expected to exceed 2million at least one day during the holiday weekend, which would be the most travelers since early March 2020 before the coronavirus became widespread.

About 2.5million Americans planned to fly this weekend, AAA estimated. However, from Thursday to Saturday, TSA screened nearly 5.5million travelers, far exceeding the AAA’s projection, according to CBS News. During the same time frame in 2000, less than 1million people went through airport security.

Even before the holiday weekend, travel had rebounded. The TSA screened close to 1.6million people per day this month, a spike up from 224,000 daily in May 2020. But the figure is still one-third less than the same time period in 2019.

In addition, more than 37million people planned to travel at least 50 miles for Memorial Day weekend, which was a 60% hike from last year, according to AAA. The projection came despite gasoline prices hitting $3 per gallon for the regular pump, the highest amount in seven years.

Travel appears to be up thanks to increasing Covid-19 vaccination rates and lower infection numbers. Consumer spending was up in April, according to the US Commerce Department.

Vacation destinations like Myrtle Beach, Las Vegas and Hawaii were some of the most popular spots for Memorial Day weekend, according to AAA. Travel began picking up in April as more people got Covid-19 jabs and the weather became warmer.

‘People are just excited to get out,’ AAA spokeswoman Paula Twidale said.