The two men were arrested after flashing fake U.S. marshal badges and mask exemption cards at an oceanfront hotel in Deerfield Beach, Fla., according to a criminal complaint. 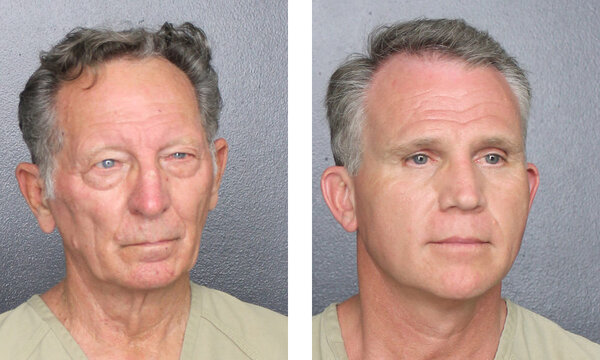 Two men were arrested and charged with impersonating a federal officer after they pretended to be U.S. marshals to avoid wearing masks at a South Florida resort, according to a criminal complaint.

Walter Wayne Brown Jr., 53, and Gary Brummett, 81, flashed mask exemption cards and fake U.S. marshal badges to get around mask rules at the hotel, according to the criminal complaint filed in the U.S. District Court for the Southern District of Florida. They were arrested last week after a real U.S. marshal was sent to the hotel to validate their claims.

The men were guests at the Wyndham Deerfield Beach Resort, an oceanfront hotel in Broward County, Fla. The resort did not immediately respond to a request for comment about the arrests, which were reported by The South Florida Sun-Sentinel.