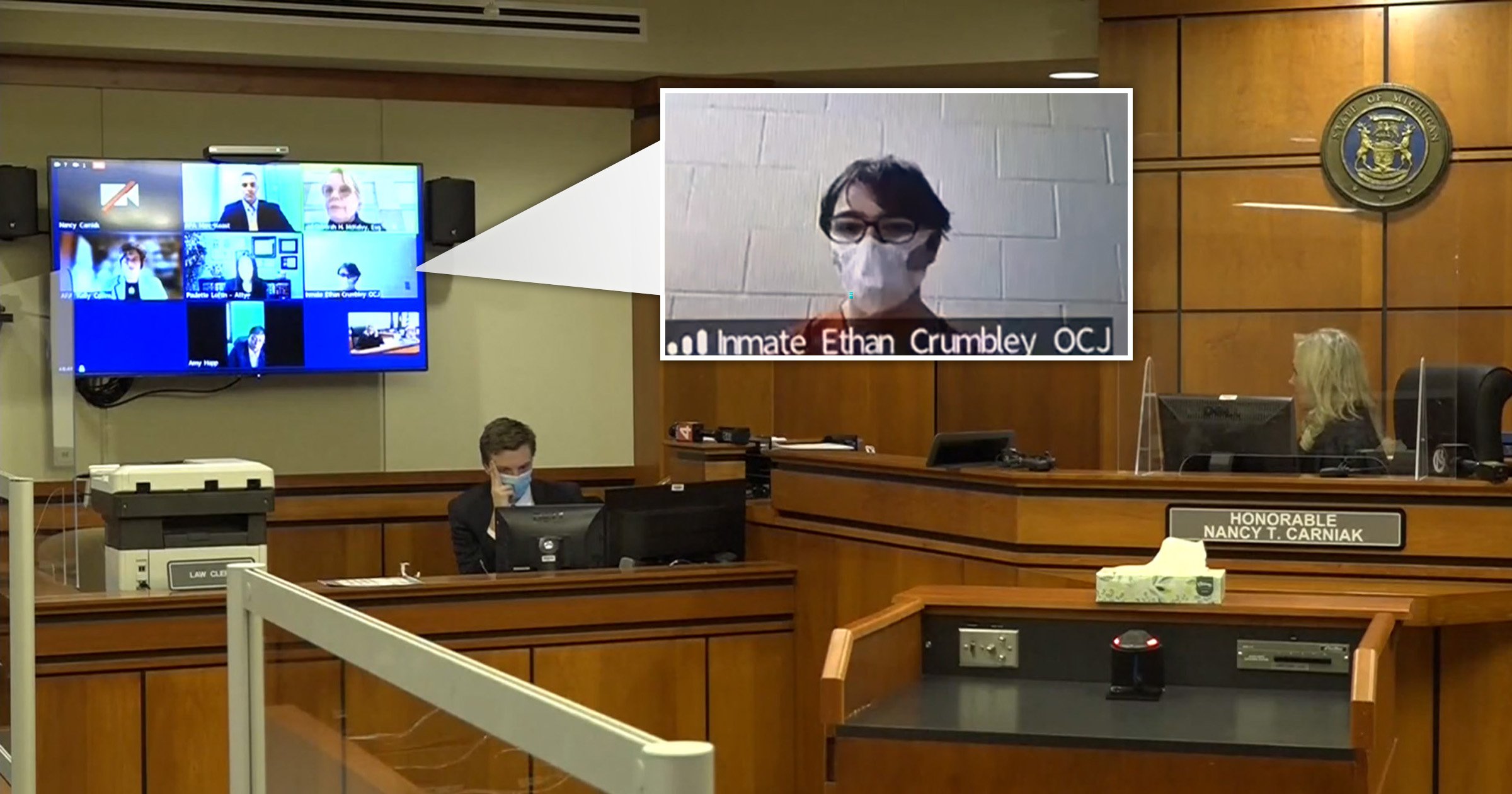 Ethan Crumbley, the 15-year-old accused of opening fire at his Michigan high school last month, appeared in court Monday for a probable cause hearing.

Crumbley faces over 20 charges, including one count of terrorism causing death, four counts of first-degree murder, seven counts of assault with intent to murder and 12 counts of possession of a firearm during the commission of a felony.

Monday’s hearing in front of Judge Nancy Carniak was in preparation for a second hearing set for the new year, at which a judge will hear evidence and decide whether there’s enough evidence to send Crumbley to trial.

The case could be put on hold if Crumbley’s attorney seeks a mental competency exam.

Crumbley’s guardian ad litem, the person the court appointed to investigate what solutions would be in the ‘best interests of a child’ asked that he be moved back to the Children’s Village.

His appointed guardian said he was being deprived of going to school, and that other juveniles being held in the children’s facility are also charged with murder.

Paulette Loftin, Crumbley’s attorney, then added that the teen had no prior history of being a ‘menace’ to other children, and that his alleged involvement in the mass shooting was an ‘isolated incident.’

Prosecuting attorney Marc Keast then argued that the juvenile detention facility, Children’s Village, is not secure enough for an inmate such as Crumbley who is accused of premeditated violent acts against his own classmates.

The judge said the placement in jail is appropriate, but that she will discuss with jail officials concerns that were raised over Crumbley being able to see and hear adults being held in the jail.

The probable cause conference was adjourned until January 7 while the defense and prosecution review evidence.

The teenage suspect is being held in the Oakland County Jail along with his parents, Jennifer Crumbley, 43, and James Crumbley, 45.

Jennifer and James Crumbley have each been charged with four counts of involuntary manslaughter and are scheduled to appear in court at 1.15pm Tuesday in the same court but in front of Judge Julie Nicholson.