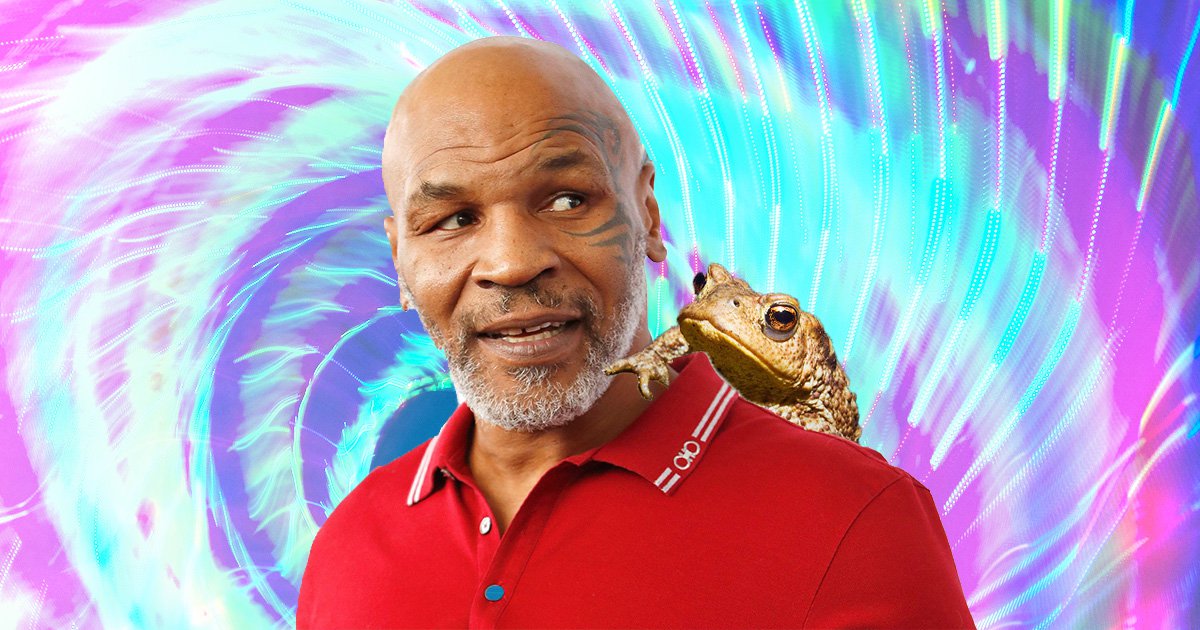 Tyson, 55, spoke of his experience tripping on ‘toad’, which is Mexican amphibian known as the Sonoran Desert Toad, at Wonderland, a conference on psychedelics, microdosing and medicine in Miami.

‘I “died” during my first trip,’ Tyson told the New York Post.

‘In my trips I’ve seen that death is beautiful. Life and death both have to be beautiful, but death has a bad rep. The toad has taught me that I’m not going to be here forever. There’s an expiration date.’

The toad lives underground for seven months but when it is active, its venom can be smoked to induce a short trip. The venom has historically been used in traditional healing rituals.

Tyson discovered toad four years ago when he was 100 pounds overweight and drank and did drugs. The ex-boxer heard about toad from a friend and took a major liking.

‘I did it as a dare. I was doing heavy drugs like cocaine, so why not? It’s another dimension. Before I did the toad, I was a wreck,’ Tyson said.

Since his first trip, Tyson has taken toad 52 more times and has even tripped three times in one day. He claims he lost 100 pounds in just three months and began boxing again and building back relationships with his wife and children.

‘It has made me more creative and helps me focus,’ Tyson said. ‘I’m more present as a businessman and entrepreneur.’

Tyson now serves as an advocate for psychedelics and promotes them nationwide.

‘People see the difference,’ Tyson said, referring to himself.

‘It speaks for itself. If you knew me in 1989 you knew a different person. My mind isn’t sophisticated enough to fathom what happened, but life has improved. The toad’s whole purpose is to reach your highest potential. I look at the world differently. We’re all the same. Everything is love.’

Tyson even has amphibians in a nursery at his ranch in Desert Hot Springs, California.