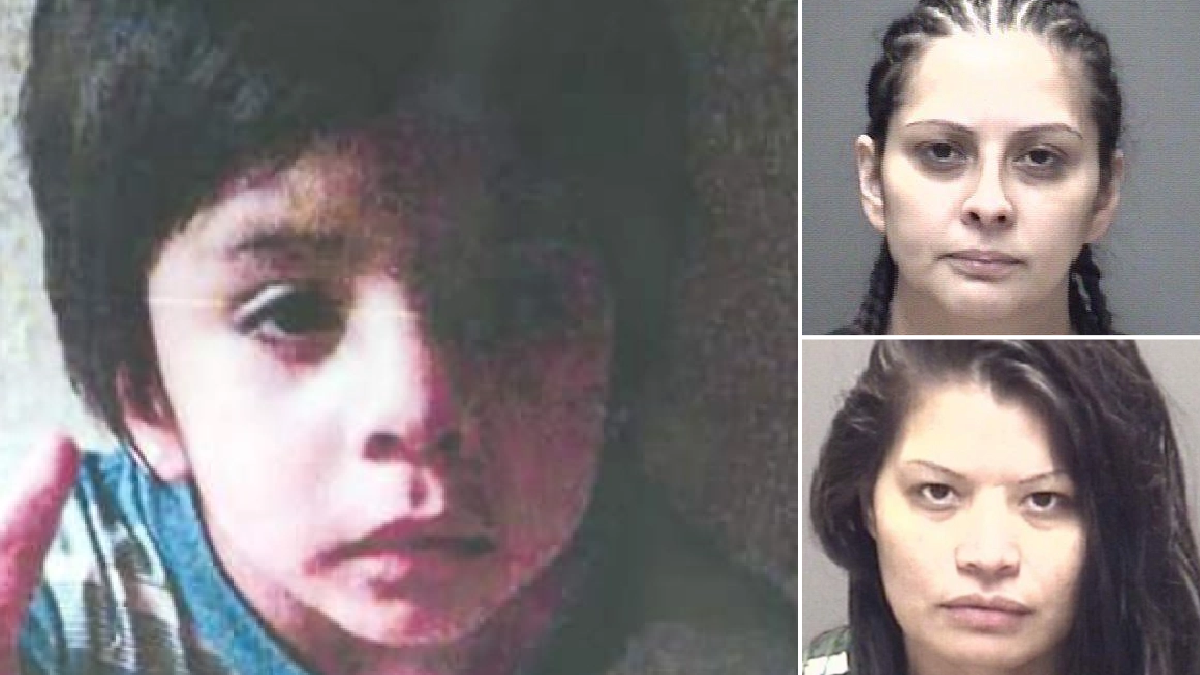 A mother was branded ‘evil’ as she was jailed for life for torturing her four year-old son to death to relieve stress after fighting with her girlfriend. Rebecca Rivera, 37, was ordered to spend at least 30 years behind bars on Thursday over the October 2017 killing of her son Jayden Lopez in Galveston, Texas.

Announcing Rivera’s life sentence on Thursday, prosecutor Matt Shawhan said: ‘You can’t rehabilitate evil. This defendant earned every day of a life sentence.’ Jayden was beaten by his mom with ‘anything she could find when she was frustrated’ with girlfriend Dania Gomez, 34.

She used the youngster as a punchbag after arguments with her lover, who was also arrested after Jayden’s body was found, and testified against Rivera in return for a lighter sentence.

Rivera’s torture objects included clothes hangers and lit cigarettes, which she stubbed out all over her young son’s back. She also bound him by the wrists and ankles, leaving scars, and beat him with other unidentified objects.

A doctor who examined Jayden’s body said he had been malnourished. After the youngster succumbed to the abuse, Rivera and Gomez dumped his remains in the Gulf of Mexico, The Galveston County Daily News reported.

Jayden’s body was discovered 24 to 48 hours later. No one noticed he had gone, or reported him missing. A sketch was released to try and generate information about who the boy was, with investigators identifying him six months later.

They arrested Rivera and Gomez shortly afterwards, in June 2018. Rivera, who was convicted of causing injury to a child, plans to appeal her sentence,

Gomez has been charged with injury to a child, and is being held in jail ahead of a plea hearing on February 11.

A chef is flogging his 'Samurai sword' umbrella on Ebay after growing fed up of being swarmed by armed police. Mike Devlin, 50, says he…