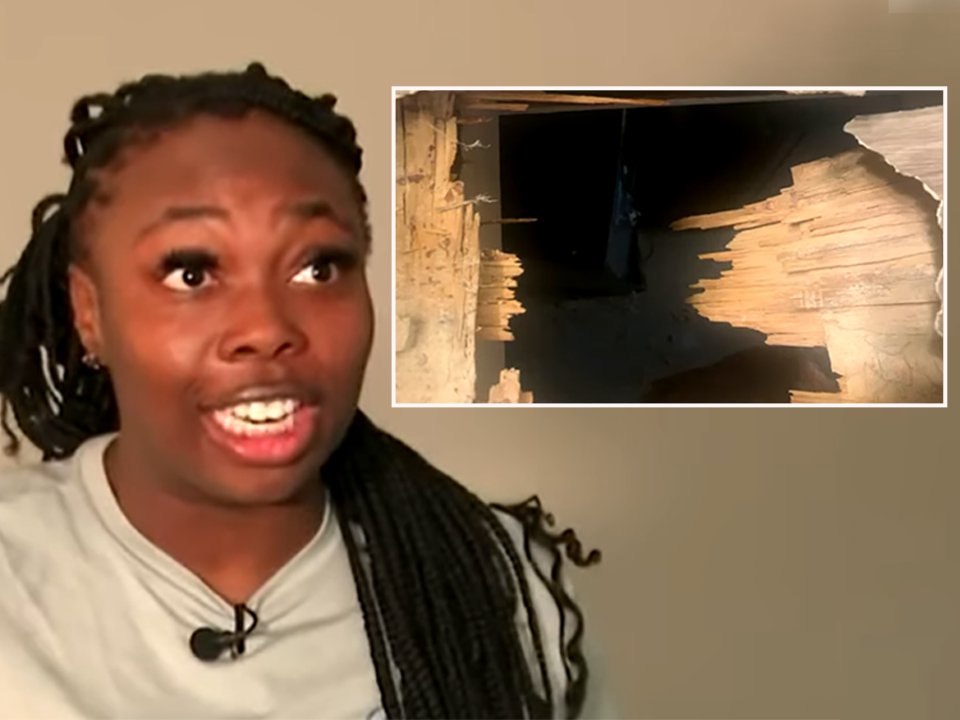 A mother woke up to find her four-year-old son dangling from a hole on the floor of her apartment that their dog had already fallen into. Birdesha Weldon said she had reported her concerns of the floor possibly opening up for four months and that she awakened to her worst fears.

‘I jumped up, my heart is pounding, and I see my son hanging on for dear life,’ Weldon told WGCL of the incident on Thursday morning.

Weldon said she pulled her son Ethan out of danger just in time. It could have been worse.

‘I could literally see him shaking. He was like mommy, “I almost died.” And I was like, “thank God you didn’t,”‘ Weldon said. ‘Thank God he was strong enough to hold himself up until I jumped out of bed to get him but other than that, he probably would have fell through and God forbid broke a leg or arm or died.’

Their dog Milo was not as lucky. The pup had fallen through the 10-foot hole and was silent for some time.

Weldon reported the potential hazard at Abernathy Apartments in Sandy Springs, Georgia, starting in December 2020 and filed another complaint in January through the online tenant portal, records show. The mother claims that Abernathy Apartments and other residential complexes have done fewer inspections since the coronavirus pandemic began due to diminished oversight from state authorities.

Georgia law requires landlords to address repairs in ‘reasonable time,’ according to WGCL.

Maintenance workers closed the hole in Weldon’s apartment quickly after the incident.

However, the mother said it she waited too long.

‘If anything happens to my son, I don’t know what I’ll do,’ Weldon said. ‘So the simple things – like “hey I’m paying my rent and I’ve never been late – come fix the stuff.” That’s y’all job.’