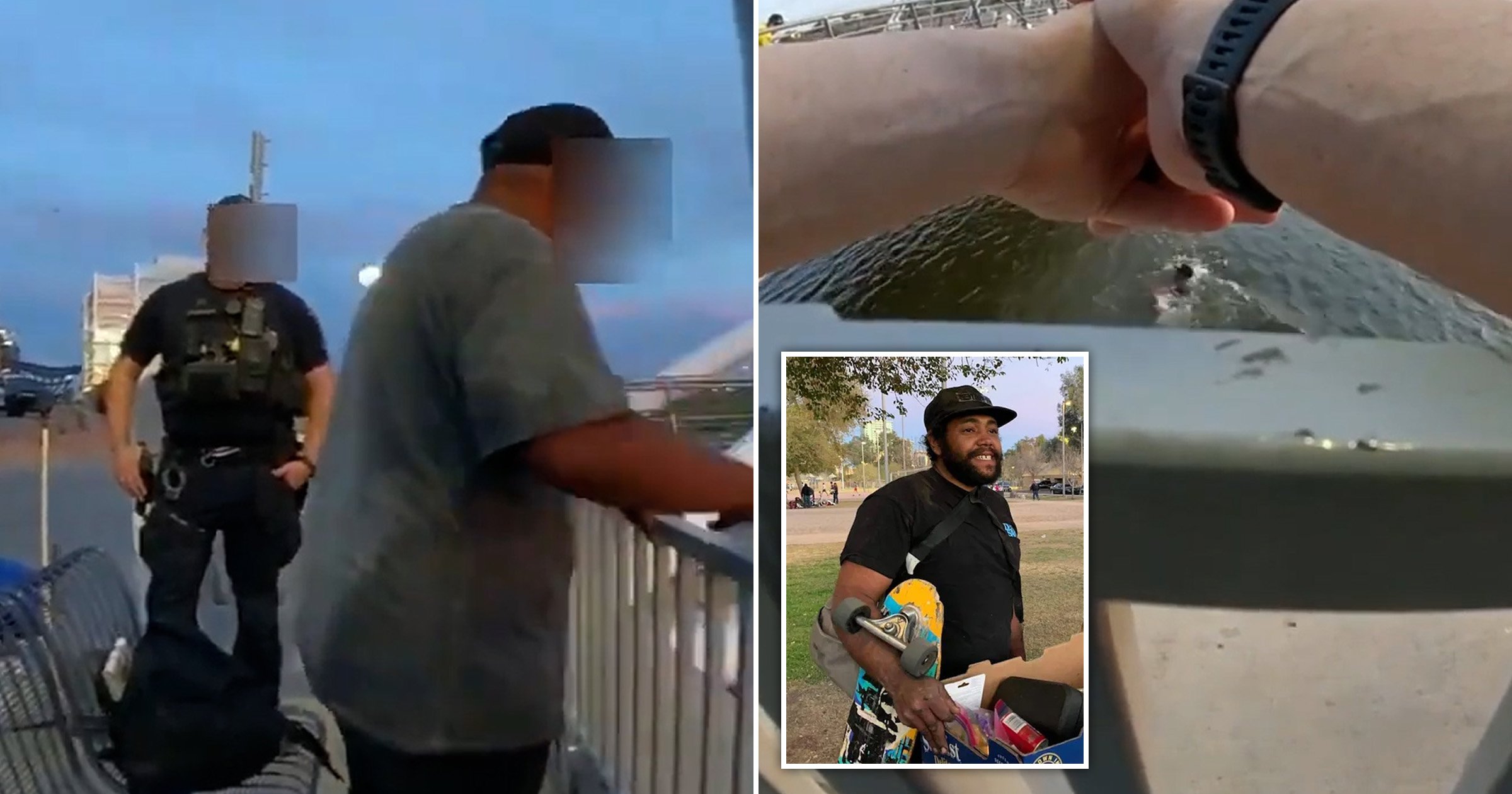 A man drowned to death in an Arizona lake last month as police officers ignored his cries for help, a transcript of body camera footage revealed.

An officer, identified as Officer 1 in the transcript, then replied: ‘Okay, I’m not jumping in after you.’

Officers had been called to the Elmore Pedestrian Bridge after a Downtown Tempe Authority ambassador reported a disturbance between Bickings and his companion.

Bickings and his partner cooperated with officers, who arrived just after 5am. They denied that any physical argument had occurred, according to News 12.

‘At that point, the officers don’t really have a reason to be there,’ said Andy Anderson, a former assistant chief with Phoenix Police. None of the officers at the scene had a background in mental health, according to Anderson.

Officers then ran the couple’s names through a database used to check whether people have outstanding arrest warrants. As they were checking, Bickings climbed over a 4-foot metal fence and entered the water.

Bickings can be seen on the video climbing over a bar and walking down to the lake, saying, ‘I’m going for a swim.’ An officer tells Bickings that he can’t swim in the lake, but did not detain him.

‘In reality, law enforcement did not have the authority to detain him,’ Anderson said.

He reportedly swam out about 30-40 yards before he began to struggle.

Police did not release the entire video because they said the drowning was too sensitive, and instead provided transcript of the footage.

In the transcript, Bickings tells officers he is drowning and they instruct him to swim over to the pylon and grab hold of it to keep himself afloat.

‘I’m drowning,’ Bickings said, according to the transcript.

‘Come back over to the pylon,’ one officer responded.

‘Okay, I’m not jumping in after you,’ Officer 1 replied.

At least one police officer tried to get a boat. City officials did not say whether their water rescue team was working that morning.

Tempe Police and Fire began to search for the man and officials said that his body was pulled from the lake shortly after 11am.

The three officers who witnessed the drowning have been placed on paid administrative leave pending the investigation.