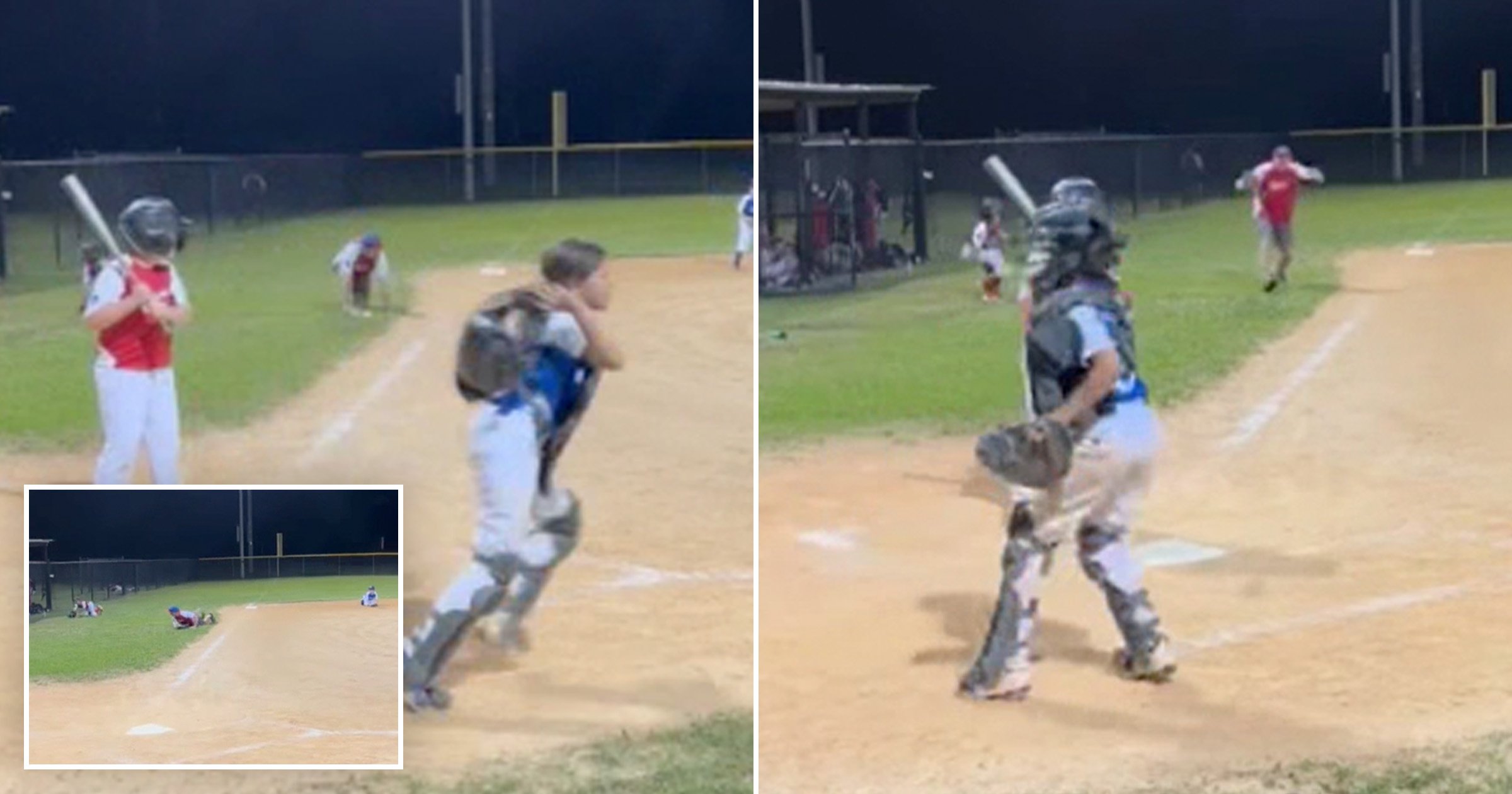 Gunfire erupted at a youth baseball game as children were on the field, causing them duck and cover and run in fear.

Dozens of shots were fired around 8:45pm on Monday from a parking lot by a park in North Charleston, South Carolina.

A video obtained by ABC News 4 captured the moment that the Dixie Youth little league players were in their positions on the field when gunshots rang out repeatedly. The children appeared stunned for several seconds as someone could be heard wondering if the sound was coming from ‘fireworks’.

Seconds later, the children realized or comprehended from adults that it was gunfire. The child at the home plate ran off the video frame, while others on the field could be seen dropping to the ground to try to dodge any stray bullets.

Witnesses said that gunfire went off after a big group of teenagers close to the park got into a fistfight. After a physical confrontation, the teens shot at each other and fled the scene before officers arrived, according to the North Charleston Police Department.

The shooting was not related to the baseball game, a police department spokesperson told TMZ. North Charleston Mayor Keith Summey was ‘appalled by what he heard and saw’, the spokesperson added.

‘We will leave no stone unturned in bringing these suspects to justice,’ the spokesperson said.

Three vehicles were struck in the crossfire.

No one was injured in the incident.

An investigation is ongoing and all games at the park were canceled for Tuesday.

Summey has pledged a $10,000 reward for information leading to arrests.

‘It destroyed the hearts of a lot of people: mothers, fathers, children out here participating in sports within our city,’ the mayor said during a news conference on Tuesday.

Authorities said they are offering help the children who were present during the shooting, and are exploring ways to make parks in the neighborhood safer.