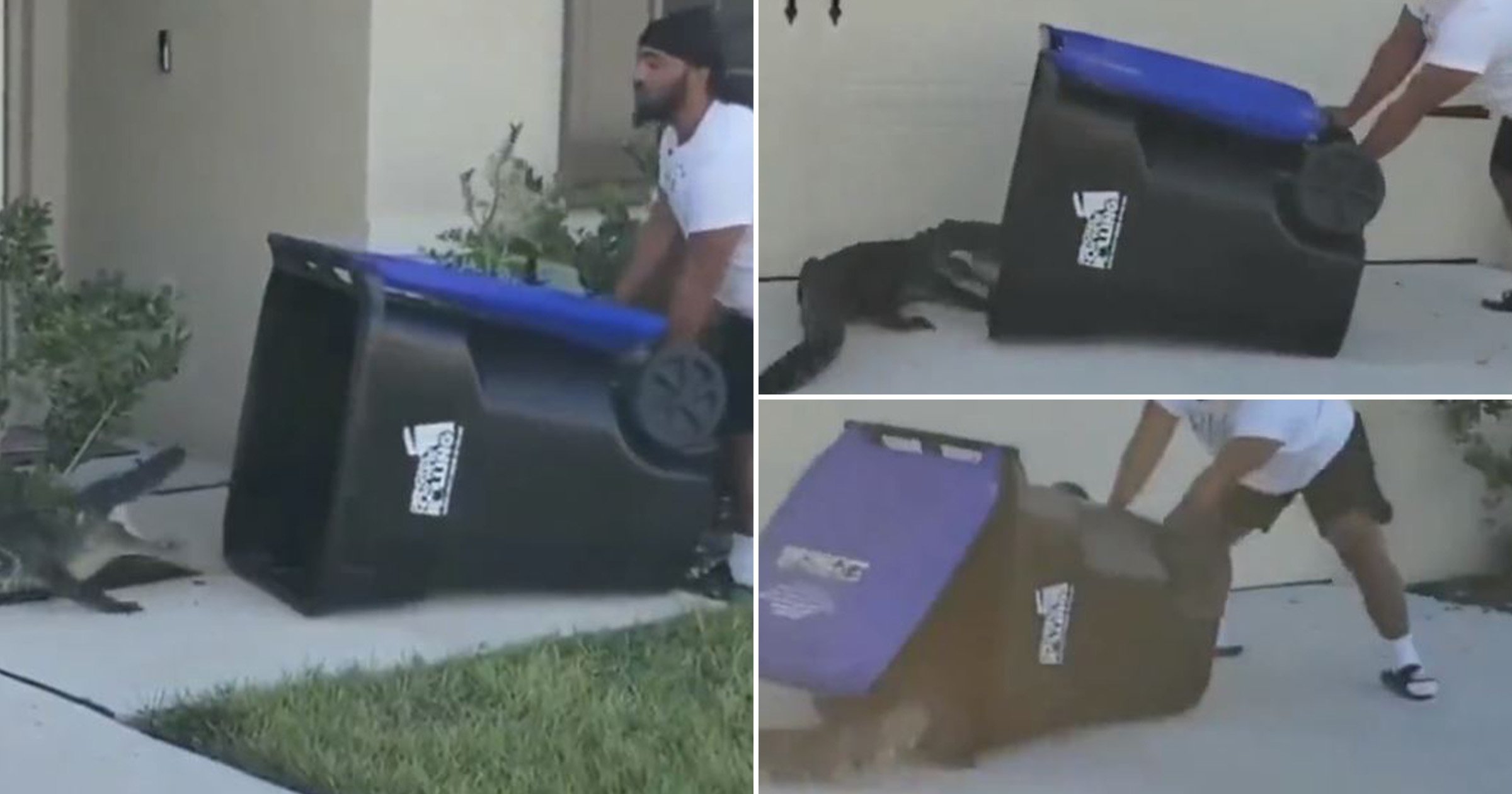 A Florida man said ‘see you later, alligator’, when confronted with a large reptile outside his home. In a viral video posted to his Instagram account, Abdul Gene Malik decided to literally trash the gator.

The Mount Dora man can be seen cornering the creature, shuffling around in socks and slides while trying to get the alligator into a large black garbage bin.

‘I got kids to protect,’ Malik wrote in the caption on his Instagram post, which has amassed more than 92,000 views in less than 24 hours.

As he backed the gator into a corner, Malik shimmied the open garbage can in front of the animal, working on getting it to enter the can.

In one foul swoop, he dropped the trash can lid down, hitting the gator on the head and stunning it enough to scoop the animal inside and secure its cover.

Onlookers in the neighborhood cheered as the alligator was captured, one yelling ‘Go, go, go, go, you got it!’ as Malik held the can, alligator trapped inside.

While the scaly creatures are common in the southeastern region of the US, Malik’s technique of capturing the dangerous animal during their unconventional encounter was what drew audiences in, causing the video to trend on Twitter Wednesday afternoon.

As the video made its rounds on social media, Florida Man began to trend.

‘FINALLY…a Florida Man that Floridians can actually be proud of. #Gator Done,’ one Twitter user wrote.

FINALLY…a Florida Man that Floridians can actually be proud of. #GatorDone pic.twitter.com/hU3ttdYSni

Another user wrote, ‘When I saw Florida man trending I immediately assumed it was about Matt Gaetz’.

TV host Heather Gardner tweeted, ‘This Florida man is better at protecting the people than Ron DeSantis’, referring to the state’s Republican governor.