A man was captured on video engaging in a homophobic attack on a New York City subway rider that involved ripping his hair and an anti-gay slur.

The suspect allegedly spat on the 22-year-old victim on the northbound A train at West 190 Street shortly before 2.30pm on March 19.

Surveillance footage showed the suspect jumping on the rider, yanking his hair, and shouting, ‘I’m sick of all you f**s’. The perpetrator then said he ‘wished he brought pepper spray’ and spat on the victim.

‘The suspect began spitting at a 22 Y/O male before attacking him & ripping out his hair while making anti-gay remarks,’ the New York Police Department Crime Stoppers tweeted on Wednesday.

The victim sustained cuts on his head and was transported to a local hospital in stable condition. He suffered hair loss.

In addition to the video, the police department released two images of the attacker. He appeared to wear all black clothing. His identity is not yet known and he remains at large. 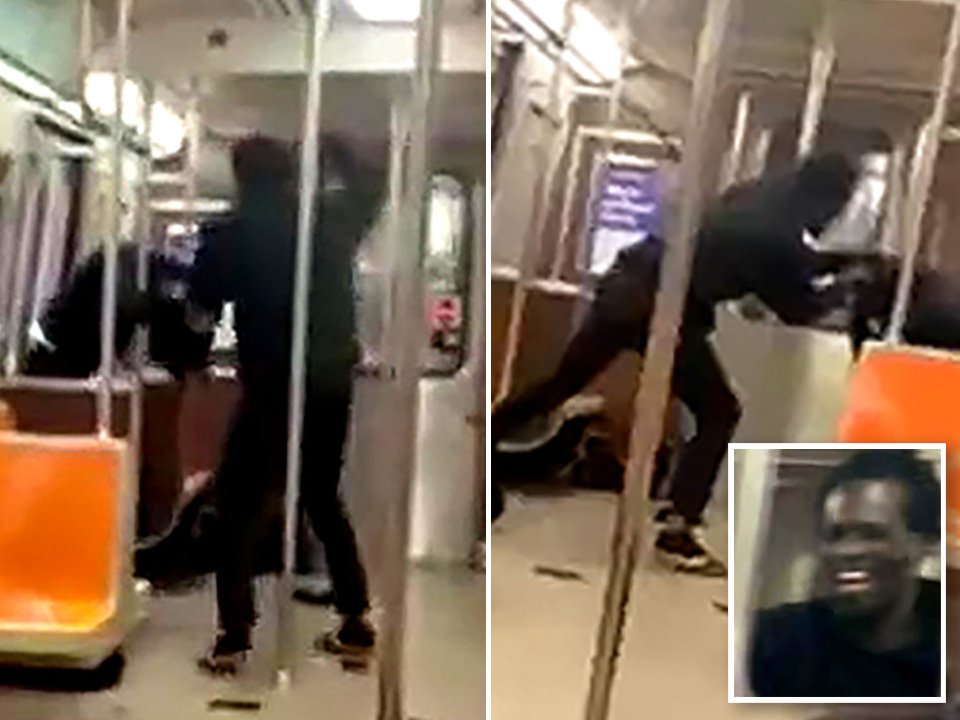 The police department is offering a $3,500 reward for information leading to an arrest.