A man risked his life trying to flee cops – with a dramatic jump from elevated New York City subway tracks to the roof of a building across the street.

Kendall Floyd, 25, took the leap as bystanders watching in suspense below him begged him not to do it.

Floyd was driving around Brooklyn’s Williamsburg neighborhood when police officers saw he wasn’t wearing a seatbelt and pulled him over around 4pm on Wednesday, according to authorities.

As police officers carried out the stop at Humboldt and Debevoise streets, Floyd flung the car door open, hit a cop in the arm and ran. 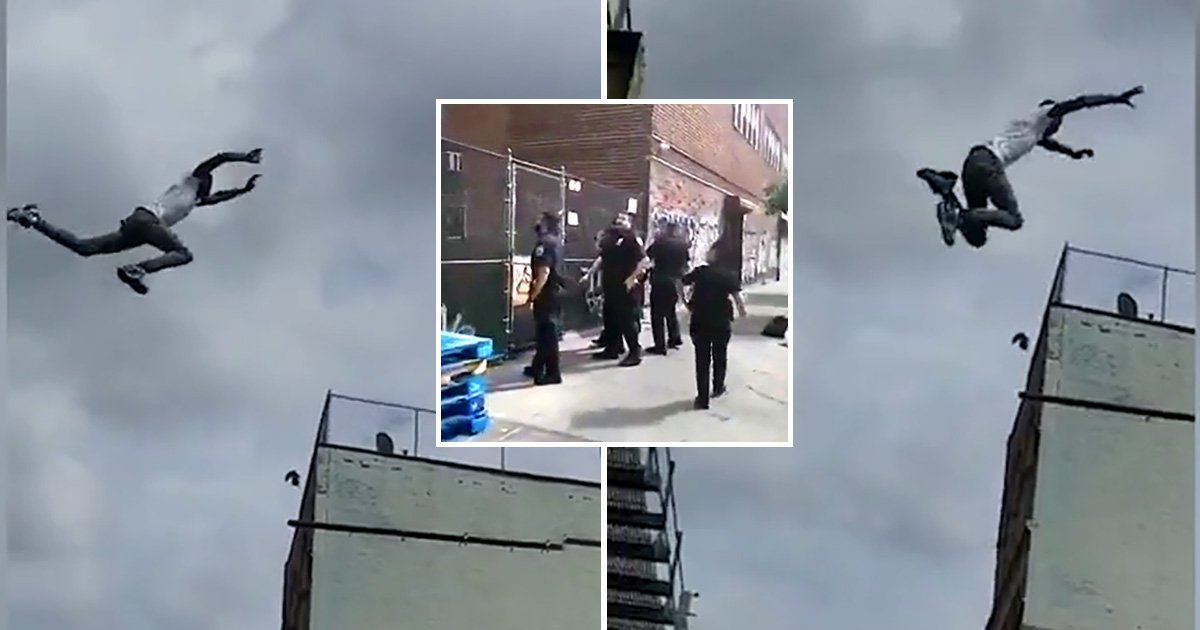 Cops caught up to Floyd within three blocks, but he refused to surrender and climbed up a stanchion pole to elevated subway tracks by the Flushing Avenue station.

In a video shared on Twitter on Wednesday, Floyd stands at the edge of the tracks, adjusting his footing.

‘Don’t do it, man! It’s not worth it!’ spectators can be heard shouting as cops stand below.

Suddenly, Floyd leaps, as people scream, and makes it to the rooftop.

Cops can be seen running around the corner to a chain-link fence blocking the back section of the building where the suspect landed.

One of the police officers jumps the fence and runs to the back area. Shortly after, another cop pulls a wooden frame from a stack and leans it against the fence, appearing to prepare to clear the fence, before the clip ends.

Floyd, of Queens, sustained a leg injury and was arrested, according to the New York Post. He was transported to Woodhull Medical Center in stable condition.

He has been charged with assault of a police officer, reckless endangerment, false impersonation, official misconduct, disorderly conduct, two counts of criminal trespassing and a seatbelt violation, cops said.

The police officer struck during the car stop was taken to Brooklyn Hospital Center for a checkup.