Heartbreaking video footage shows the moment frustrated onlookers begged police to charge into the Texas elementary school where a gunman was inside, fatally shooting 19 children and two teachers.

Police stood by for at least 40 minutes after a gunman entered Robb Elementary School in Uvalde, Texas.

As the mass tragedy unfolded inside a fourth grade classroom, parents and onlookers shouted at police officers who were standing around outside the building.

‘Go in there! Go in there!’ one woman shouted at an office after the attack began, according to Juan Carranza, 24, who watched the massacre unfold from outside his house across the street. 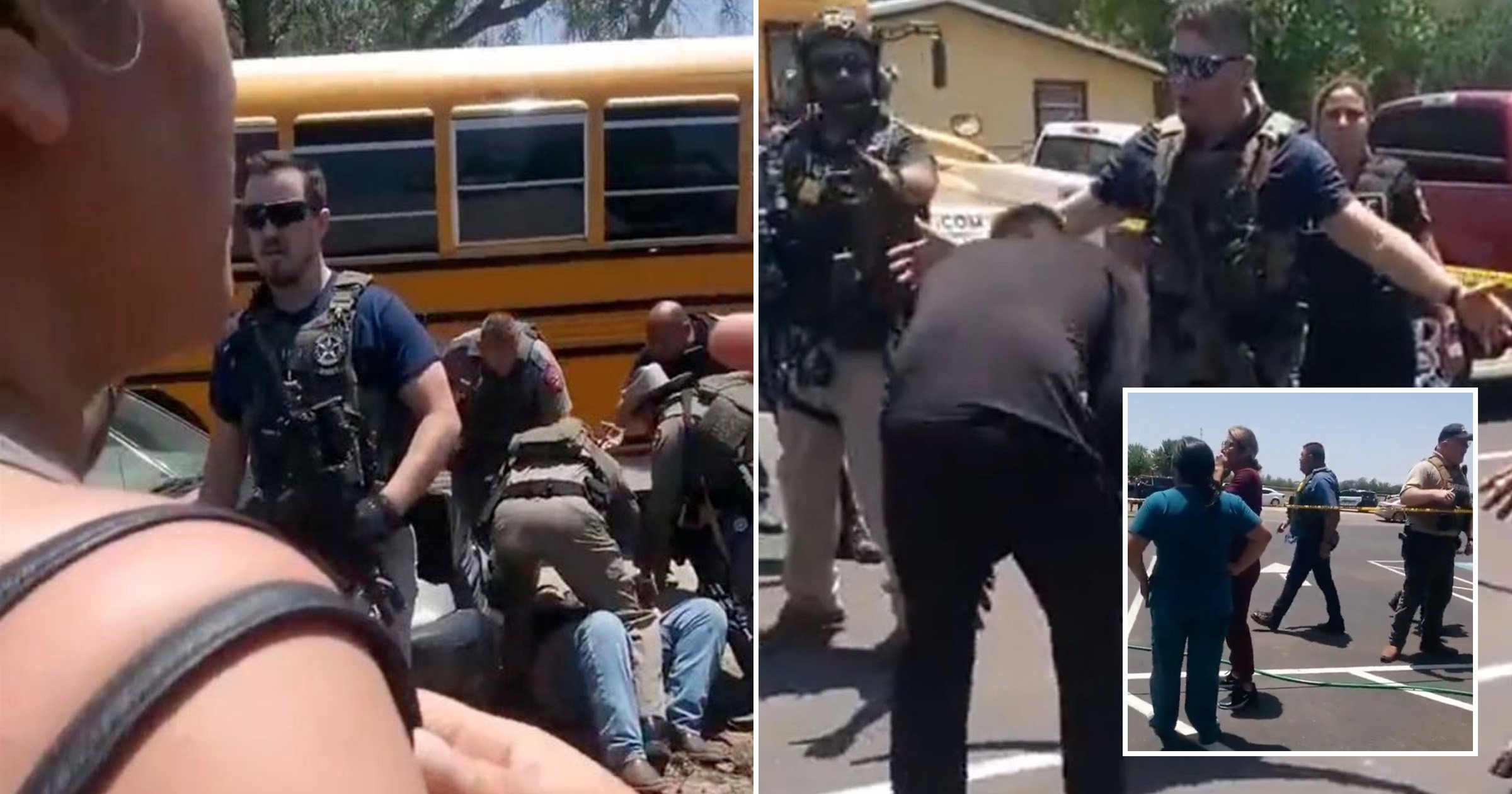 One father, who would later learn his own daughter had been killed, rushed to the school when he heard about the shooting. He arrived as police were still gathered outside the building.

Upset with their lack of action, Javier Cazares raised the idea of charging into the school himself.

‘Let’s just rush in because the cops aren’t doing anything like they are supposed to,’ Cazares said. ‘More could have been done.’

‘They were unprepared,’ the father added.

His daughter, fourth grade student Jacklyn Cazares, was one of 19 children killed in the attack.

The distressed father later told the Washington Post: ‘We didn’t care about us. We wanted to storm the building. We were saying, “Let’s go” because that is how worried we were, and we wanted to get our babies out.’

In one clip a bystander can be heard howling: ‘What are you doing — get inside the building!’

Texas public safety officials said that the gunman, identified as 18-year-old Salvador Ramos, ‘encountered’ a school security officer before entering the building. It’s unclear whether he exchanged gunfire with the officer.

The gunman reportedly fired at two arriving Uvalde police officers who were outside the building before running inside and barricading himself in a fourth grade classroom.

All of those who were killed were located inside the same classroom, officials said.

Between 40 minutes to an hour elapsed from when the gunman opened fire to when the tactical team fatally shot him.

According to law enforcement officials, Border Patrol agents who responded to the scene had trouble breaching the classroom door and had to find a staff member to open the classroom with a key

A law enforcement official familiar with the investigation told the Associated Press that the Border Patrol agents had trouble breaching the classroom door and had to get a staff member to open the room with a key.

Still, officials in Texas are defending the response to the massacre.

‘They showed amazing courage by running toward gunfire for the singular purpose of trying to save lives,’ Texas governor Greg Abbott said.

‘They were able to save lives,’ he added. ‘Unfortunately, not enough.’