A former school principal has been charged after video emerged of him shoving a special needs student to the ground.

Brian Vollhardt, who was principal of Wolters Elementary School in central California, was recorded interacting with a boy during breakfast time.

At that point during the inaudible exchange, the principal forcefully pushes the boy to the ground, as two more adults react. 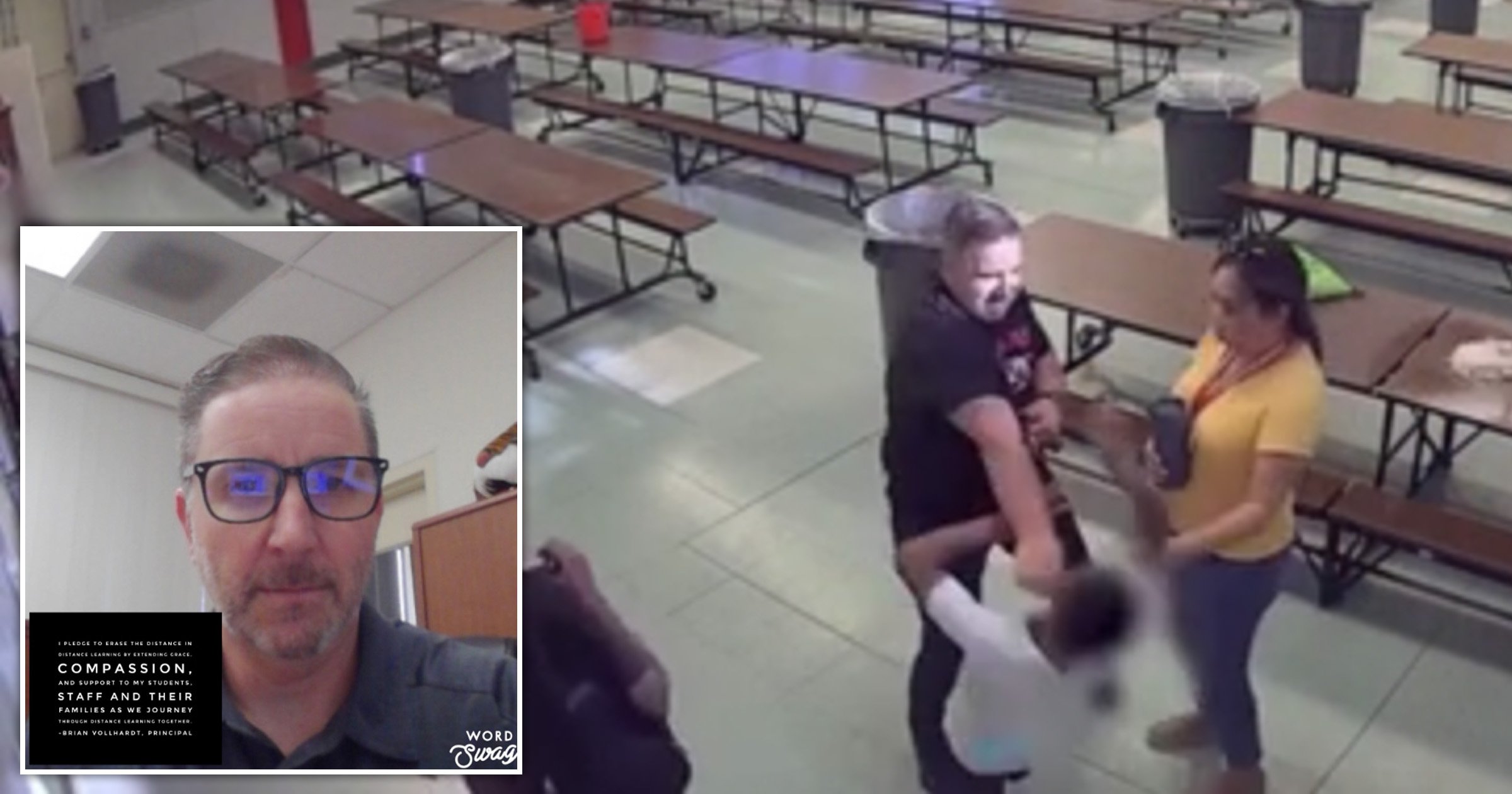 The incident was reported to Fresno cops on June 9, but Police Chief Paco Balderrama said he only found out about the incident on September 6.

‘Instead of de-escalating the situation, the former principal chose to aggressively shove the student down,’ stated the school district.

Vollhardt was put on administrative leave as the school started an investigation, but he resigned soon after. He has been charged with cruelty to a minor.

‘I can tell you as a police chief in this community, I have a real problem as to the way that this child was treated,’ said Balderrama, according to KTVU.

‘As a parent of a 9-year-old kid, which is a very similar age to the victim in this case and who also suffers from anxiety and doesn’t always handle situations in the best way, it is troubling as to how somebody who is supposed to protect this child and provide support, treated them.’