Flames and smoke spewed from underneath a Spirit Airlines plane after it landed, terrifying passengers on board.

A video recorded by a passenger on another plane showed Spirit Airlines flight 383 sitting on the tarmac at Hartsfield-Jackson Atlanta International Airport on Sunday morning with flashes of flames and thick gray smoke billowing out.

Spirit Airlines said that a brake overheated while landing around 9.25am, which triggered a small fire.

‘Spirit Flight 383 from Tampa to Atlanta landed safely in Atlanta International Airport and upon landing one of the brakes overheated,’ said an airline spokesperson, according to NBC News. 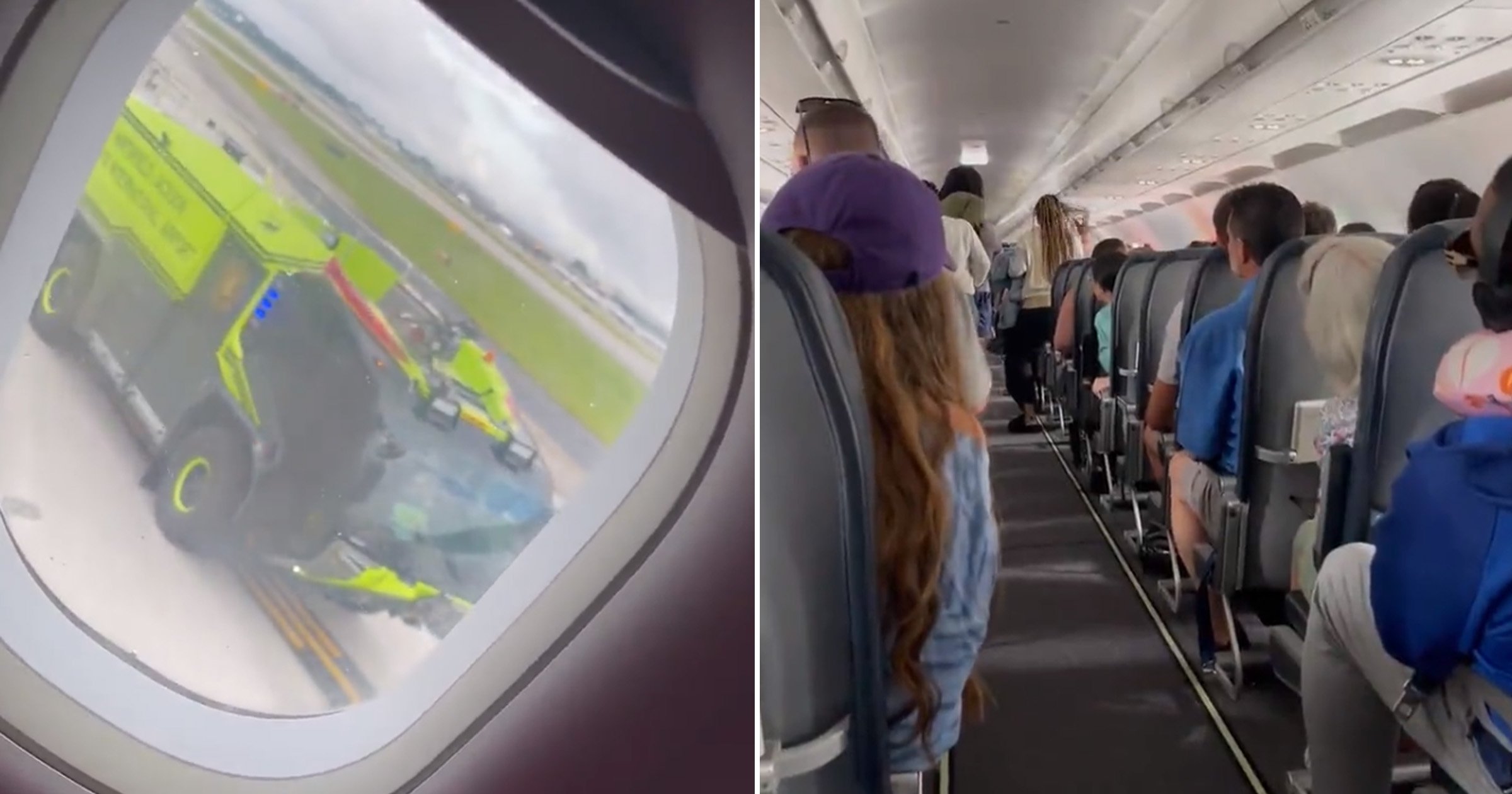 ‘The aircraft was towed to the gate where Guests safely deplaned without any injuries. Thank you to the Atlanta first responders for immediately meeting the aircraft. The plane will be temporarily removed from service for maintenance.’

First responders quickly put the blaze out and towed the aircraft to gate D2, according to FOX 5.

All passengers got off the plane safely and no one was injured, airport officials said.

A passenger on the flight, Scottie Nelms, said that the takeoff and the journey went smoothly, and that it was not until the landing that things went awry.

‘Once we landed, it made a weird noise from the left side of the plane. Nobody knew what it was until we stopped completely in the middle of the landing strip,’ Nelms told FOX 5. ‘We saw a flame coming from the engine and people and myself started freaking out.’

Another video recorded from inside the aircraft shows passengers both standing and sitting, wondering what is going on. Flight attendants can be heard announcing that passengers need not evacuate and should remain seated.

It was not the first time that a Spirit Airlines flight has caught aflame.

In October, one of the airline’s planes that was set to depart from Atlantic City International Airport in New Jersey experienced a fire when a ‘large bird’ flew through the engine. The pilots aborted the takeoff.