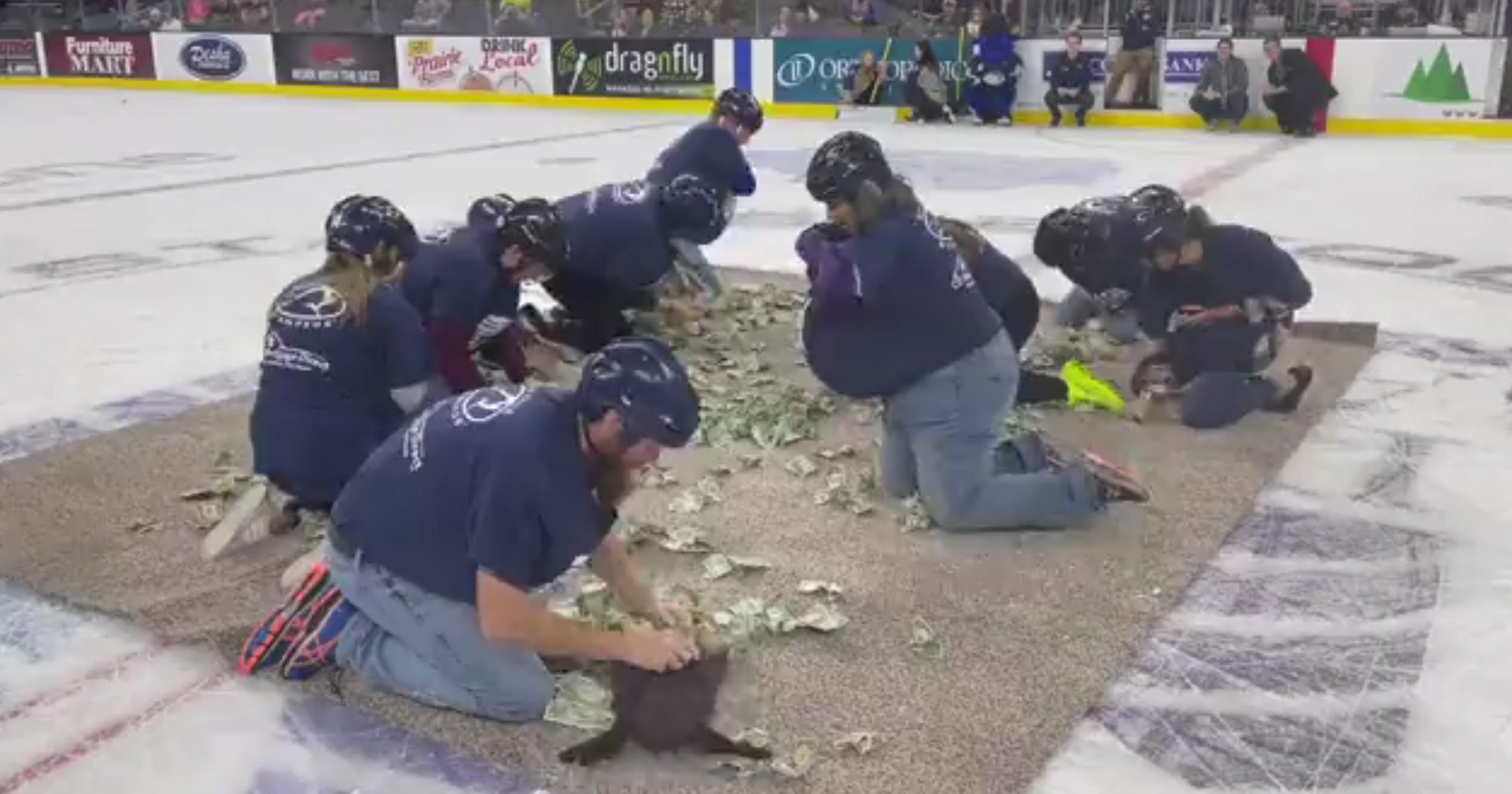 Teachers made a literal ‘dash for cash’, competing to grab as many dollar bills as they could to pay for classroom supplies, in a spectacle that was both praised and criticized.

Ten teachers partook in scramble at the Sioux Falls Stampede junior hockey game on Saturday at the Denny Sanford Premier Center in South Dakota. After the first period of the game, event staff dumped plastic bags full of dollar bills totaling $5,000 in a roll-out carpet in the middle of the ice rink.

‘I think it’s really cool when the community offers an opportunity like this for things that educations a lot of times pay out of pocket for,’ the teacher told the Sioux Falls Argus Leader.

The cash was donated by CU Mortgage Direct. A representative for the company spoke proudly of the event to the local newspaper.

‘With everything that has gone on for the last couple of years with teachers and everything, we thought it was an awesome group thing to do for the teachers,’ the representative said. ‘The teachers in this area, and any teacher, they deserve whatever the heck they get.’

But some onlookers did not like the nature of the event at all.

‘As a teacher, I find this humiliating,’ a Twitter user wrote in a thread on a video. ‘Scrambling against others on the ground for a few $1 bills? How about honoring teachers with genuine donations rather than turning us into silly entertainment for fans?’

South Dakota ranks near the bottom when it comes to funding education. Teachers in the state on average get paid $48,984 per year, which is 50th in the US in the list that includes Washington, DC, according to the National Education Association. The state spends $10,805 per student, which ranks 38th in the country, the union reports.

TWITCH stars Ninja and Pokimane has been feuding – but what's it all about? The flare-up comes after fellow Twitcher Jidion was permanently banned for…