Shocking video footage revealed the moment a United Airlines employee hit a passenger at the check-in desk before being brutally beaten to the ground in what quickly became a physical altercation.

Video circulating online shows a man and an employee facing off at the front check-in at Newark Airport in New Jersey.

The passenger, wearing a black sweatshirt, had approached the desk while pushing his luggage on a cart.

The two exchange words, though its unclear what, before the argument grows tense. 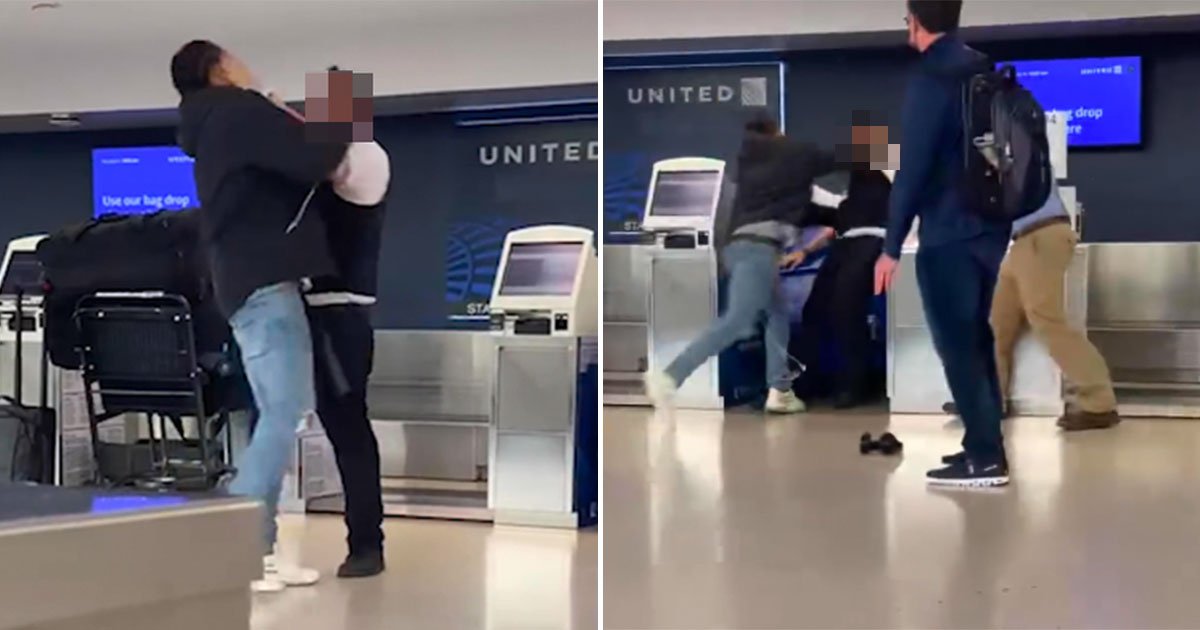 It’s unclear what transpired that led the employee to square up and hit the passenger. Towering over the staffer, the passenger then appears to slap the airline employee before throwing several punches, the video shows.

As he punches the employee, he stumbles backward onto the airline equipment before tumbling hard onto the ground.

Two more punches send the employee falling back onto the luggage conveyor belt at the check-in station.

He stumbles a bit while bringing himself to his feet, and can be seen with blood splattered across his eye as he approaches the passenger once again.

Onlooking passengers can be seen holding their hands up in a ‘stop’ motion as the employee nears the passenger, who then yells: ‘Oh, you want some more?’

Other passengers onlooking beg the employee to stop as the passenger continues shouting to others: ‘He works at the airport and he assaulted me.’

Staff and passengers can be heard yelling at the men to ‘stop’ as the fight progressed.

‘United Airlines does not tolerate violence of any kind at our airports or on board our planes and we are working with local authorities to further investigate this matter,’ United Airlines told DailyMail.

Police in New Jersey reportedly escorted the passenger away from the airport following the fight.

It’s unclear what caused the fight to break out, or if any actions have been taken against the employee involved in the altercation.