An anti-Semitic attack involving a woman spitting on an 8-year-old Jewish boy outside a Brooklyn synagogue before allegedly telling him and his young siblings that they should have been killed in the Holocaust is being investigated by New York City police.

The disturbing incident, caught on surveillance video, took place around 12.30pm on Friday on a residential street, directly outside of an Orthodox synagogue.

‘Hitler should have killed you all. I’ll kill you and know where you live,’ the woman allegedly yelled at the group of children. Footage released by the NYPD show the woman wearing an orange sweatshirt, black leggings and black UGG boots marching up to the children.

When she got directly in front of the children, who were 2, 7 and 8-years-old, she began shouting ‘anti-Jewish statements,’ authorities said.

After yelling hateful comments at the children, she spit in the face of the 8-year-old boy, NYPD told The Washington Post. 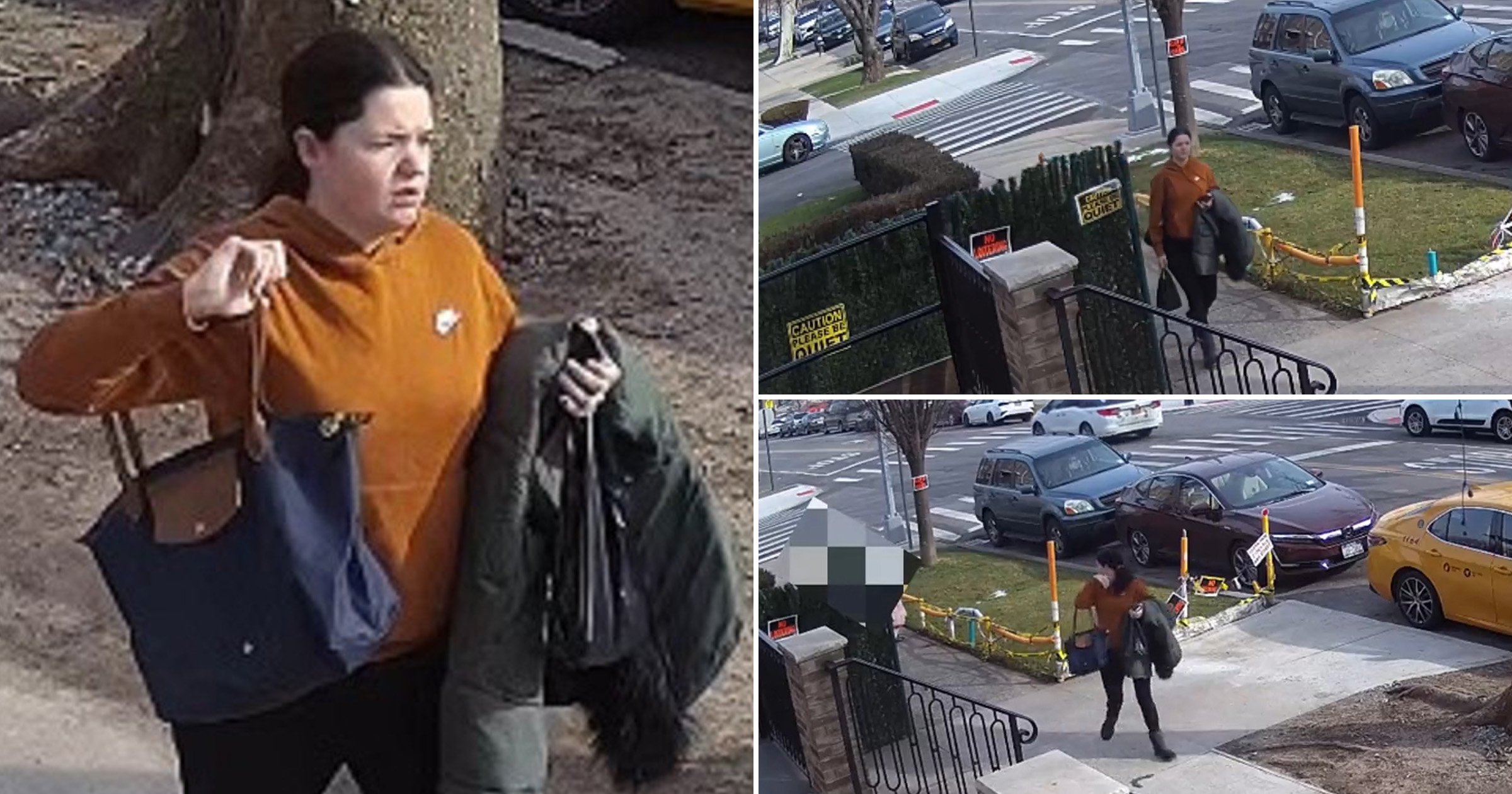 Their father, Aryah Fried, told CBS News that the family had never encountered the woman before.

‘I would hope that she understands the severity of what she did,’ Fried said. ‘To do it to anybody is obviously problematic, but for an adult to do it to a child is just beyond crazy.’

The block the attack took place on receives a good deal of foot traffic, and now has posters plastered all around in hopes that the suspect will be recognized.

‘We also teach our kids to look out for people that look like moms when they feel unsafe. And this woman looks like a person that might have been a safe looking person for the kids. So, what do we tell them now?’ a neighbor told CBS.

The city’s Hate Crimes Task Force is investigating the incident and searching for the woman, who has yet to be publicly identified. Once identified, the woman could face aggravated harassment charges stemming from the incident.

The attack came just days before a 40-year-old woman was shoved in front of a moving subway in Times Square, in what many say was a racially motivated attack.

‘We’re going to make sure New Yorkers feel safe in our subway system. And they don’t feel that way now,’ Adams said just three days after Go was killed. ‘I don’t feel that way when I take the train every day, or when I’m moving throughout our transportation system.’

The mayor’s confession that even he does not feel safe using the city’s public transit was a shock to many. It also comes less than two weeks after Adams and New York Governor Kathy Hochul declared that homeless outreach and police presence would be increased in an effort to combat rising crime rates.