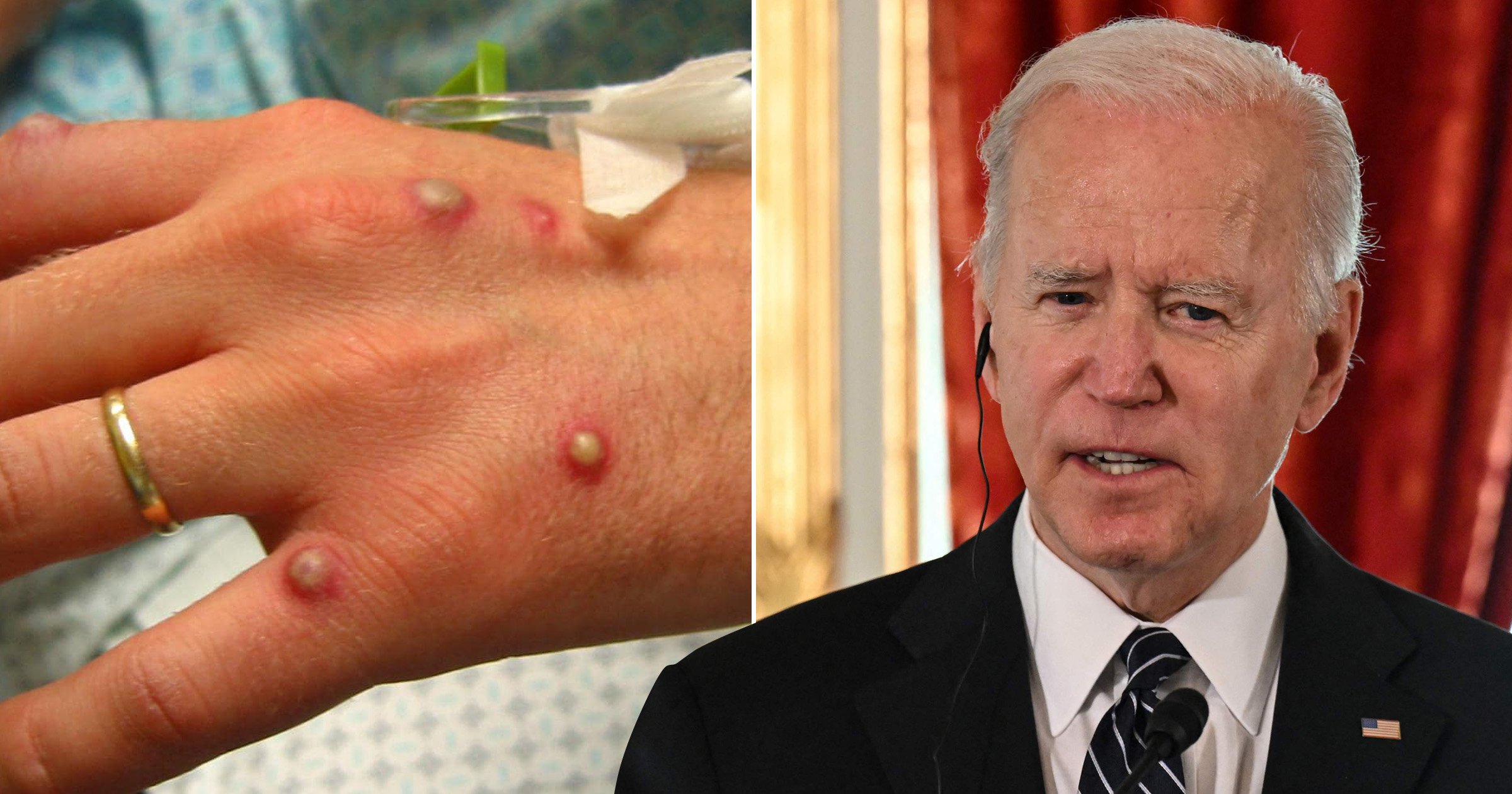 President Joe Biden on Monday said that an outbreak of monkeypox is not as risky as the coronavirus pandemic, countering comments he made a day before that ‘everyone should be concerned’ about the outbreak.

While on a visit in Tokyo, the president said the smallpox vaccine is effective on monkeypox and that the US has enough to counter the growing outbreak, should it worsen.

‘We have had this monkeypox in large numbers in the past. We have vaccines to take care of it,’ he said.

‘I just don’t think it rises to the level of the kind of concern that existed with Covid-19,’ he added.

Despite feeling that the monkeypox isn’t as large of a threat as the coronavirus, he still warned Americans to be careful.

On Monday, health officials said they may have found a third case of the virus in the US in a patient in South Florida.

The first monkeypox case in the US was reported in Massachusetts on Wednesday. The second was found in New York City on Friday.

Monkeypox, which is similar to smallpox but more mild, spreads through close person-to-person contact. At least 85 cases of the virus have been reported across Europe, though the virus mostly occurs in west and central Africa.

While no monkeypox-related deaths have been reported, health officials globally are scrambling to try and learn more about what has caused the outbreak. The World Health Organization (WHO) on Friday said it would be stepping up its efforts to understand the atypical outbreaks of the virus and work to combat it.

According to WHO estimates, monkeypox has the potential to be fatal for up to one-in-ten people, though vaccines provide some protection against serious cases.

Symptoms of the virus appear one to two weeks after infection and include fever, headaches and skin rashes starting on the face before spreading to the rest of the body.