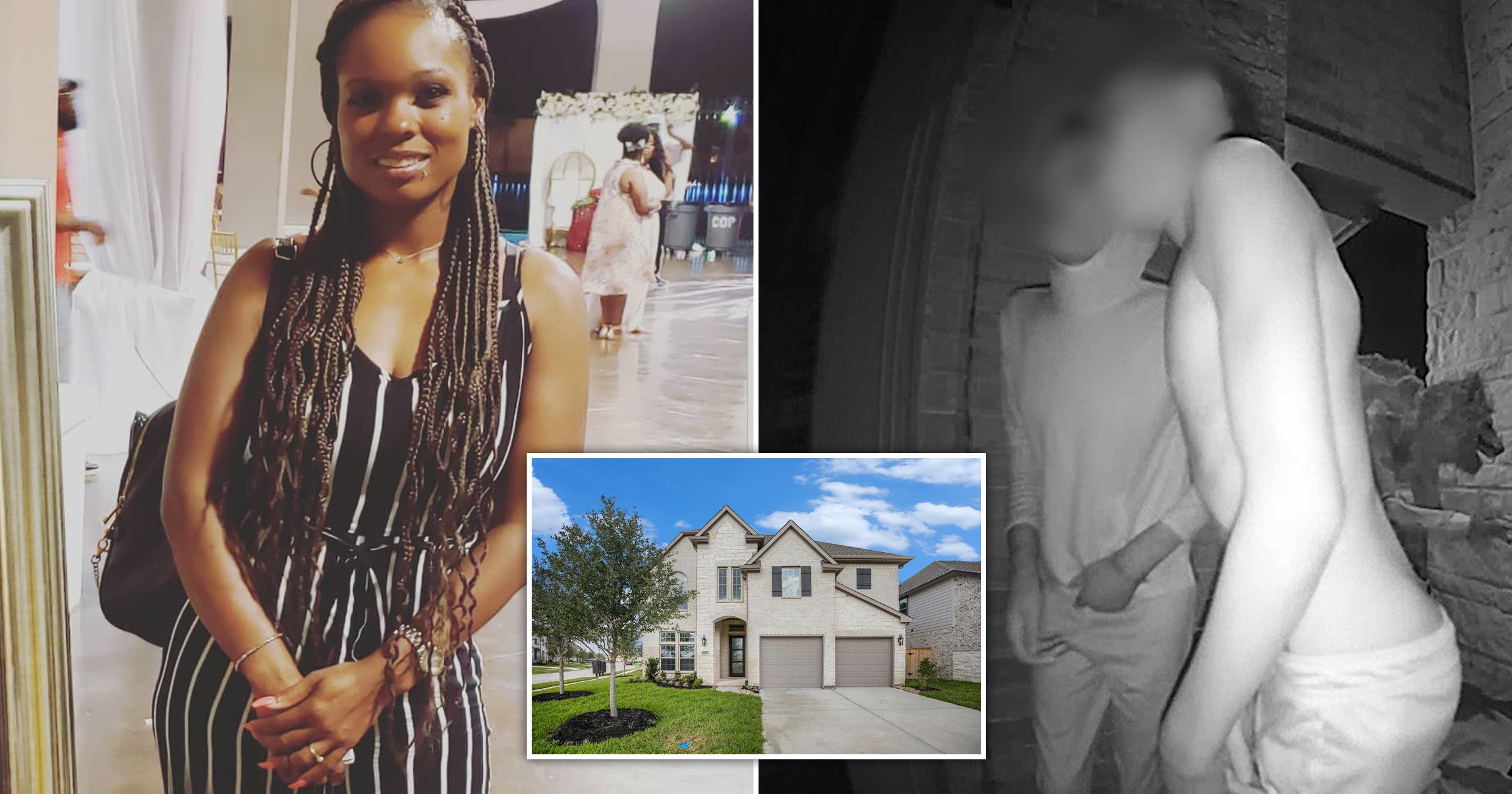 A woman and her boyfriend were arrested following a manhunt after two of her children were discovered having endured horrific abuse.

Zaikiya Duncan and her boyfriend, Jova Terrell, were arrested by Louisiana State Police after an Amber Alert was issued when the couple fled their Houston area home with five of their children.

Deputies from the Harris County Constable’s Office were first alerted to the situation when they arrived at a home in Cypress, Texas for a wellness check on two teenage runaways.

The teenagers, a twin boy and girl aged 16, arrived at the front doorstep and told the homeowners that they had just escaped from their mother’s house.

The twins had walked nearly a half mile through the residential neighborhood after escaping.

‘The twin siblings were covered with bruises, were barefoot, and were partially clothed. The siblings stated that they were starving,’ according to court documents obtained by Metro.co.uk.

Both appeared to be malnourished, and the girl was wearing a gray plastic grocery bag around her neck that she stated she used as a shirt.’

Deputies called for an ambulance to pick up the twins, which transported them to the Texas Children’s Hospital in Katy.

At the hospital, the children were examined by pediatricians and given x-rays. Doctors determined that they were malnourished and sustained bruises and injuries consistent with their stories.

The twins also told investigators horrifying details of the torture they endured at the hands of Duncan and Terrell.

They told investigators Duncan kept them handcuffed to a dolly in her home’s laundry room. Their mother ‘made them drink chemicals such as bleach, Lysol, and would spray “Easy-Off” oven cleaner in their mouths if they talked too much,’ a criminal complaint states.

Duncan ‘would pour bleach on the children causing their skin to burn including their genital area.’

The complain also states that Duncan would drug the children with large doses of Benadryl. At one point, the male twin had a seizure after Duncan forced him to take 24 tablets of the antihistamine.

After that experience, she continued giving him Benadryl to force him to sleep, but dropped his dosage down to 20 tablets.

His twin sister also stated that she was forced to take Benadryl, but did not disclose how many tablets she was given.

Both twins told investigators that they were starving and couldn’t remember the last time they took a shower. For hygiene, they only had access to a mop bucket full of dirty water, and were forced to urinate and defecate in the area they lived in. At least once, Duncan forced the twins to eat and drink their own waste.

For food, the twins said they were given a mustard sandwich, relish sandwich, or bologna sandwich three times per week. They could only access drinking water from the supply valve for the laundry room’s washing machine.

According to the criminal complaint, Duncan would also beat the children using extension cords and metal curtain rods. Terrell would punch the children when Duncan ordered him to.

The children told investigators that Duncan would order her handcuffs and other restraining equipment for her kids from Amazon.

The twins were able to escape from the laundry room on October 18. The boy found the key to their handcuffs in his mothers purse, then hid it in his mouth until 5am, KHOU11 reported.

The woman whose doorstep they arrived at originally told the local station that she was overcome with a ‘flood of emotions’ when she realized what the kids had been through.

‘How a mother could do this to her kids and… I feel like my tears are out of frustration, anger and sadness,’ she said.

After the twins were sent to the hospital, deputies went to Duncan’s home to investigate. They found Duncan and Terrell had fled, taking their five other children with them.

Police immediately issued an Amber Alert for the five children, all boys between the ages of 7 and 14.

Duncan and Terrell were arrested two hours after the alert was issued across the Louisiana border in Baton Rouge. They only had one child with them, having dropped the others off at a relative’s house.