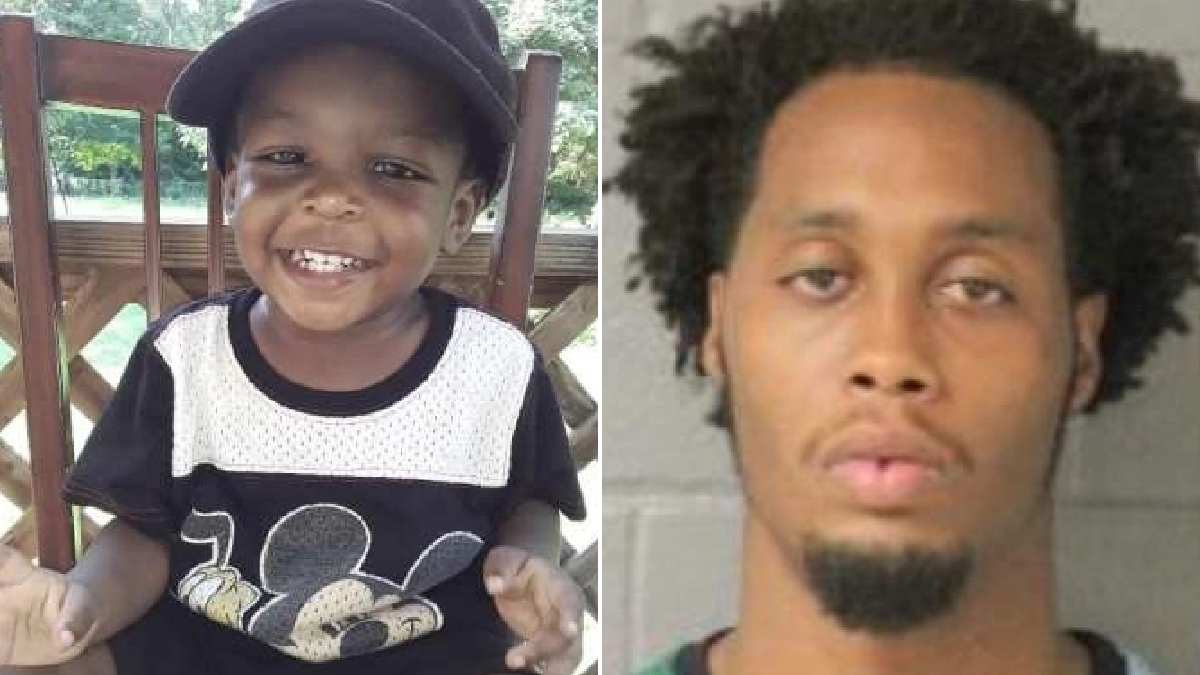 A mother covered-up for her boyfriend after he beat her two year-old son to death while potty training him, police say. Darielle Williams is accused of lying for Johnvonte Johnson after Johnson allegedly murdered two year-old Tevin Jefferson at the family’s home in Houston, Texas, on Tuesday.

Williams and Johnson are accused of telling hospital staff that Tevin was with his mom when he was fatally injured. Investigators allege that Johnson hit the youngster five times, and that he died after falling and striking his head off a toilet.

After Tevin passed out from his injuries, Johnson is said to have taken Tevin to his mom’s workplace, where Johnson and Williams allegedly concocted a false story about what had happened to Tevin. Williams then took Tevin to Houston Northwest Hospital, where he was pronounced dead shortly after arriving in its emergency room.

Johnson was previously investigated for abusing Tevin, but Williams continued to leave her son in her boyfriend’s care, KHOU reported.

Williams and Johnson have both been charged with causing injury to a child, and serious bodily injury. Harris County Sheriff’s Office said Johnson’s charges are likely to be upgraded to murder in the coming days.

Both are being held in jail ahead of their next court appearance.