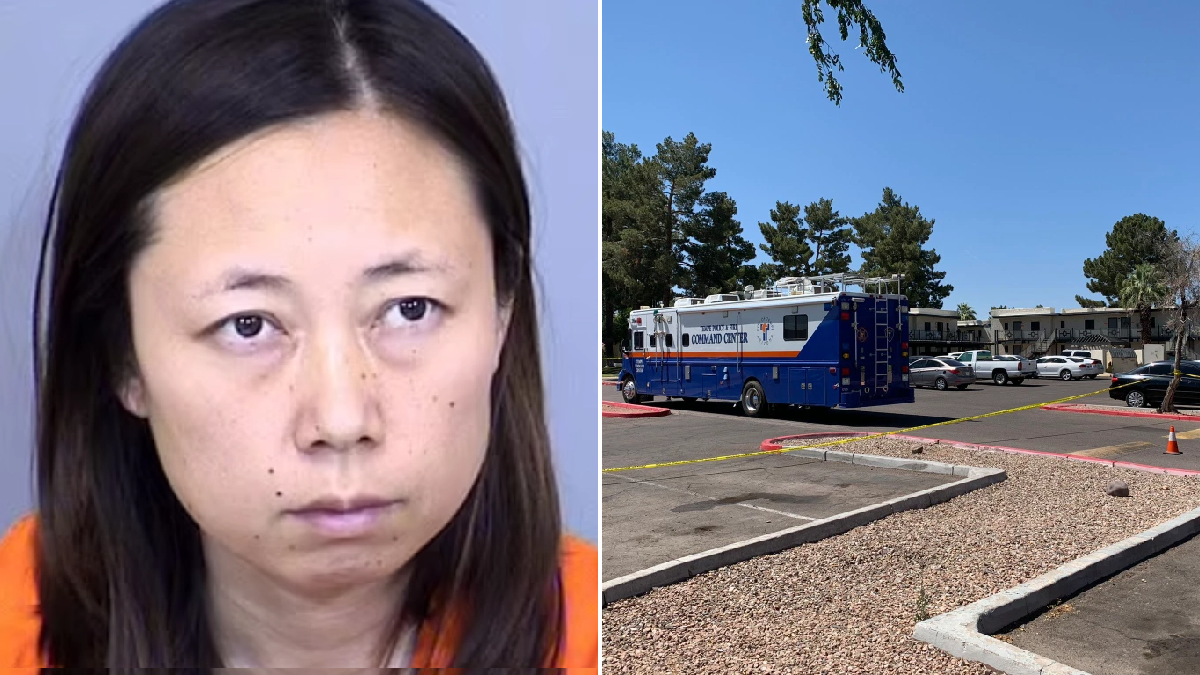 A mother accused of murdering her two young children told police hours earlier she was hearing ‘voices telling her to kill her kids’.

Yui Inoue, 40, allegedly murdered her nine-year-old daughter and seven-year-old son who were found dead by police inside the family’s home in Tempe, Arizona, on Saturday. Just a matter of hours before the bodies were discovered, Inoue apparently flagged down a passing police officer and told him she was hearing voices telling her to kill the children.

She has since been charged with two counts of first-degree murder, Tempe Police sergeant Steven Carbajal said during a press conference.

He said that prior to Inoue’s arrest, officers responded to a domestic call from Inoue’s apartment at around 12:30am the same morning.

Police separated Inoue and her unnamed husband, who were allegedly fighting, then checked on the welfare of the children and left the scene when tensions settled down, Carbajal said. Officers reported that the children were ‘fine’ at the time.

‘It didn’t seem like there was an immediate threat to the children’, Carbajal said.

Then, at 7am, an Arizona police officer was stopped by Inoue as he was heading out for patrol. That’s when she told the officer she was hearing voices ‘telling her to kill’ the children.

Officers raced to the mother’s apartment – located around 11 miles outside of Phoenix – and found a girl, aged nine, and seven-year-old boy dead ‘with obvious signs of physical trauma’, Carbajal said.

‘It was a very tragic what officers encountered, and we’re trying to support the father and our officers right now’, Carbajal added.

‘Our officers are really struggling.’

The children’s father wasn’t home at the time of the alleged murders and is not considered a suspect, the Arizona Republic reported.

Carbajal said the father ‘broke down’ when police told him what had happened to his beloved children, according to the local newspaper.

Police told the Arizona Republic that they don’t have any previous records of domestic calls to the house.