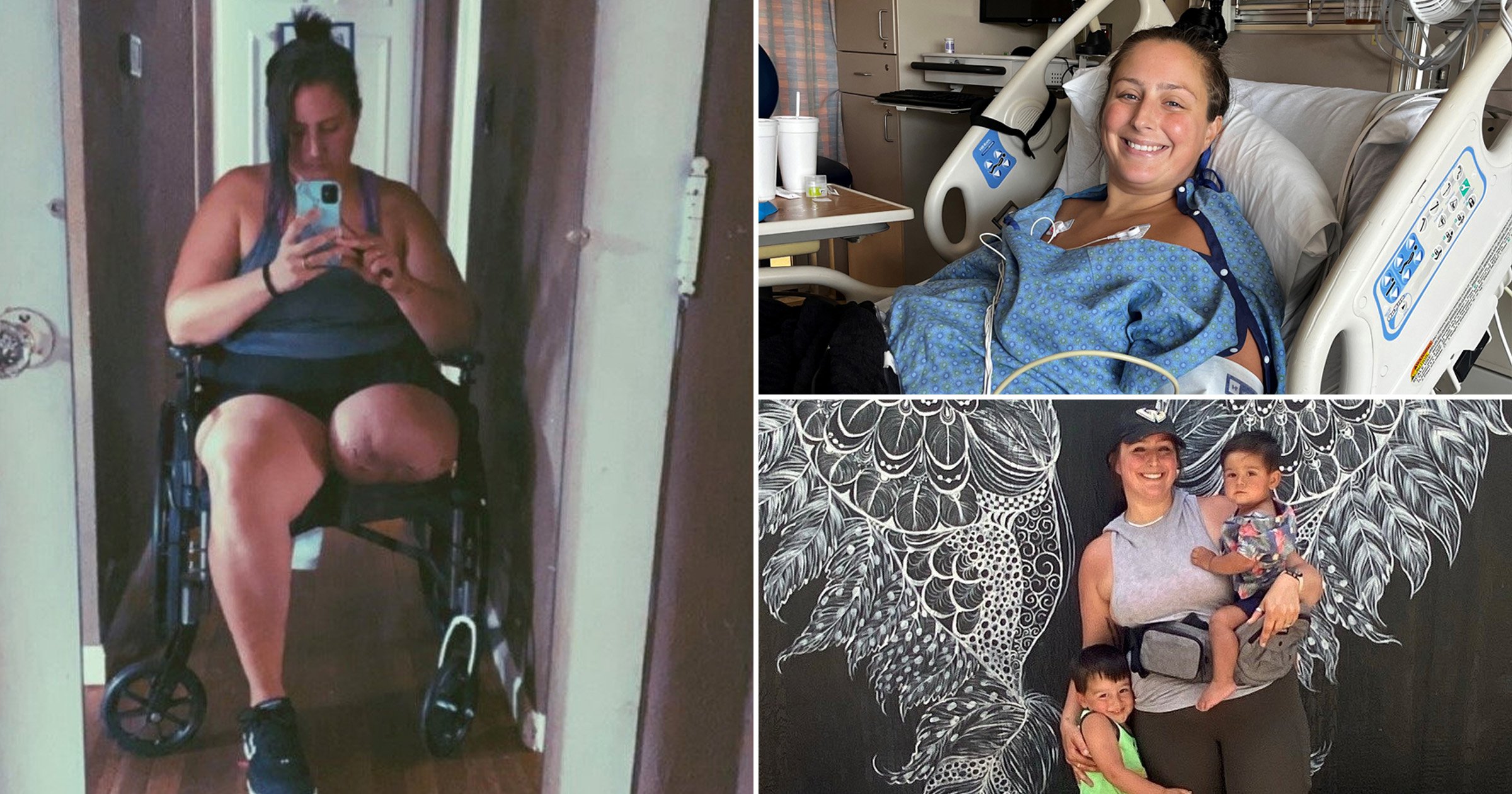 A mum was left ’emotionally destroyed’ after a fall in the garden while playing with her kids ended up with her needing to have her leg amputated.

Deanna Crump, 31, described seeing her leg ‘hanging there’ after tripping while running in her back yard in Down River, Michigan, US, on August 14.

She was rushed to hospital where it was discovered she had fractured both bones that connect her knee, torn multiple ligaments, and damaged arteries.

Doctors were particularly worried about not being able to ‘find a pulse’ in her leg, so they took her into emergency surgery to try get the blood flowing again.

But things got worse as multiple blood clots were found which had to be removed in second surgery.

This procedure did not go well and Deanna had to undergo a third one.

Things looked like they were finally starting to go right, with the stay-at-home mum regaining blood flow in her leg and foot.

Unfortunately, the good news did not last for long, Deanna began bleeding internally and she had to go under the knife for a fourth time.

During this surgery, a doctor accidentally nipped an artery in her stomach. She lost so much blood from this that almost died and needed a blood transfusion.

More blood clots were also discovered and the she once again lost the pulse in her leg and foot.

Her foot and toes started ‘turning black’ and she was told her leg was ‘dying’.

Deanna went on in this condition for a week, until doctors told her there was nothing they could do to save her right leg.

She was given 45 minutes to process this news before she was taken into surgery to have it amputated it from below her right knee.

She said: ‘All I kept thinking was: “Is this my life?” Emotionally I am destroyed over it.

‘When I got home, I had a few bad days at first – lying in bed all day and crying. But over the last week or so I am starting to feel better, getting up and going outside again with my family.

‘Physically I am over a month post-amputation, and I am still in pain every day.’

Deanna now does physical therapy twice a week. She is expected to be fitted with a prosthetic by the end of the year.

The family have set up a fundraising page to pay for the home renovations needed to accommodate Deanna – installing a ramp for example.

They also need enough money for her husband Jerry, 38, to be able to take time off work to take care of Deanna and their children, aged one and three.